Here a few photos taken at Bobbiwaa SCA. Located on the western edge of the Great Dividing Range, this park has an inland climate. It is a recent creation and still in the process of renaturalisation (former state forest). It is dominated by eucalypts, i.e. sclerophyll woodland. Note that some photos presented on this website are available FOR SALE.

This park forms part of a chain of nature reserves called the "Brigalow and Nandewar Community", which was created to protect fauna and flora along the western slopes of the Nandewar Range, which in turn is part of the Australian Great Dividing Range. 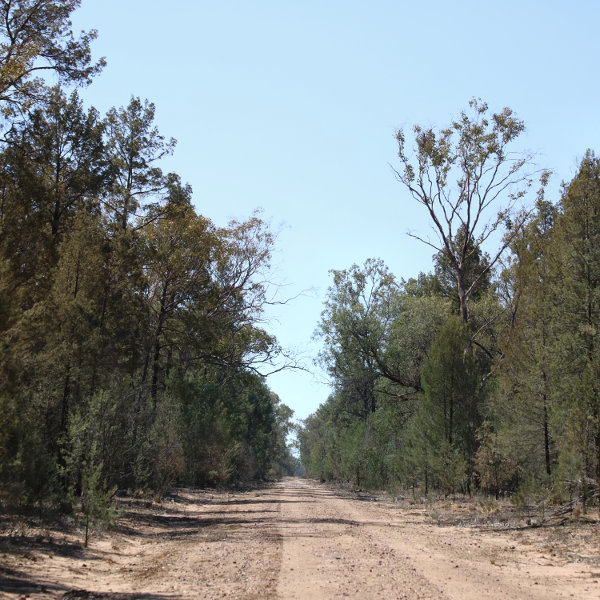 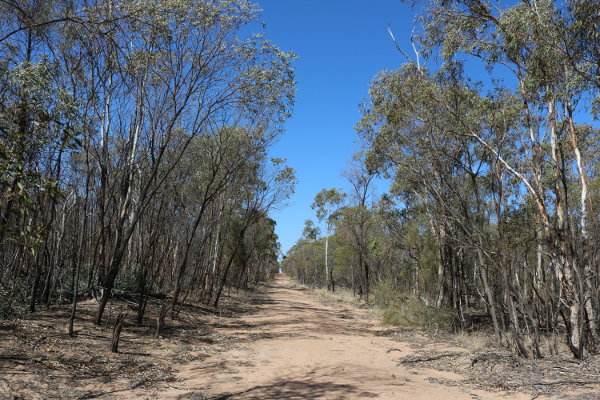 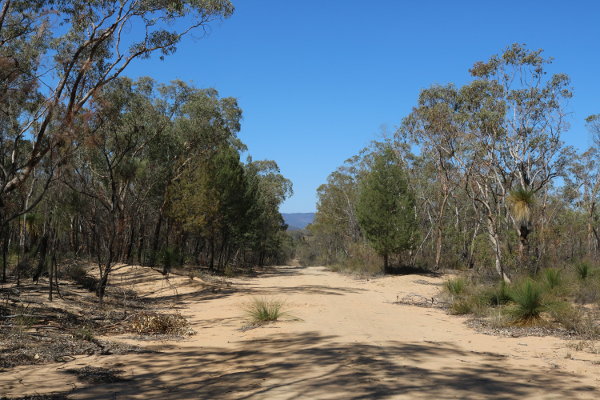 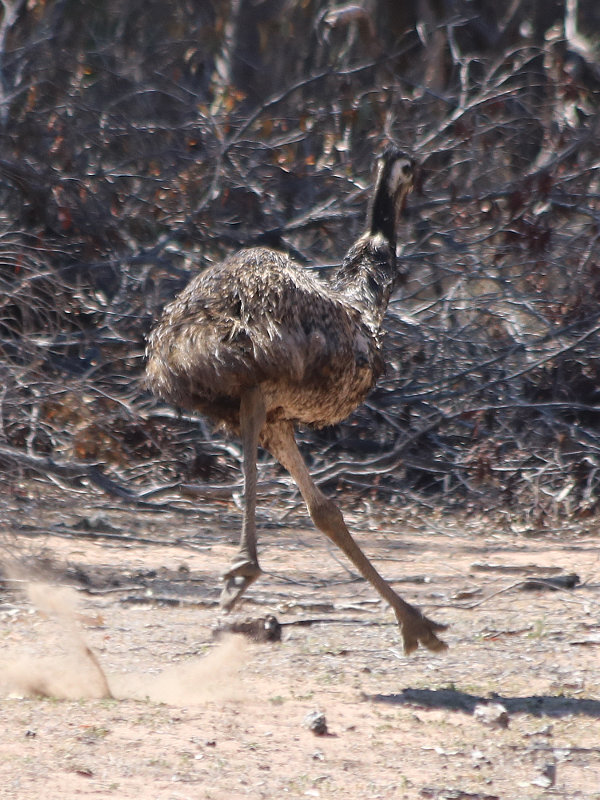 Emu going around a bend - 200 m sprinters take note of the technique... 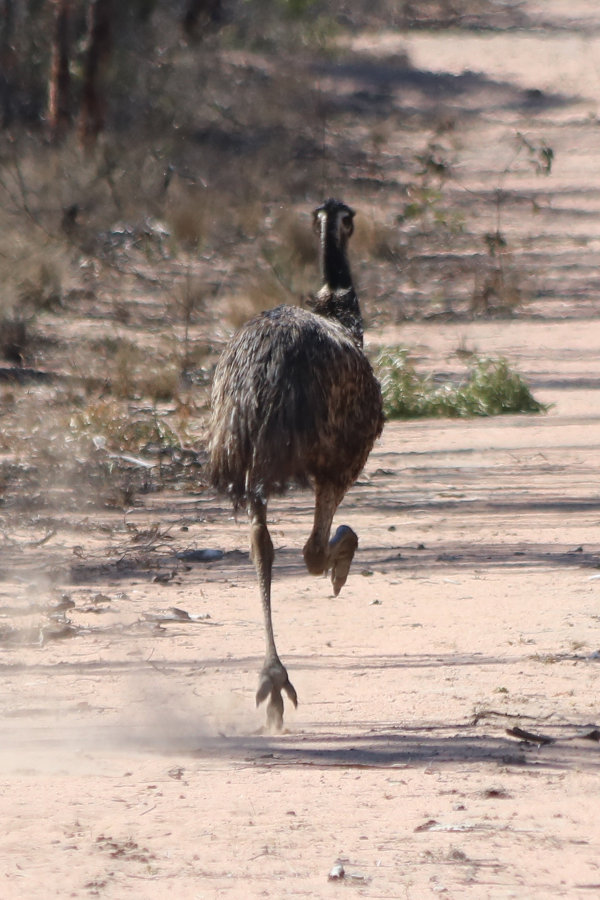 ... and then show the rest of the field a clean pair of heels!