Here photos taken by us at Assateague Island. It is a National Park since the early 1960ies, when all houses and roads there were devastated by a severe storm. Since then the island is left untouched by human development, except access facilities for visitors to the park. Growth on the island is generally low, with salt-tolerant species dominant. There are significant differences between the seaside and the landside of the island. 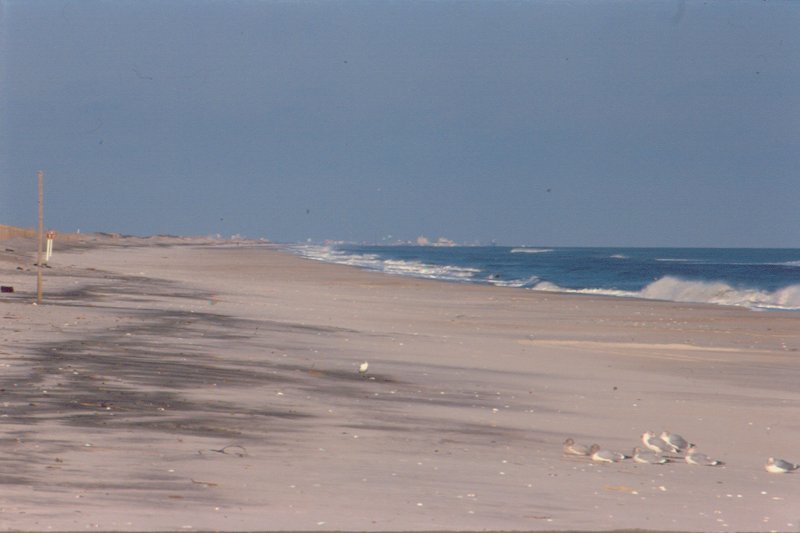 Assateague Island beach of the Atlantic Ocean, looking towards north; in the background one can see Atlantic City 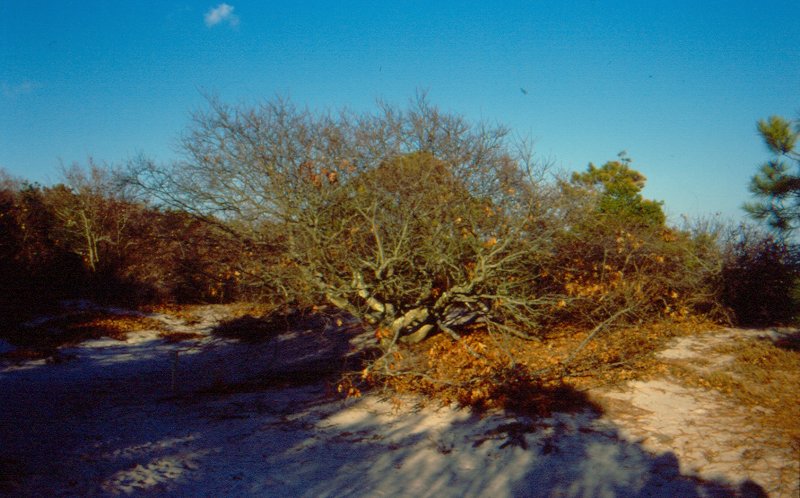 In the dunes low shrubs and conifers dominate the vegetation 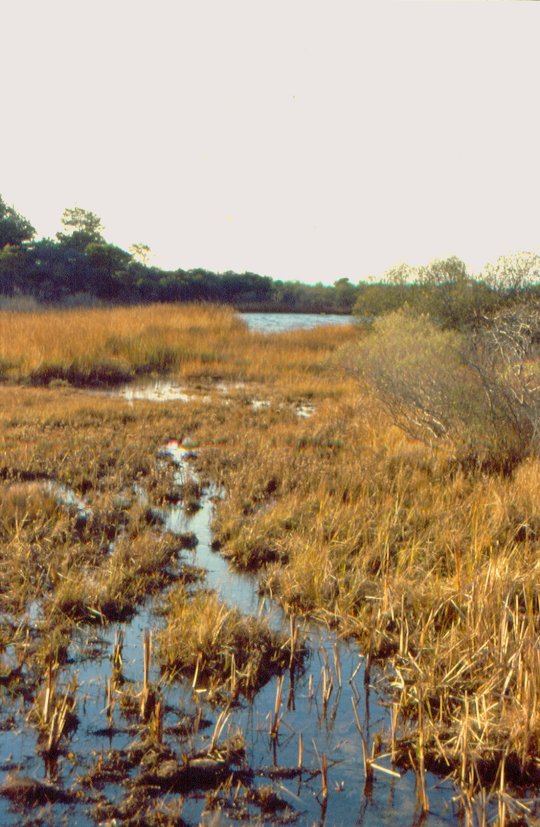 On the Chesapeake Bay side of the island there are shallow bays, often covered by reeds 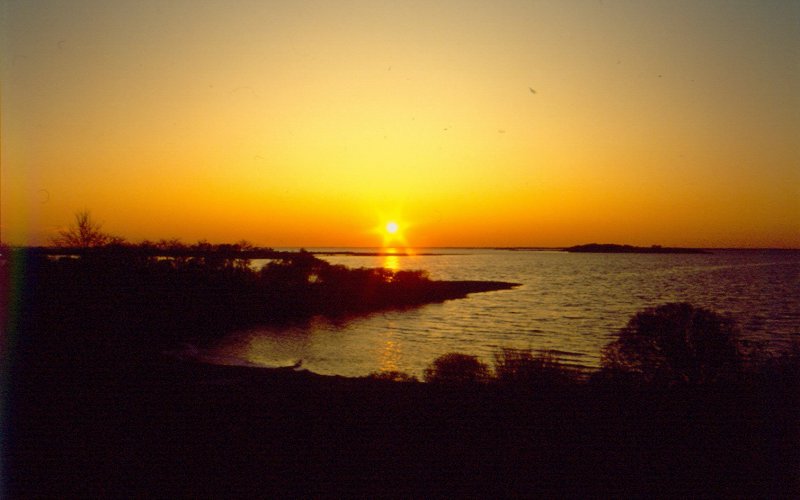 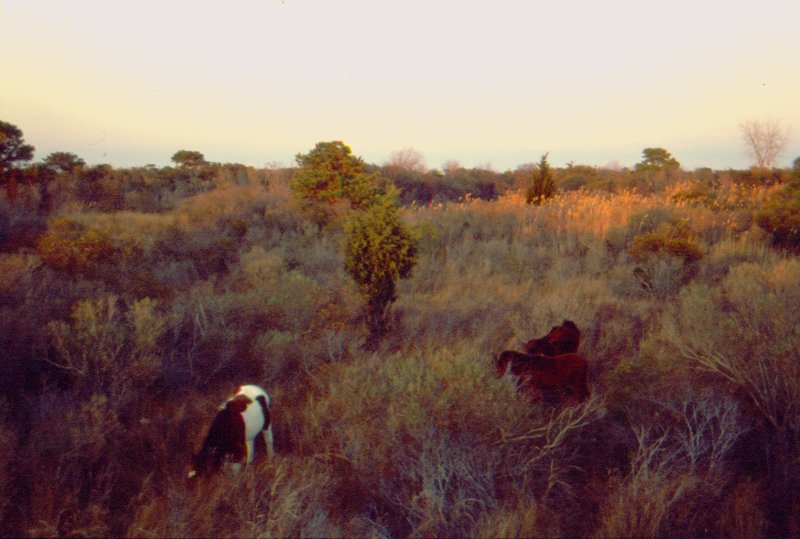