The Parkes 64-m telescope is one of the largest single dishes in the southern hemisphere. It became famous for its role in supporting the Apollo 11 lunar landing mission in 1969. Everybody who has watched the movie of the same name will know why it is called "The Dish". 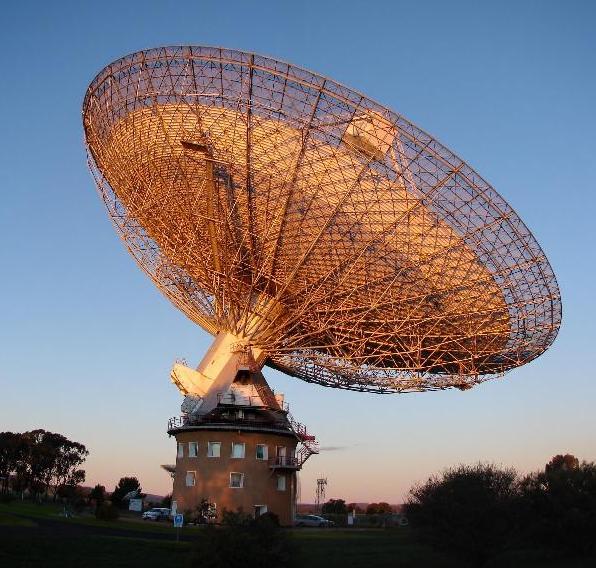 Since its construction and commissioning in 1961, the Parkes telescope has undergone several upgrades, extending its range into areas nobody would have believed possible in the beginning. These days the telescope surface out to a diameter of 54 m is capable of observing radiation with a wavelength of 12 mm, while initially 6 cm was the limit.

Besides performing a lot of galactic studies such as HI line observations and pulsar research, the Parkes dish has been used to conduct an HI survey of the nearby Universe (HIPASS) and participates in Australian and global VLBI observations.

It is also still occasionally involved in the support of space missions. One example for such mission support is its contribution to NASA's Mars missions at the turn of the year 2003/2004. The Mars mission support was the incentive for a major Parkes telescope surface upgrade. 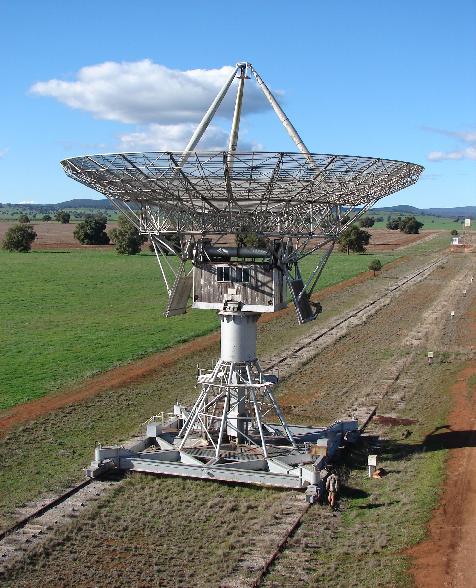 The old 18-m telescope which, together with the 64-m dish, formed the so-called Two-Element Synthesis Telescope (TEST) in the late 1970ies and early 1980ies (click on image for larger version).

There is now also a Parkes telescope photo gallery.