On this page I will introduce two types of mounts of fully steerable telescopes. For other mounts please refer to standard textbooks.

The easiest way of mounting a telescope is by using a vertical pole, placing on top of it a rotatable fork and running an axis through the ends of the fork that goes through the body of the telescope tube. This will enable the telescope to tip (i.e. change altitude) and rotate (change of azimuth angle). Therefore, this simple setup is called an "Altitude-Azimuth" - or shorter "Alt-Az" - mount. The Mopra telescope is a nice example of an Alt-Az mounted telescope. In the photo posted in this page one can see clearly how the whole telescope rotates on a circular azimuth rail, while the dish is tipped with respect to a horizontal axis. The elevation gear is pointing towards the viewer.

Historically, telescopes were developed with one of the main drivers to ease the process of "tracking" or "guiding" a source across the sky. And an Alt-Az drive makes tracking quite tricky. An easier way of doing it is by using a primary telescope axis that is oriented parallel with the Earth's rotation axis. The second axis is orthogonal to the first. This is called an "equatorial mount". Depending on the shape of the structure by which the telescope itself is held, one distinguishes between a "fork mount" (obviously when the telescope is held by a fork) or a "German mount" (when it is held by a T-piece). 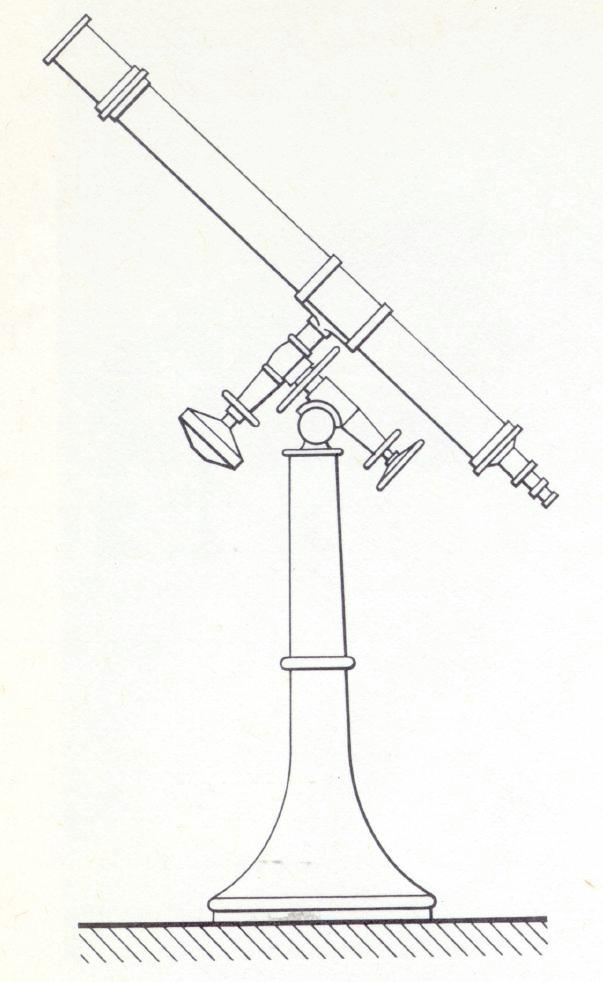 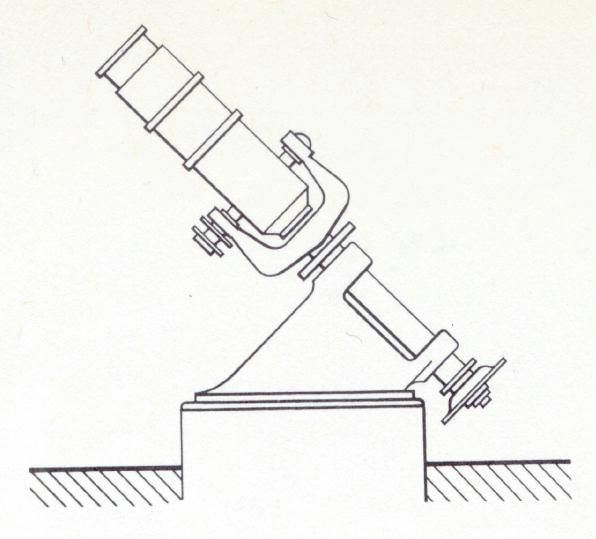 Schematic of a German mount (left) and a fork mount (right)

Despite the obvious advantages in tracking sources on the sky, there are obvious disadvantages to en equatorial mount. First of all, the telescope is positioned at a skewed angle compared to the surface of the Earth and therefore always out of balance. Secondly, if enclosed in a dome, the way such a telescope rotates is not aligned with the structure of the dome building, making it very big. But there is a way to get around these disadvantages. It was not used until quite late; in fact, those first introducing it as their "standard" were radio astronomers - not although, but because radio astronomy is still a young discipline. Why?

Radio telescopes had to be big, because otherwise they have terribly bad angular resolution on the sky. But one cannot mount a huge telescope (we are talking about up to 100 m now) on an axis at a skewed angle, out of balance, and hope it will not collapse. A stable structure would weigh many thousands of tons, if it could ever be built at all.

Back to the Basics

The only solution to this problem is to go back to a vertical primary axis and thereby the "Alt-Az" mount. Nowadays also "Az-El" for " Azimuth-Elevation" is in use.

As mentioned above, this structural advantage is paid for by a disadvantage: In order to track a source on the sky, an Az-El mounted telescope must track in two axes simultaneously, while an equatorial mount tracks in only one axis. Radio astronomers were the first to tackle this problem, because they were also the first to introduce computers as their telescope control systems. Computers can handle tracking in two axis, thereby overcoming this shortcoming, while any mechanical device (or a human operator) will struggle. Because this new technology became available at the time, radio astronomers were the first to eagerly grab it and make use of it. In this one respect it took optical astronomers decades to catch up with their colleagues working in the radio regime.

It should be mentioned here that compared to equatorial mounts, Alt-Az mounts have another disadvantage, namely that a field of view on the sky rotates compared to the telescope; this motion must be corrected either mechanically or by software.

There are many more telescope mount designs, but most of them are derivatives of the assemblies described above.