Photometry is the precise measurement of photon fluxes of celestial objects.

For objects that, as a whole, don't change (much) with time, such as galaxies, one precise measurement at each wavelength of interest might be all we need for millions of years. A series of photometric observations of an object at various wavelengths provides the so-called "spectral energy distribution", a characterisation of the object's global emission behaviour.

For other types of objects, like e.g. the Sun, various types of variable stars or active galactic nuclei, flux variations are observed on various timescales. In these cases, just one measurement is inadequate to characterise the objects. Instead, one can learn a lot about the physical processes leading to their variable emission by studying its temporal variability pattern. Since photons can only travel at the speed of light, variability timescales provide us with information on the size scale of the time-variable light-emitting region.

A sequence of photometric measurements is called a light curve. An example, namely a series of extreme ultra-violet observations of a nova (named REJ1255+266), is displayed below. 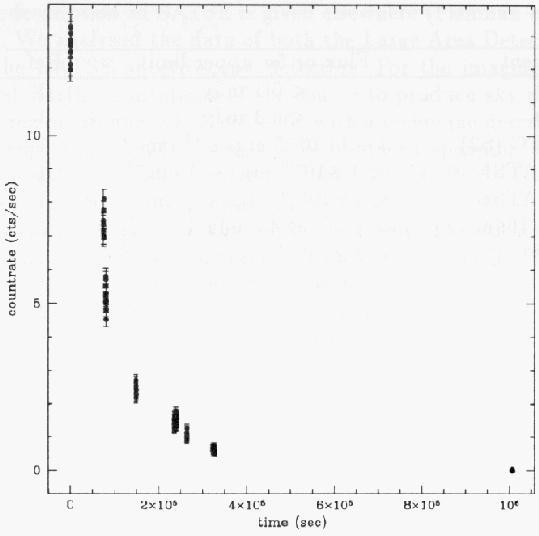 This source was detected serendipitously within the field-of-view of ROSAT observation of another celestial source. The plot above shows the change in observed source brightness over approximately 2 days. 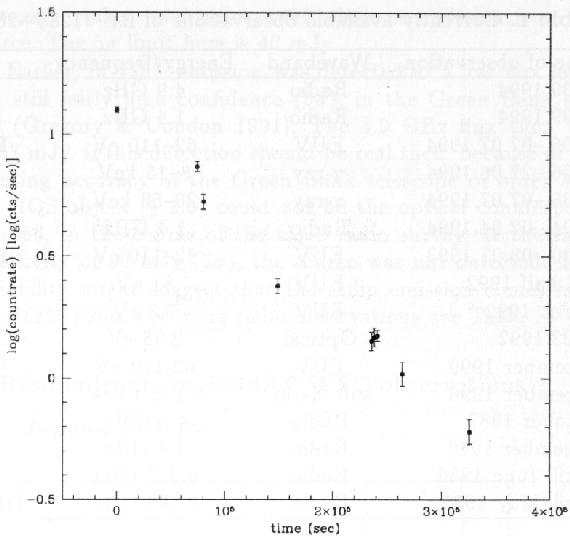 Plotting the logarithm of the observed source flux values, a linear slope becomes apparent, which is the signature of an exponentially decaying source brightness. Such behaviour is typical (amongst other sources) of novae.

For photometric studies one uses photometers.