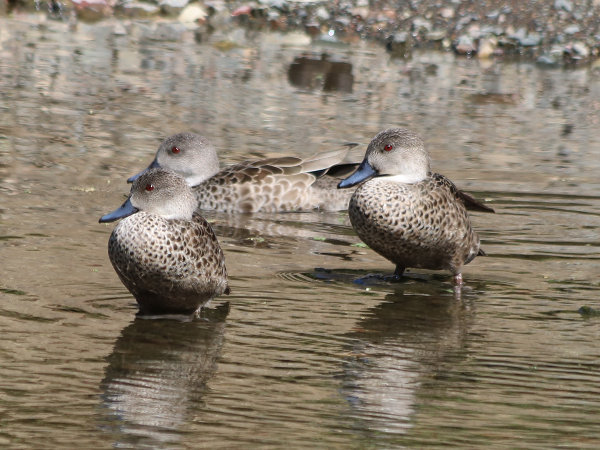 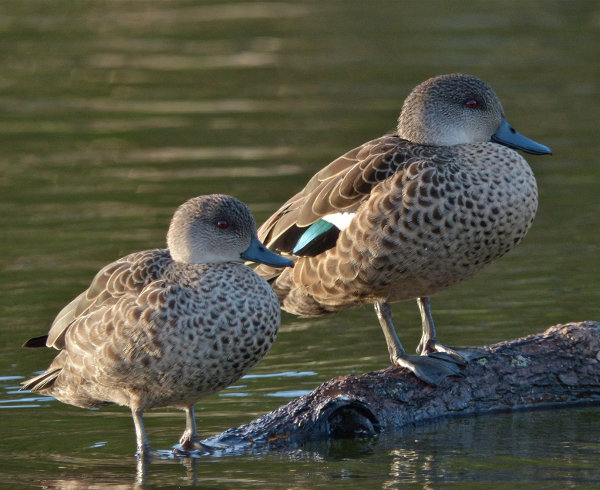 Close-up near-lateral view of a pair of Grey Teals (photo courtesy of B. Hensen) 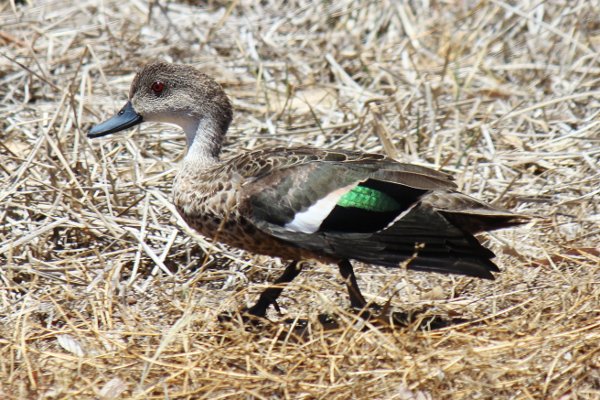 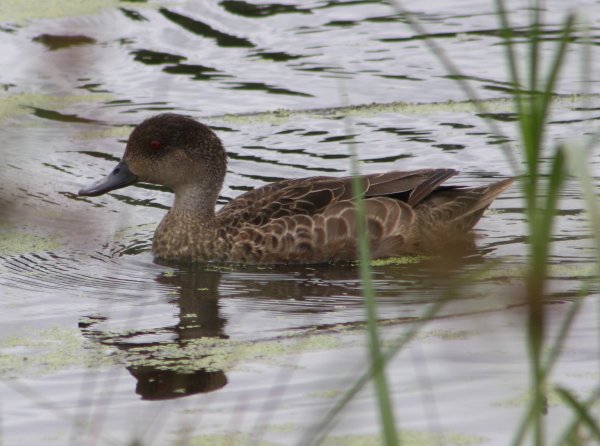 Lateral view of a Grey Teal 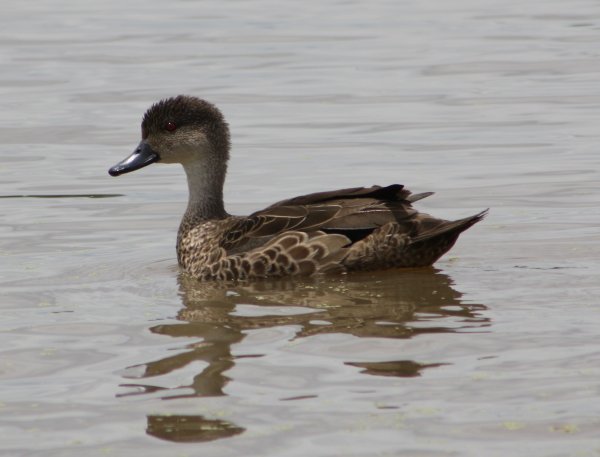 Lateral view of a Grey Teal with its head feathers erect, possibly indicating a posture in defense of its chicks 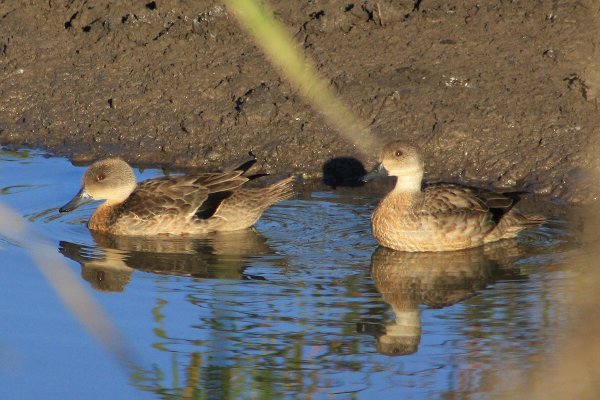 Lateral view of two Grey Teals at an irrigation dam 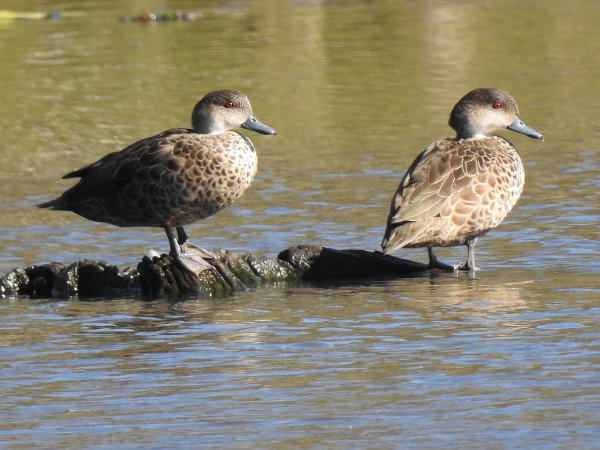 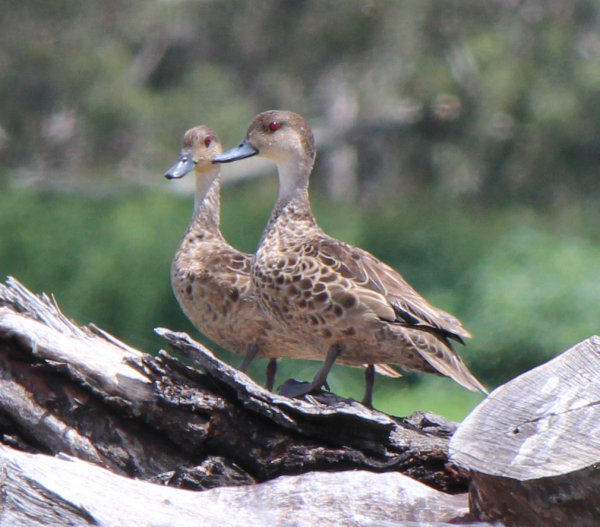 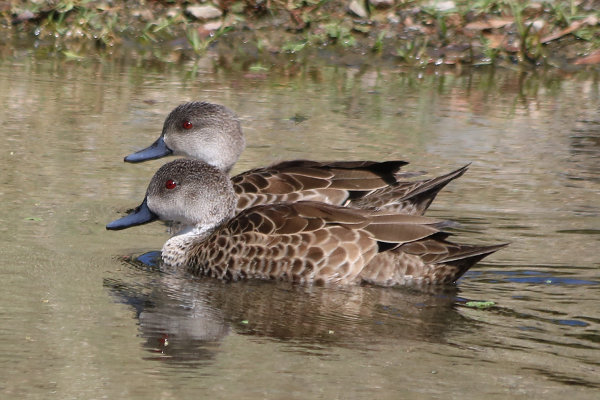 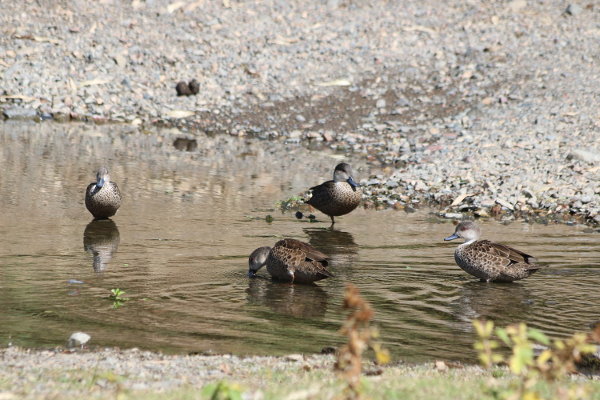 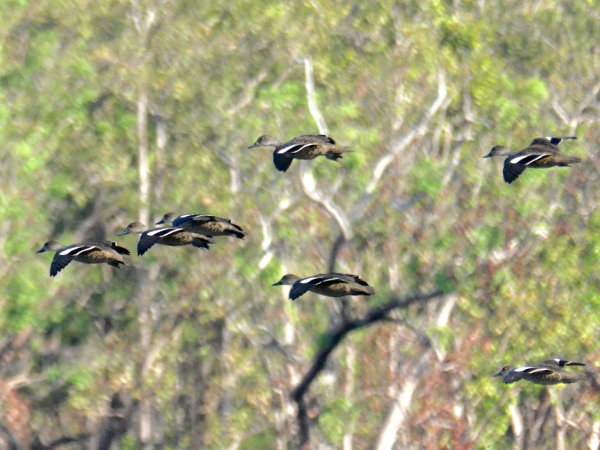 Lateral view of Grey Teals in flight (photo courtesy of B. Hensen) 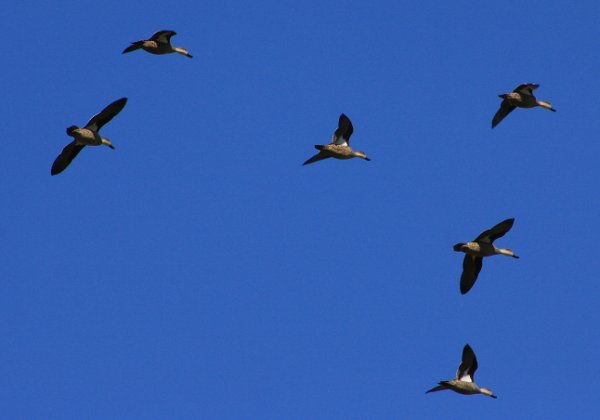 Grey Teals in flight seen from underneath 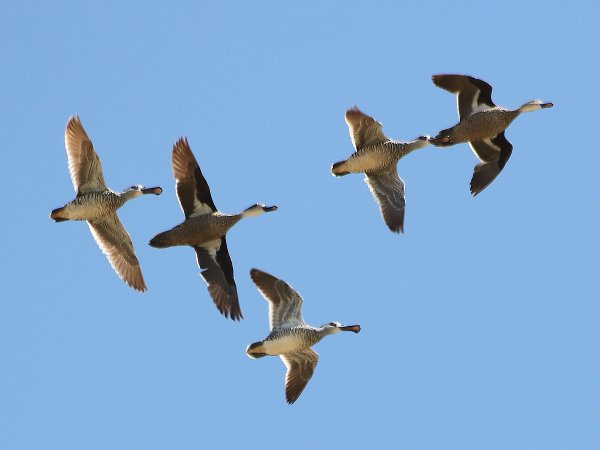 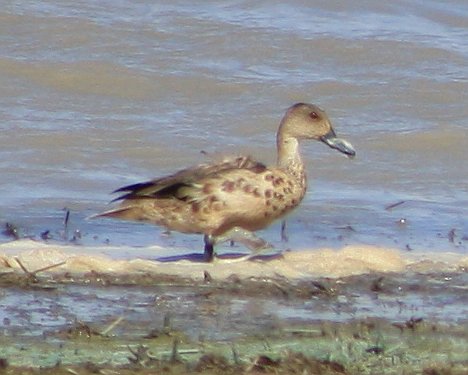 Grey Teal with four of its seven chicks 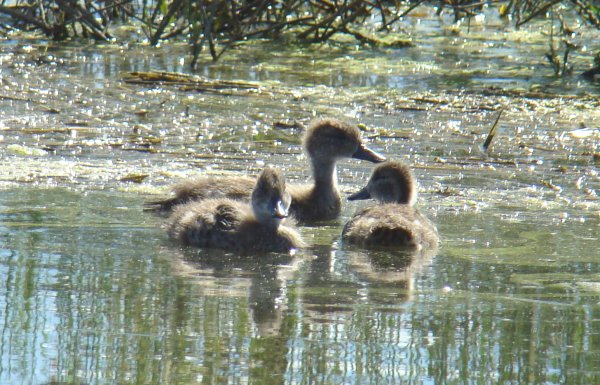 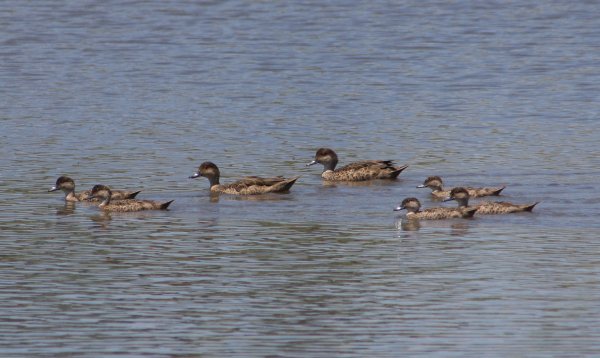 Grey Teal family on a lake 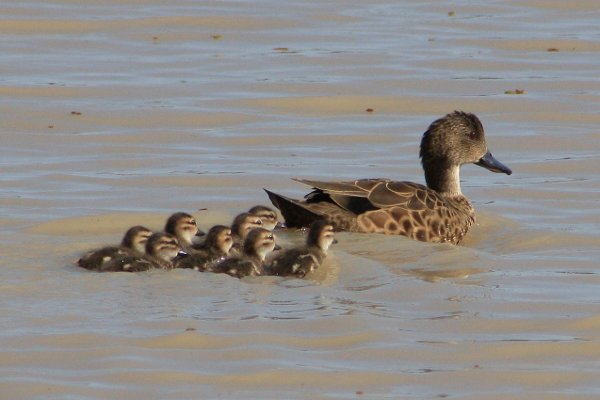 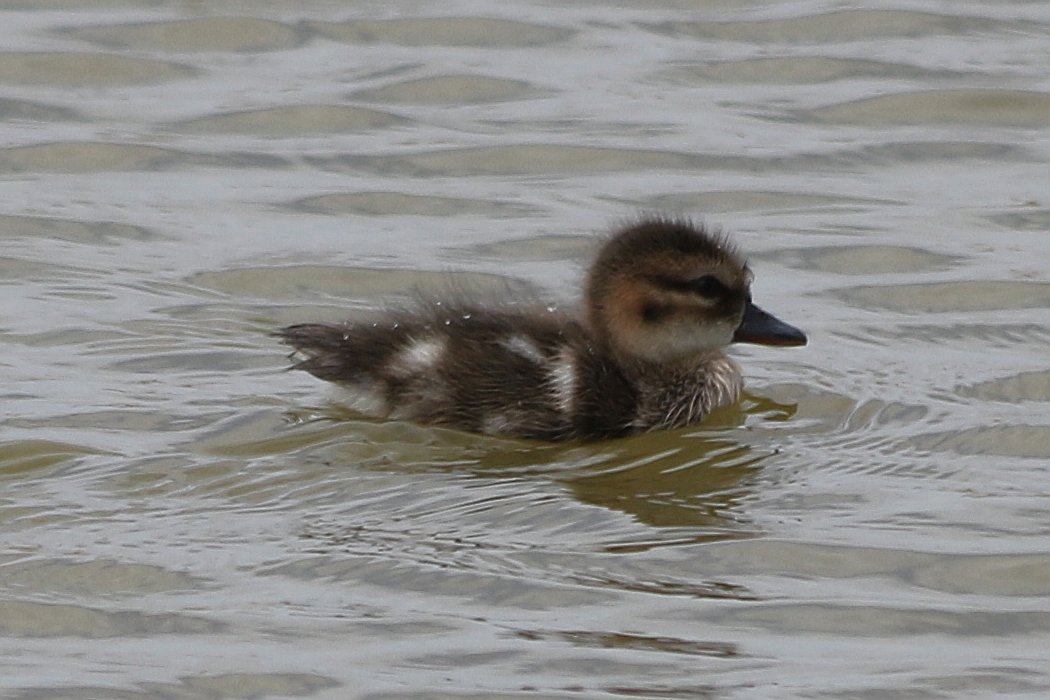 Like other duck species, Grey Teals are sociable birds that, when not breeding, like to congregate in large numbers. 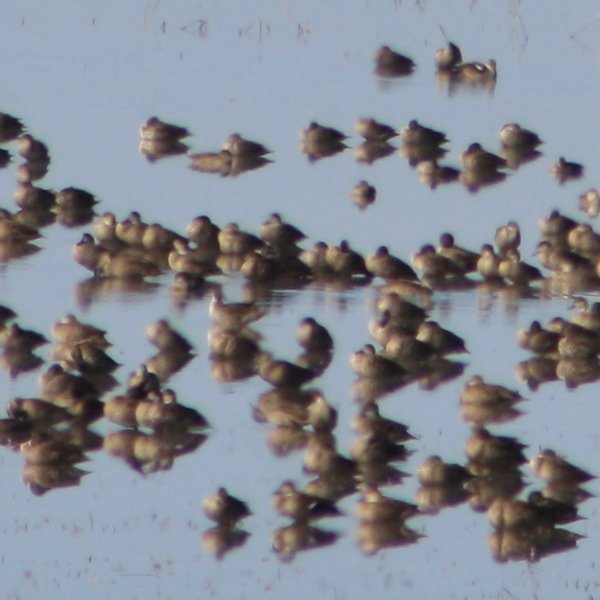 Small section of a huge composite photo (49790x2650 pixels) of about 1500 resting Grey Teals; the original photo permits identification of basically every single bird and shows that the white spots visible in the background of the larger photo are Red-necked Avocets 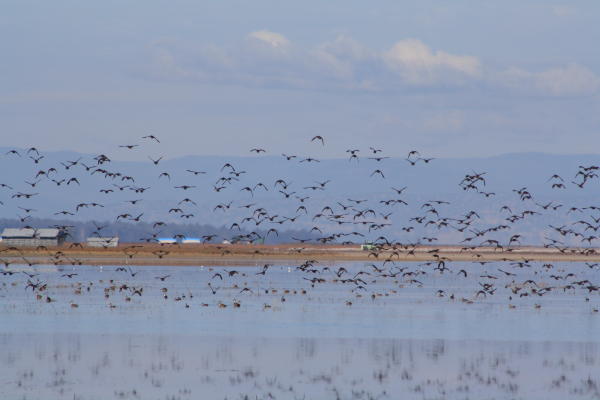 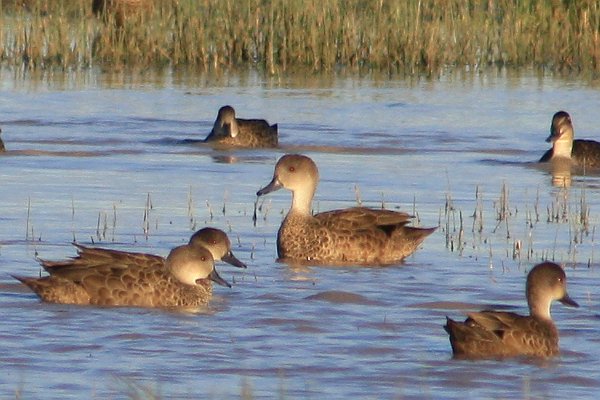 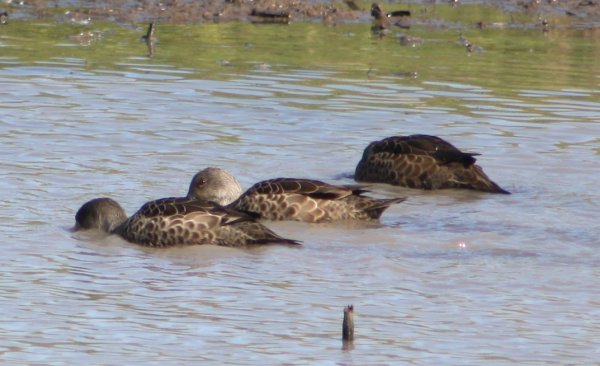 Grey Teals are often seen together with other ducks, in particular Australian Wood Ducks, but also with Pink-eared Ducks. 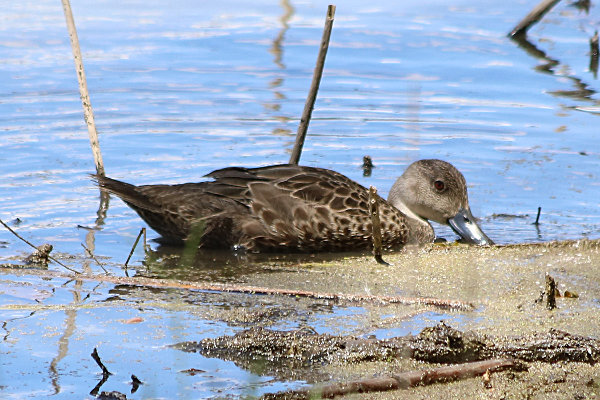 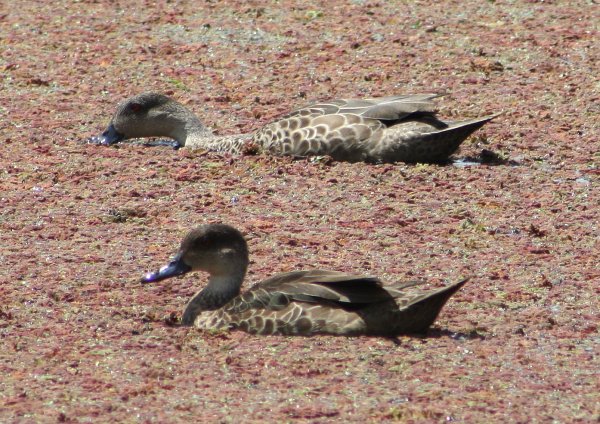 Lateral view of a pair of Grey Teals feeding 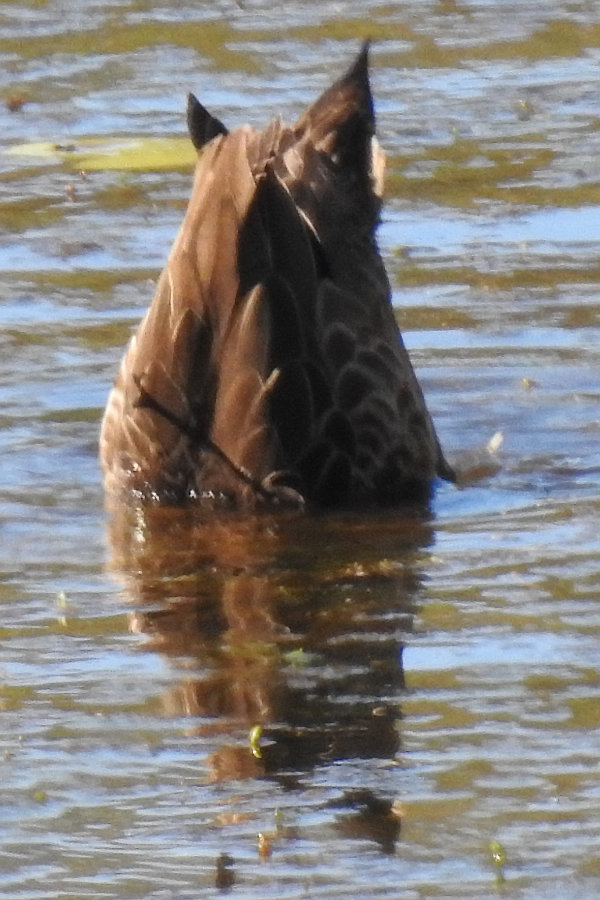