Back to the Australian Hobby main page

What happens when two Australian Hobbies are in the area hunting? We have witnessed such an occasion in March 2011. One should know, as background knowledge, that little will happen in the bird world when Nankeen Kestrels are around. They are known to prefer mice, locusts and lizards. Only very small birds may feel threatened by them. But Australian Hobbies (and also Peregrine Falcons are much more powerful and also faster falcons.

The first signs of something extraordinary going on were various warning calls sounding and at the same time small birds dashing into cover. We saw two Little Friarbirds at full wing stretch, shooting into dense, low trees from underneath at break-neck speed. At the same time a Red-rumped Parrot sheltered in a cypress pine (see photo). 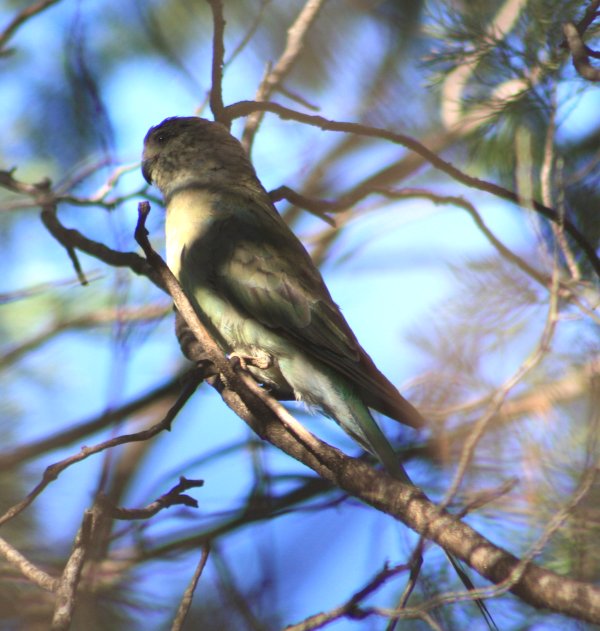 What we found shortly afterwards were two Australian Hobbies using the highest branches of a half-dead ironbark eucalypt ontop of a hill as their perches to hunt from. They always faced into the wind, which was also the side of the steeper downhill slope. 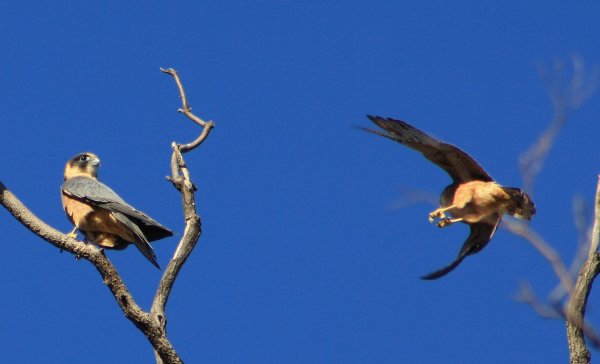 Here the two feared raptors; they checked out the surrounding landscape from the highest vantage point to be found and flew attacks from there, using their elevated position to swoop down on their prey

Various bird species were trying to hustle the Australian Hobbies out of their territories.

The first half-hearted attempt was made by Australian Ravens. But the hobbies just flew a circle when being swooped and then settled back again, until the ravens eventually lost interest (they were not threatened by the hobbies anyway). 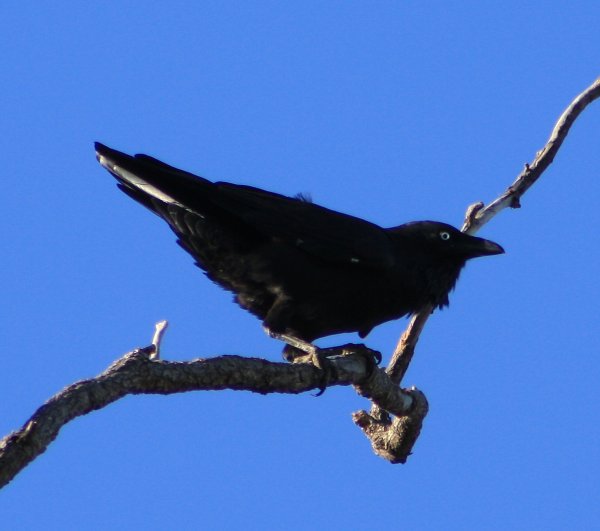 Next to have a go at the hobbies were a family clan of Noisy Miners. Although annoying, they could not dislodge the falcons. Noisy Miners are small enough to be potential prey for Australian Hobbies. They approached the raptors with caution. They stayed in or near cover and hopped along branches more than flying. They certainly avoided flying into open air space (one bird that did was the subject of an unsuccessful attack by one of the hobbies). 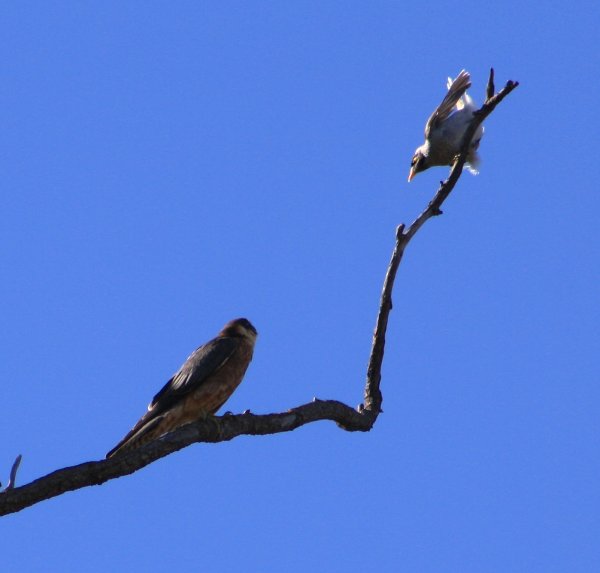 Noisy Miners having a go at the hobbies

Then a family clan of White-winged Choughs tried its luck. 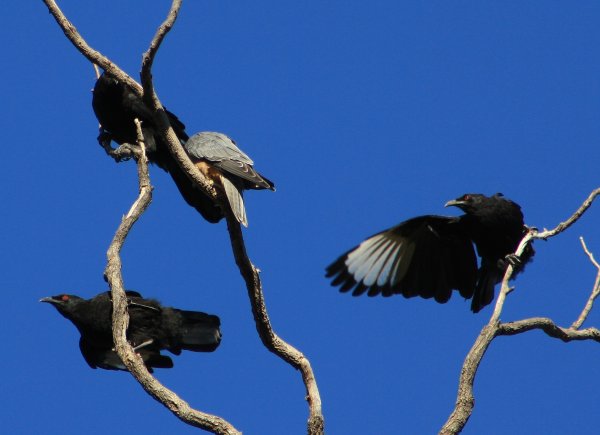 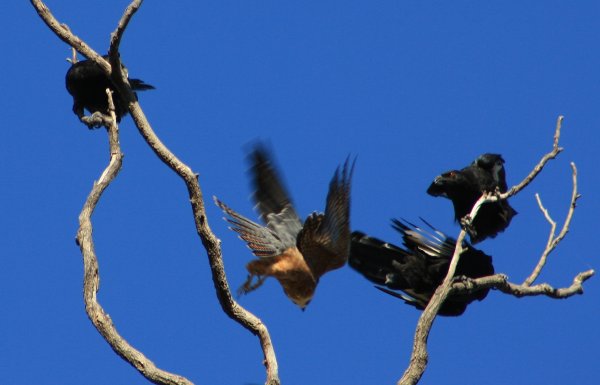 Success was achieved eventually, but it was short-lived and the hobbies came back

And finally Apostlebirds tried - and, where everybody else failed, they succeeded. They had earned their names as "Lousy Jacks" again. 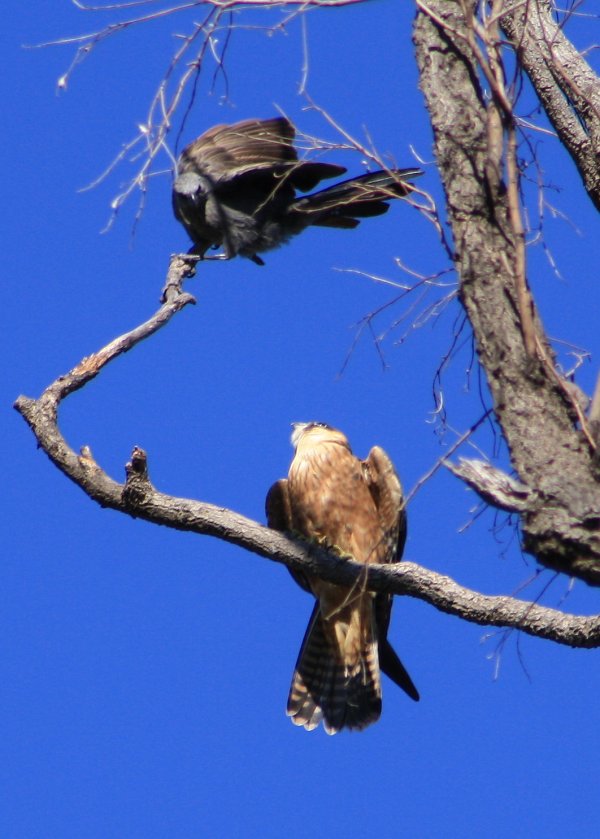 Helped by its mates, this Apostlebird convinced the hobbies that it was time to move on

In the end the hobbies cleared out without having made a catch. No chance to get a photo of a successful hunt.