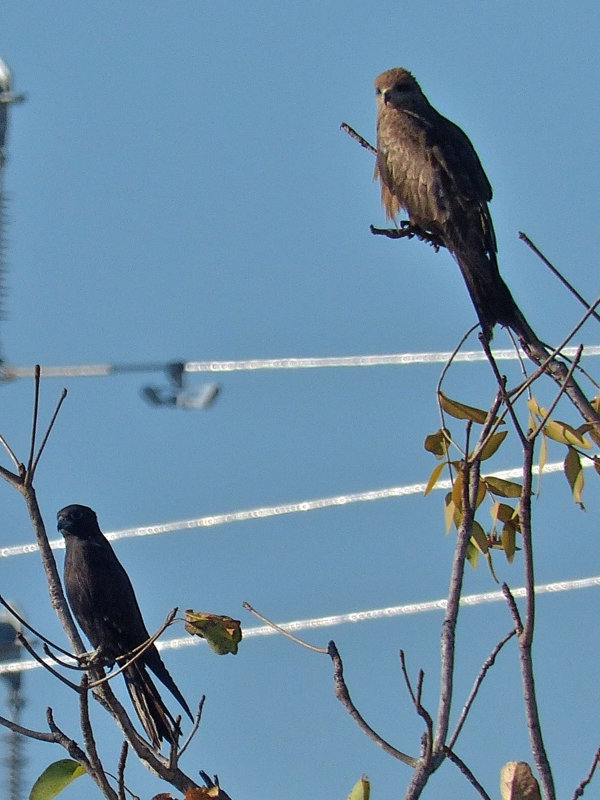 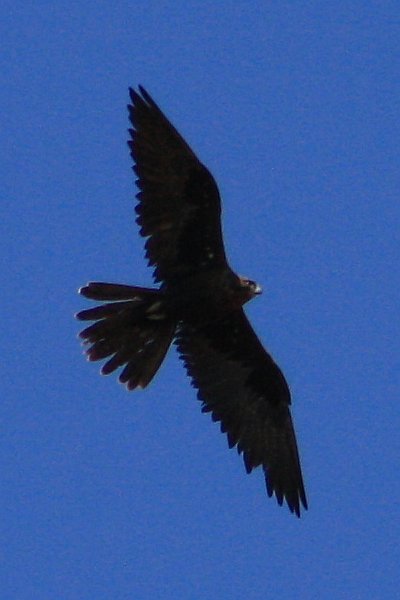 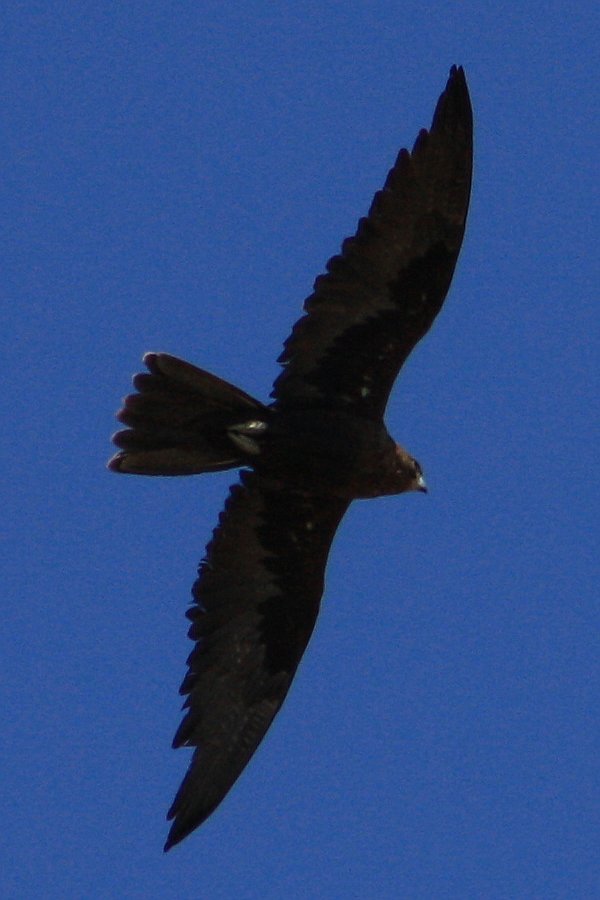 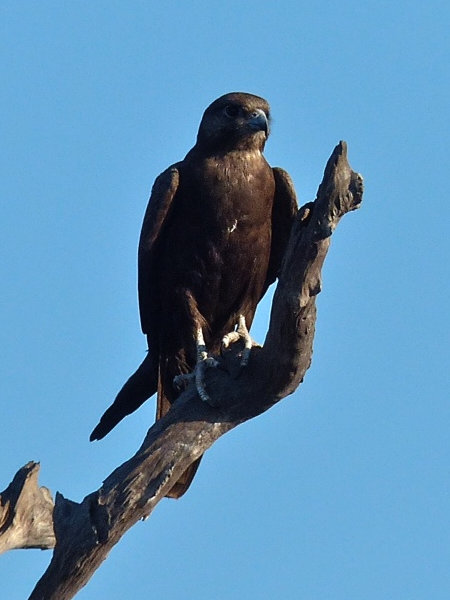 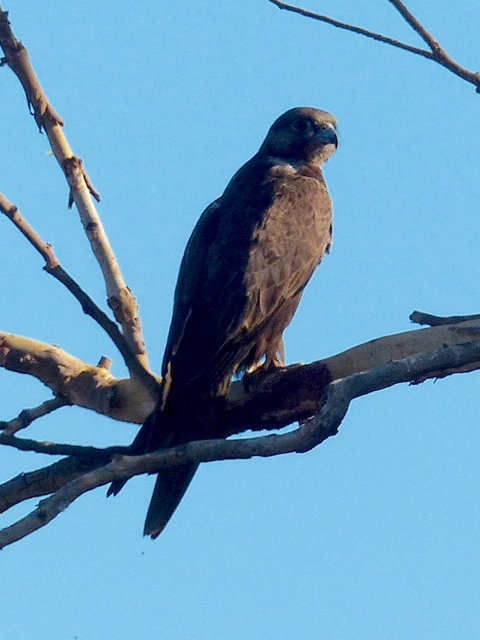 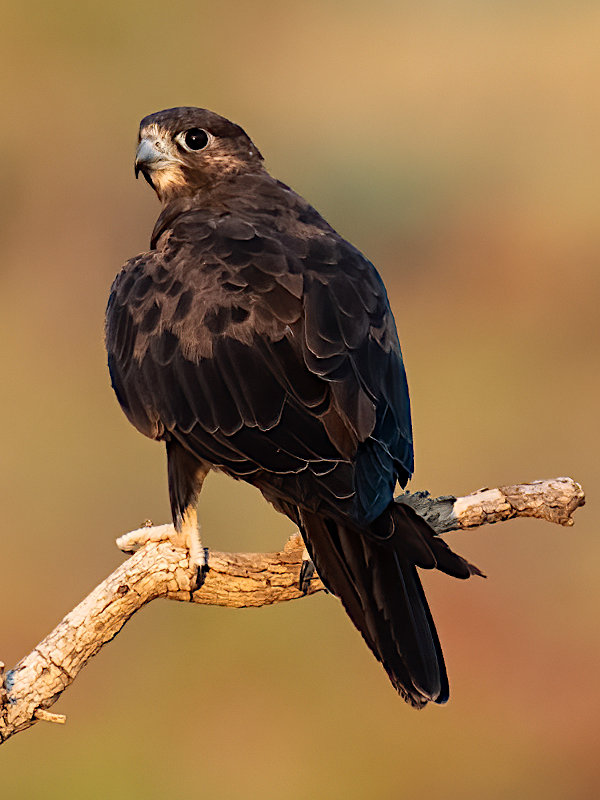 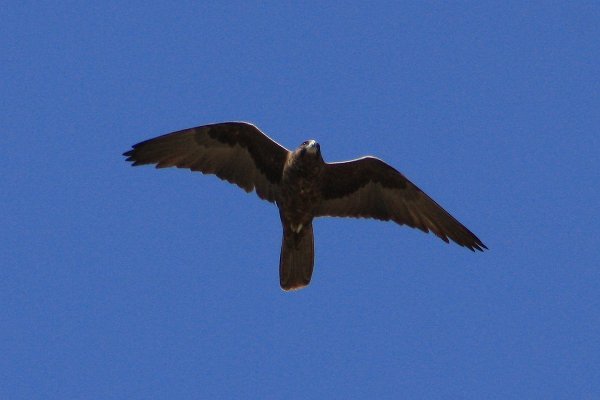 Frontal/ventral view of a female Black Falcon in flight; note how the flight feathers appear to be a lighter shade of grey-brown, because the grey spot pattern is not resolved at this resolution 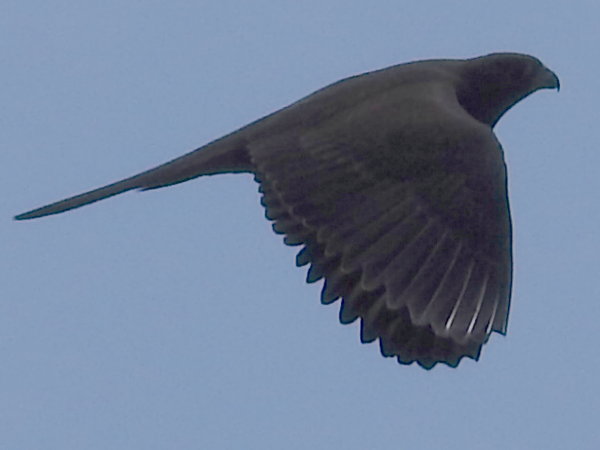 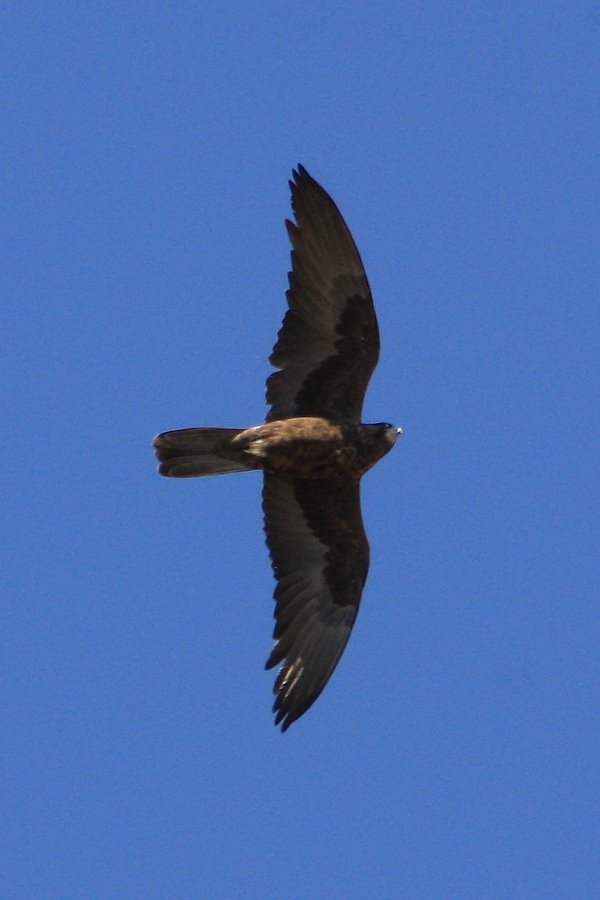 Lateral/ventral view of a female Black Falcon in flight

The timing of the breeding season depends on geographic latitude; the period listed in the table above applies to the south-eastern part of the Australian continent. Black Falcons can, in principle, breed from June to December.

The female incubates the eggs and also stays in the nest with the chicks until they are strong enough to be left alone. Until then, female and chicks depend entirely on the male to provide them with food.

Black Falcons do not build their own nests. They either re-use or take over nests of other species - either other raptors' or those of corvids (ravens or crows). They may scrape off material they don't want to use, but they do not refurbish the nest. 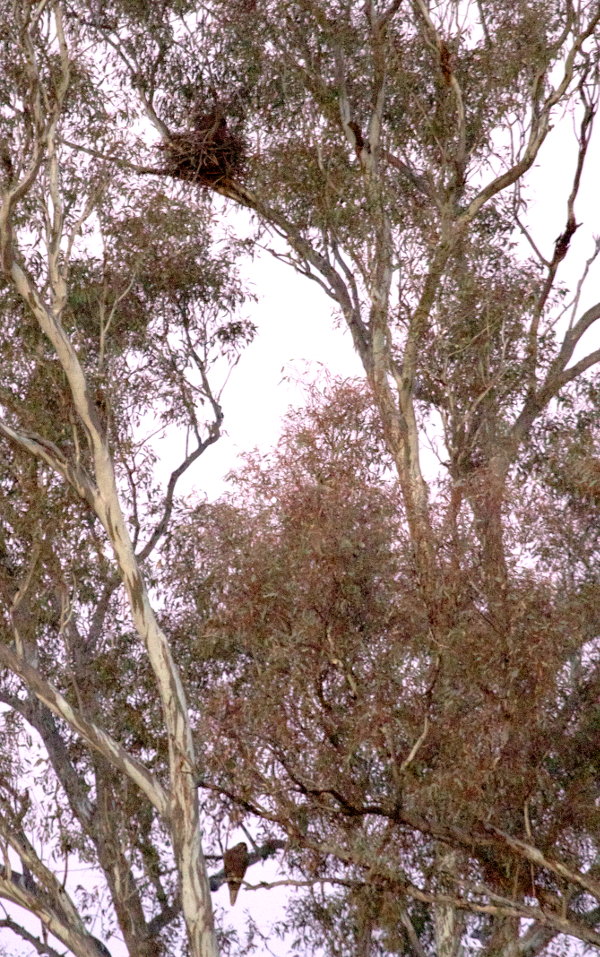 Female Black Falcon on its recycled Australian Raven nest, top, with the male perched on a lower branch, bottom; part of the tree, with the nest in it, was destroyed in a storm in December 2016 and the clutch was lost (photo courtesy of K. Fisher)

All raptors are carnivores. Black Falcons prey mostly on smaller birds, such as quails, parrots and finches, but will take lizards and small mammals as well.

During the first few weeks, raptors feed their chicks with pieces of meat. Later on in their development, the chicks learn to tear apart their parents' prey. 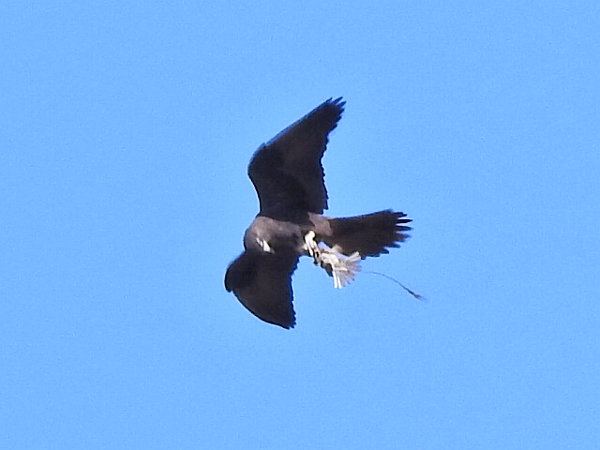 Lateral/ventral view of a Black Falcon with its prey, a small bird (photo courtesy of M. Eaton)
[Lake Atkinson, QLD, May 2020]