(Use the "back" button of your web browser to return to the page you came from.)

There are basically 3 areas in which male and female birds differ in their outward appearance ("morphology").

We will not go into much detail here about the well-known fact that in many bird species male and female birds have different colour patterns in their plumage. Males tend to be more colourful, because they are the ones that try to attract a partner, while females are the ones to choose. Females tend to have more inconspicuous colours, because they usually take on most of the nest duties and are therefore well camouflaged. A well-known example of such dimorphism is found in the Superb Fairy-wren. 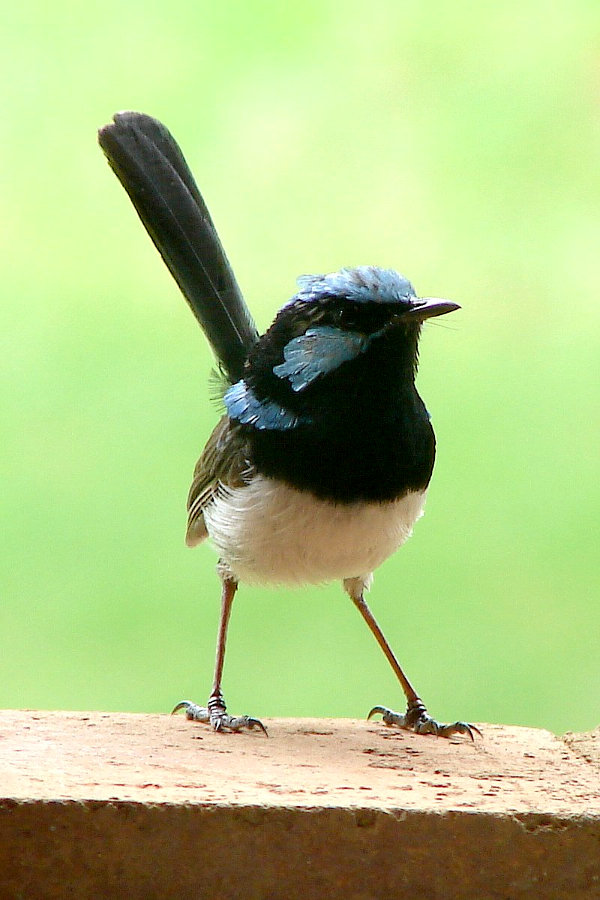 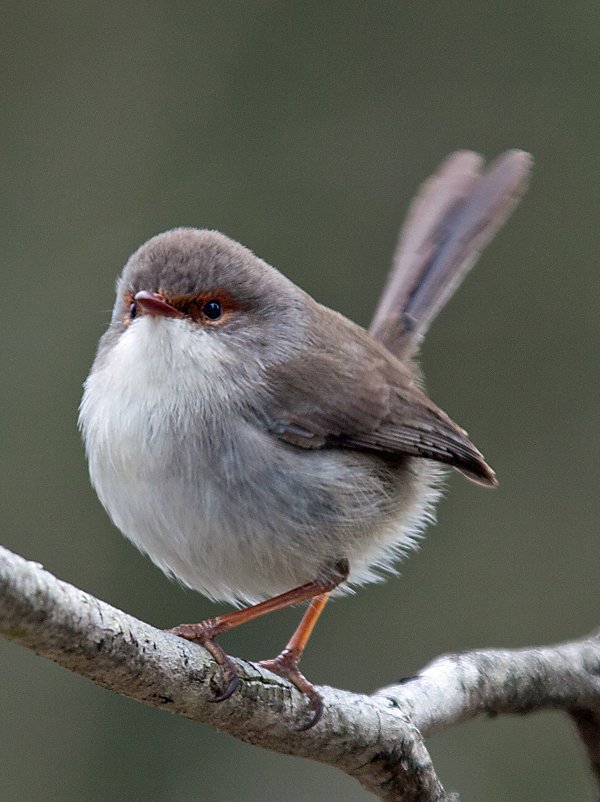 In many species of birds of prey ("raptors") the female is considerably bigger and stronger than the male. Why? See explanation (below). 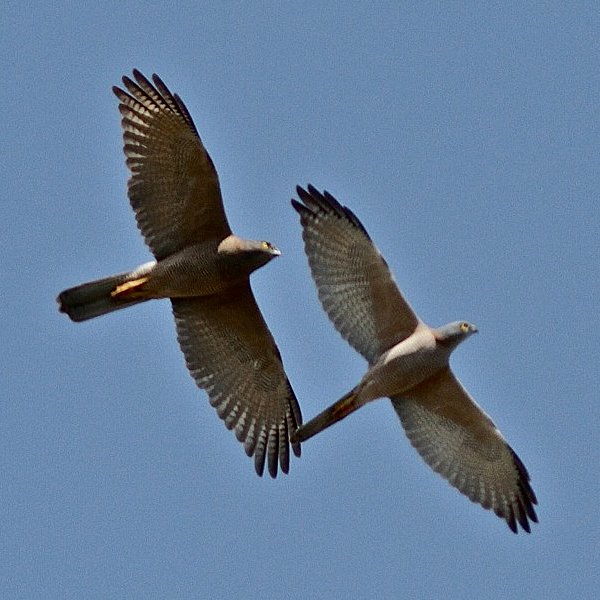 Pair of Brown Goshawks seen from beneath in courtship flight; the female, on the left, is much larger and heavier than the male (photo courtesy of B. Hensen)

In some species of shorebirds ["waders"]) the female has a longer bill than the male. Again, the question is: "Why"? 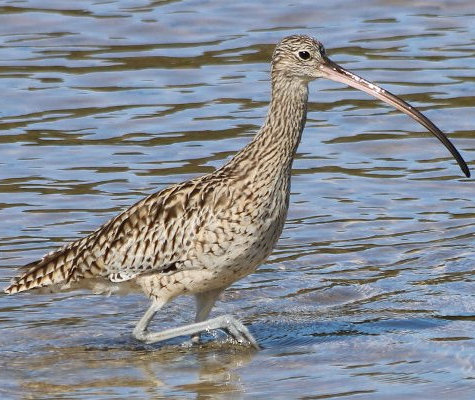 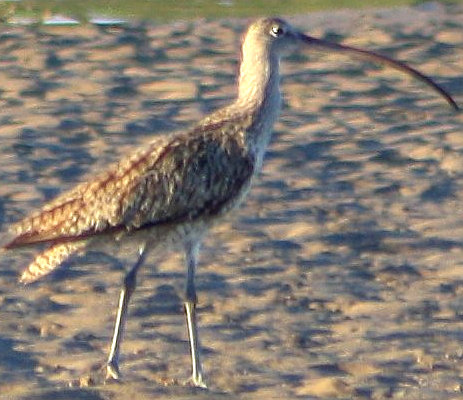 Male Eastern Curlew, left, and female, right - note how the female's bill is longer than the male's

In many bird species the female takes charge of rearing the young, including being the primary provider of food (the same is true, for example, for spiders). So SHE needs to find food for herself AND her offspring, while the male will contribute, but will be less proficient (in the case of raptors his primary task is to defend the pair's territory).

In raptors, size - and thereby physical strength - matters, because then the female can take bigger prey than the male. That not only provides more food, but the female also takes food that is out of the reach of the male. Hence, HE is not a food competitor for her in their own territory!

In waders, the length of the bill matters, because that way the female, with a longer bill, can dig deeper into mud and reach prey that is out of the grasp of the male. In this case the true reason for the difference is even more obvious than for raptors. Female waders do not go for bigger prey, they go for (for the same kind of) prey that the male simply cannot reach. Again, HE is not a food competitor for her in their own territory!

In summary, females - as primary providers for their offspring - are equipped to access more food than their male partners. That can be bigger prey that the male cannot kill or prey that the male simply cannot reach. In both cases, the fundamental reason for the difference is that male and female do not (always) compete for the SAME source of food. This makes the available resources within their reach (or territory), especially in times of high demand (such as rearing young) or low supply (such as drought), go further.

The male-female dimorphism in humans works the other way, because we are mammals and human females nurse babies - their primary task is not to go out and kill prey; that was left to the men, who then provided food to the females. This is why in humans the males have developed more physical strength.

Basically all species of parrots and cockatoos have developed a similar strategy, in which the male provides the female with food while she is incubating the eggs and also later, while tending to the brood. Female parrots and cockatoos (and some other species, in which the females take over most or all of the nest duties) will test their prospective partners' ability and willingness as a provider by begging for food as part of the selection and bonding process.

This is, to name an example, the reason why female Australian Magpies can be heard using begging calls (like those of fledglings) round about mid-winter, when the male must prove his mettle.