Not the photos you want? Or are you after even better quality? Have a look here 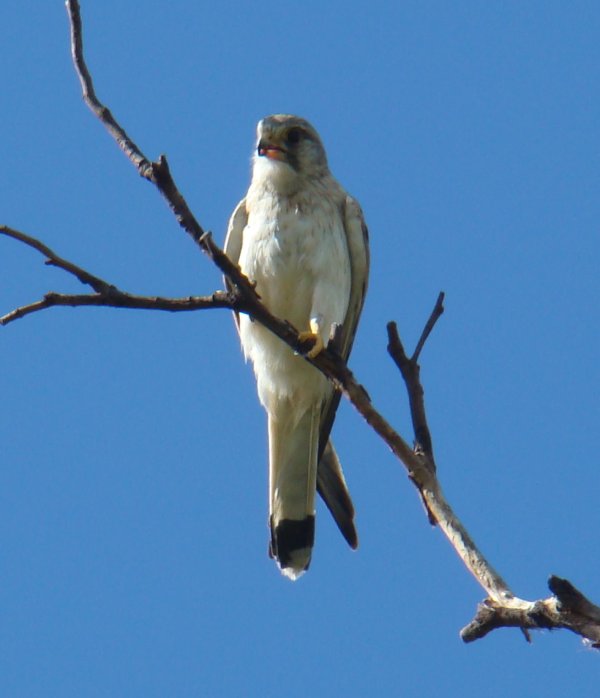 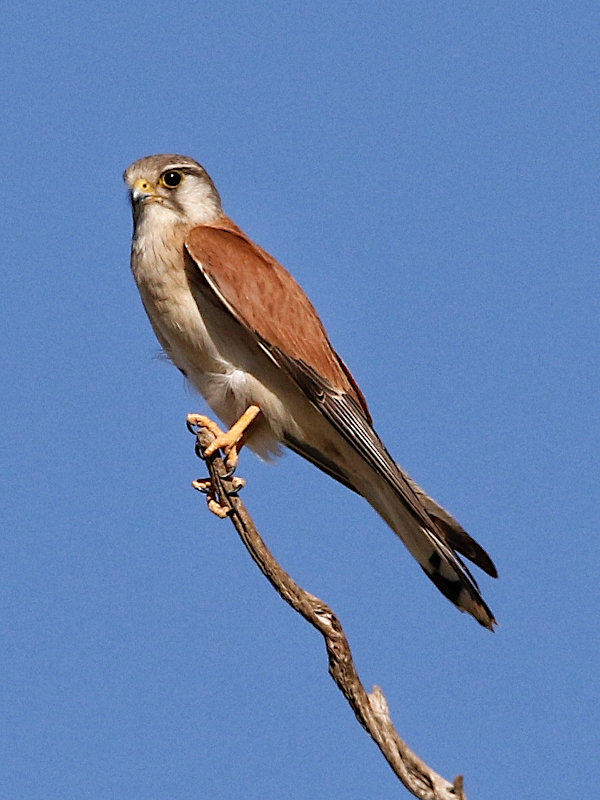 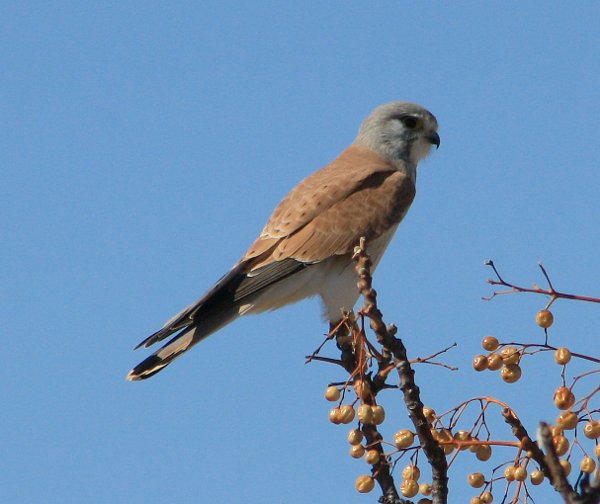 ... now with its head turned 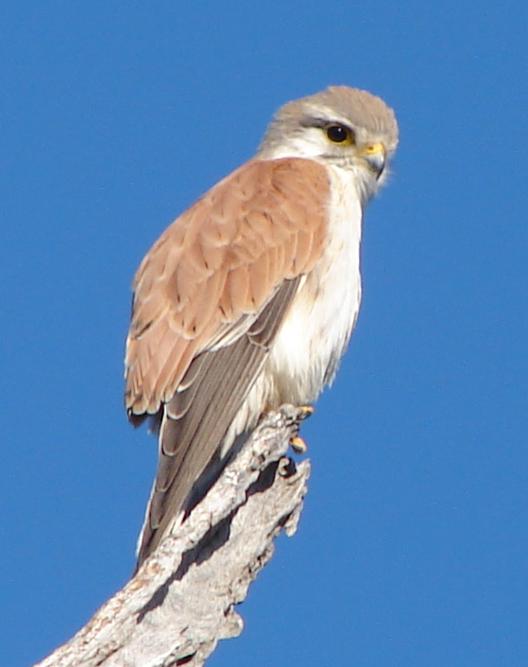 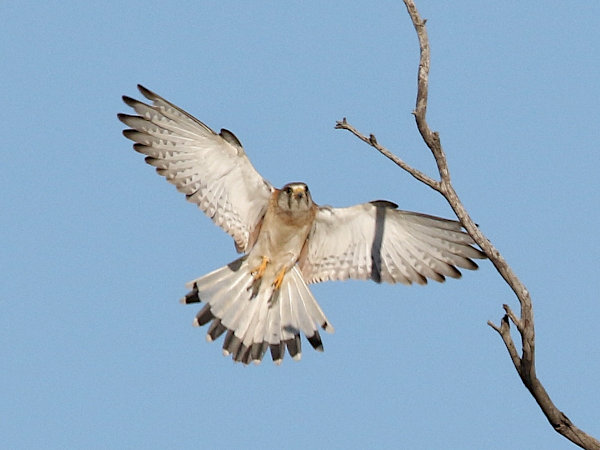 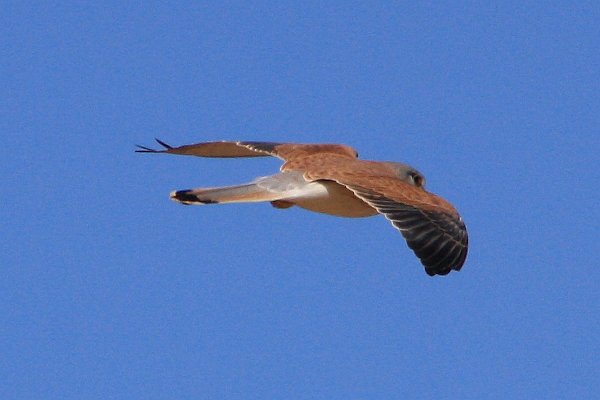 Lateral view of a male Nankeen Kestrel in flight 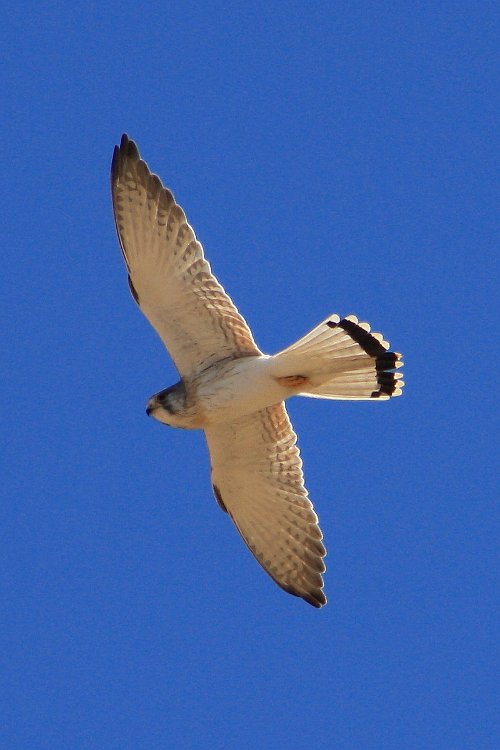 Male Nankeen Kestrel in flight seen from underneath 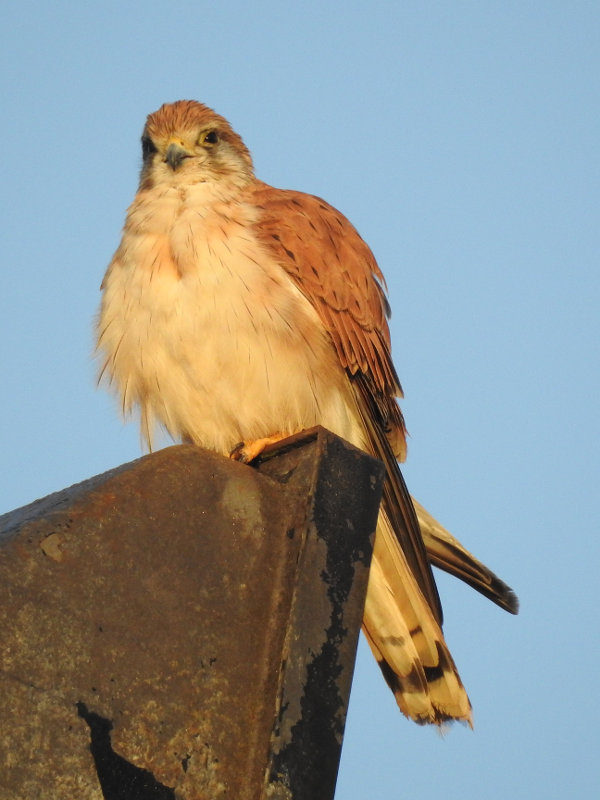 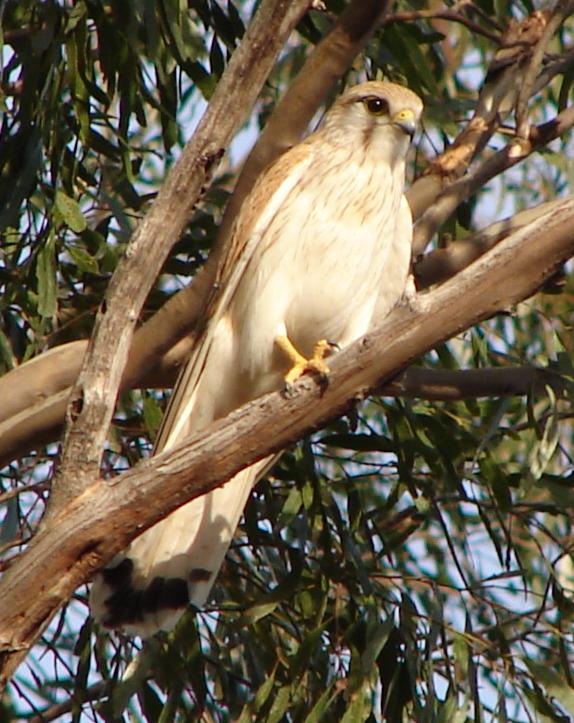 Near-lateral view of a female Nankeen Kestrel seen against a dark background, which makes its light colour stand out clearly 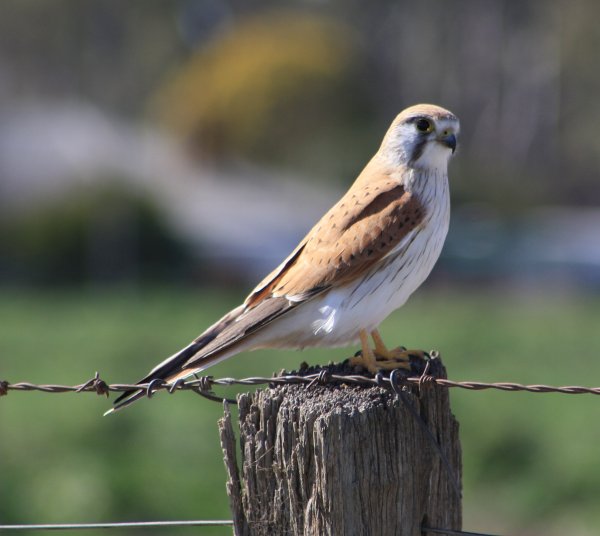 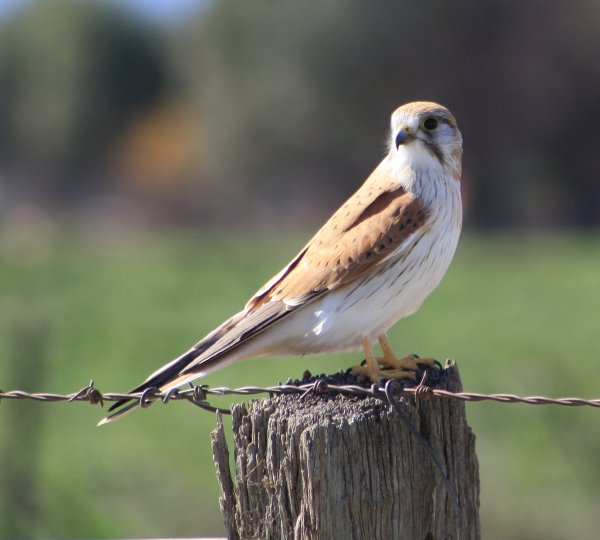 The same female Nankeen Kestrel as above, now with its head turned 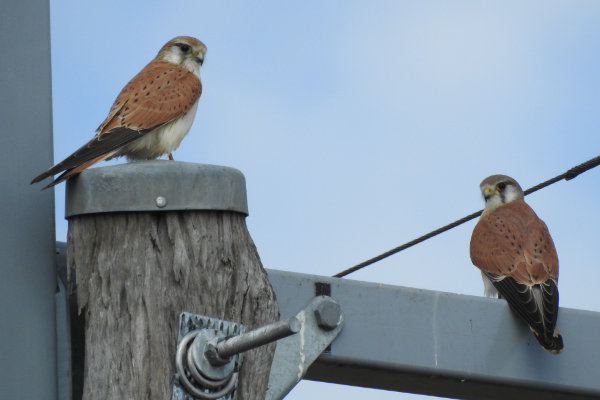 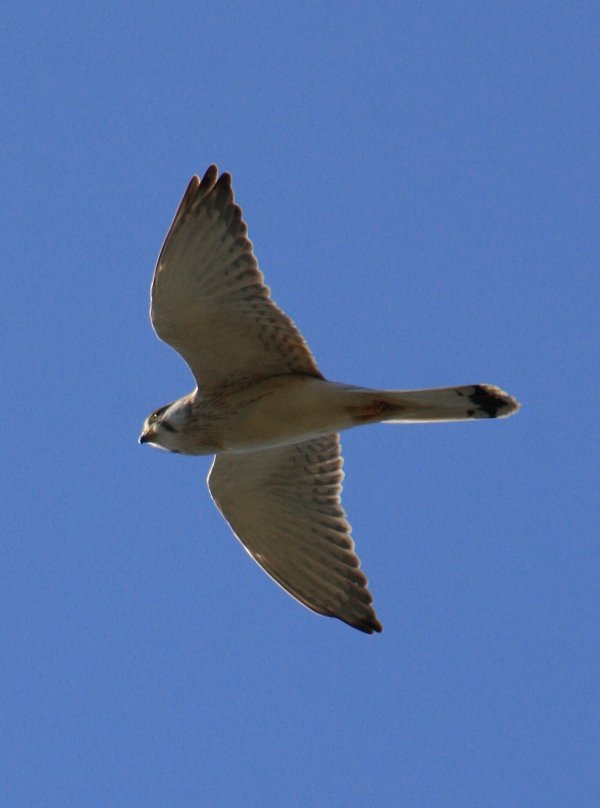 Female Nankeen Kestrel seen from underneath 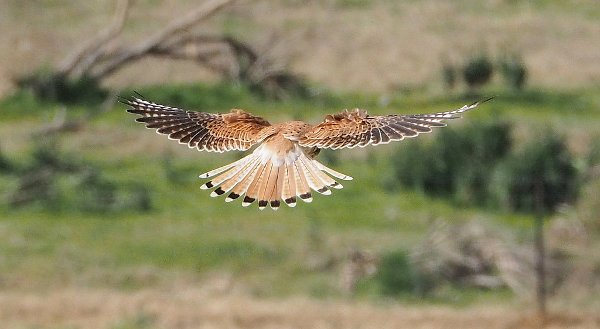 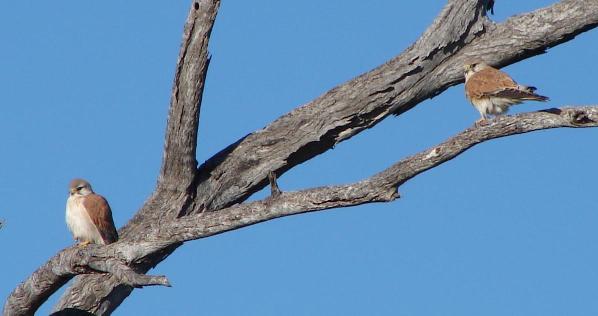 Pair of Nankeen Kestrels high up in a dead tree; the male is the bird on the right, the female on the left 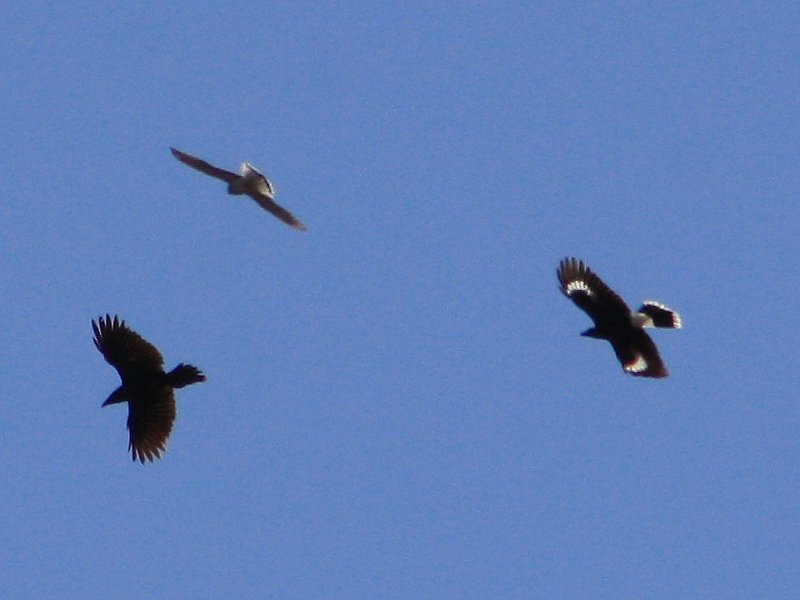 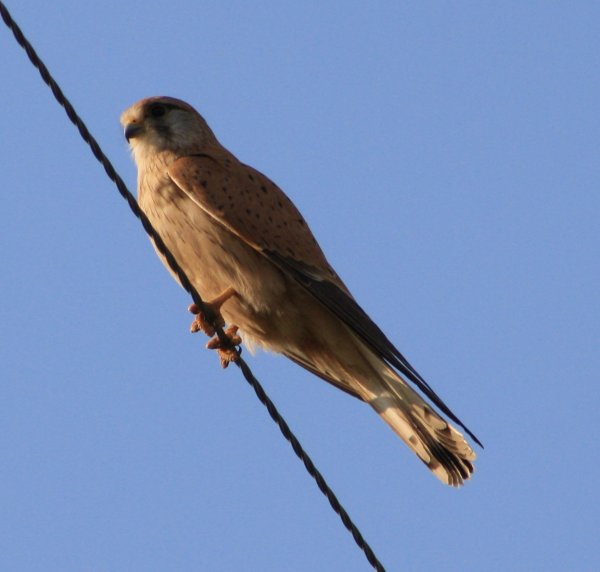 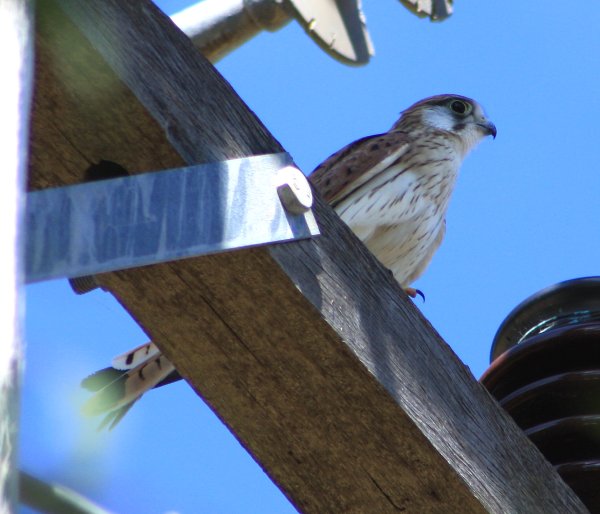 View from below of a juvenile Nankeen Kestrel

Note that, by the time they fledge (i.e., leave their nest), the young of all species of raptors - apart from the tail and wing feathers (which are still growing) - are already full adult-size.

* Nankeen Kestrels usually build nests in tree hollows, but will also re-use disused basket stick nests by other species. They are also known to nest in depressions in cliff hollows or on rock ledges.

To see a different kind of Falcon nesting in a River Red Gum, click HERE. 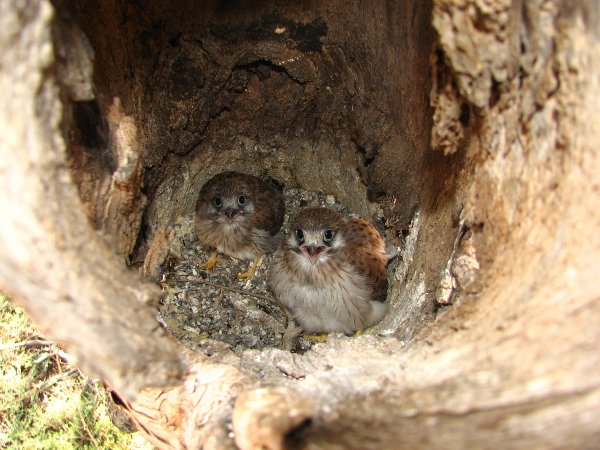 View from above into the nesting hollow of a pair of Nankeen Kestrels, with two near-fledging age chicks in it; note the remnants of a lizard and the otherwise clean gravel lining (photo courtesy of R. Brinsley) 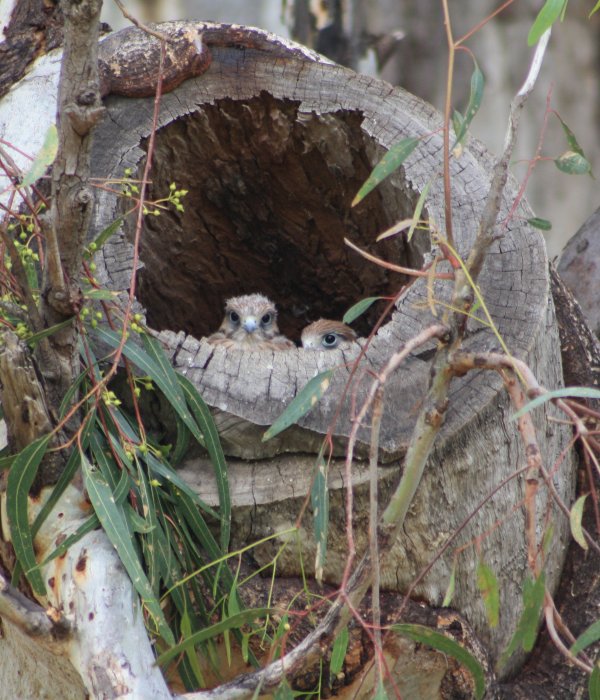 Two nosy little Nankeen Kestrels having a good look at the photographer; their nest is in a River Red Gum 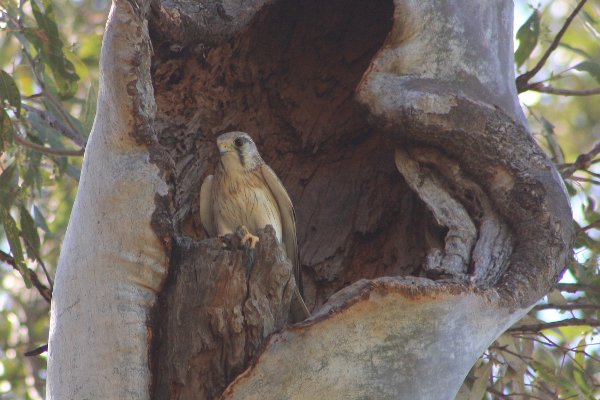 Male Nankeen Kestrel sitting in the opening of its nesting hollow 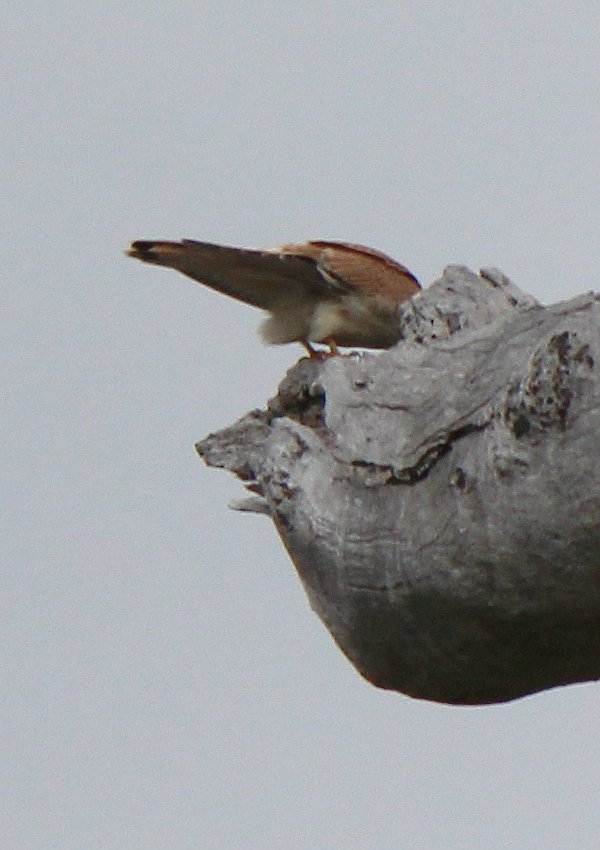 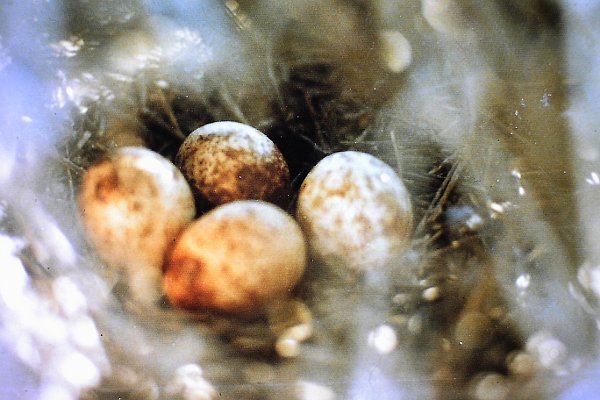 Like many other raptors, Nankeen Kestrels sometimes hunt hovering in updrafts on hill or mountain slopes. The photo below shows how the wings can be angled when there is too much air lift for a bird to fully extend them while maintaining position. 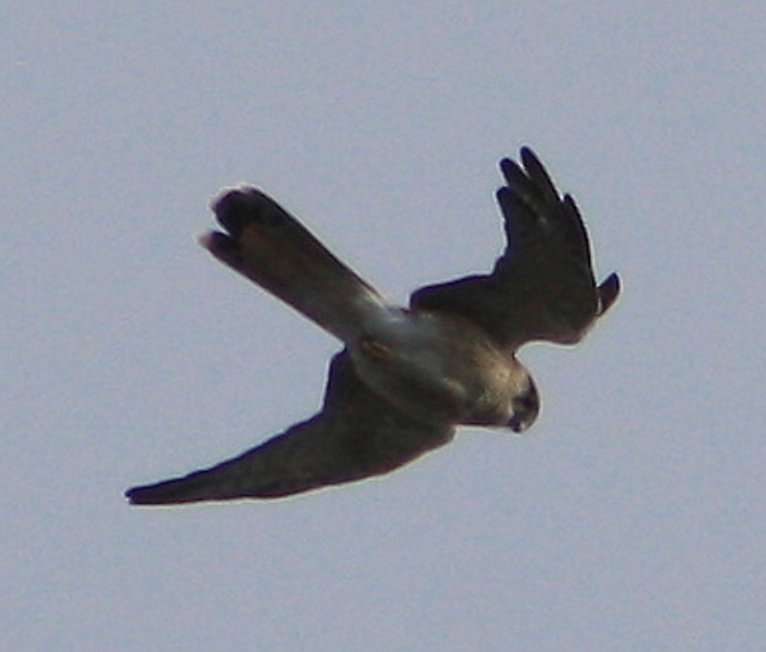 Nankeen Kestrel hovering in a strong updraft; this bird was seen hunting next to its partner in the same updraft

Nankeen Kestrels have been by us to hustle raptors as powerful as (and nesting in the same tree with) a Whistling Kite. 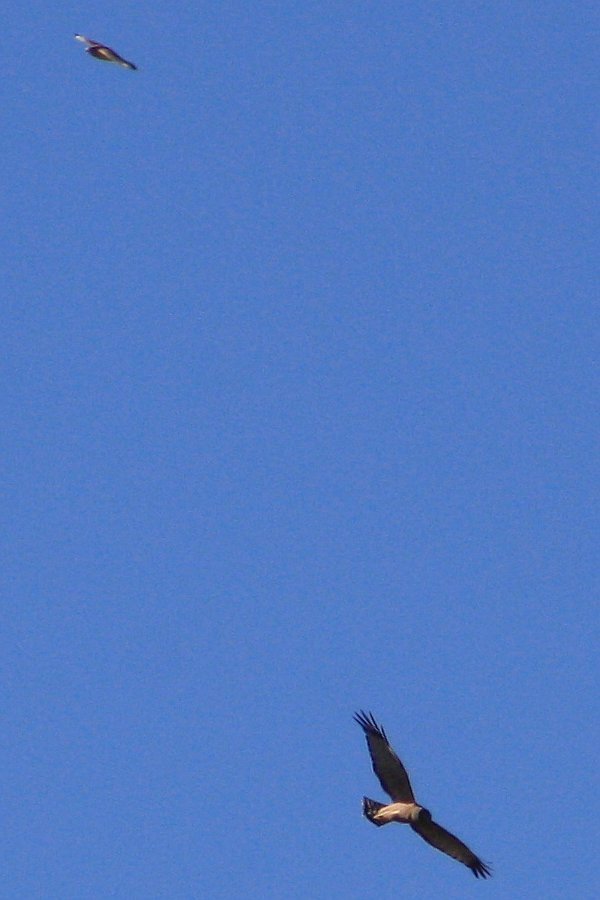 Spotted Harrier getting in the way of a Nankeen Kestrel
[Eulah Creek, NSW, July 2013] 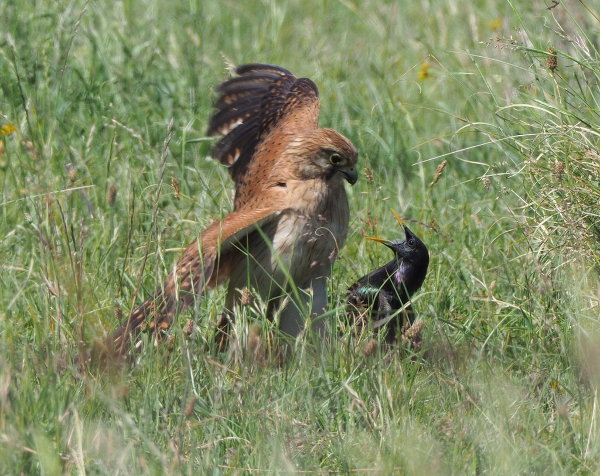 For unknown reasons this female Nankeen Kestrel overpowered a Common Starling, but then released it again
(photo courtesy of R. Plumtree)

On 2 July 2014, shortly after the winter solstice, calls were recorded of a male Nankeen Kestrel pursuing a female, presumably in an attempt to woo her, to which the female responded in softer calls.

All raptors are carnivores. Nankeen Kestrels prey on small rodents, such as mice, lizards and large insects, e.g. locusts.

During the first few weeks, raptors feed their chicks with pieces of meat. Later on in their development, the chicks learn to tear apart their parents' prey. 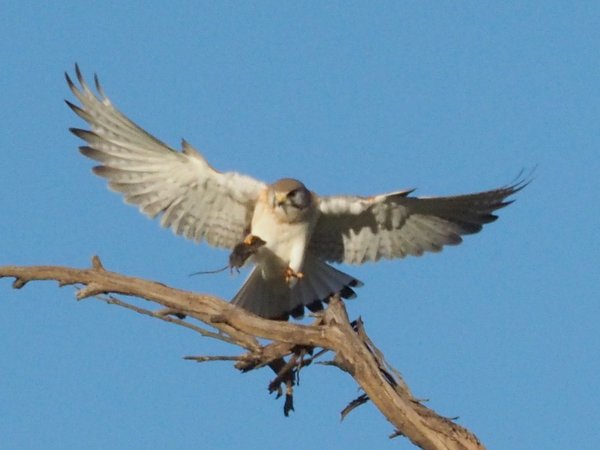 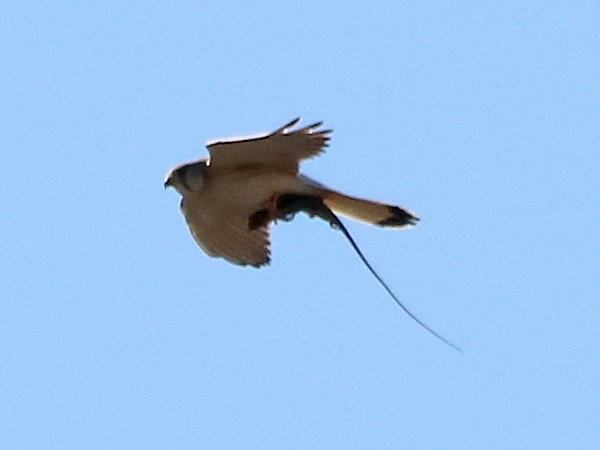 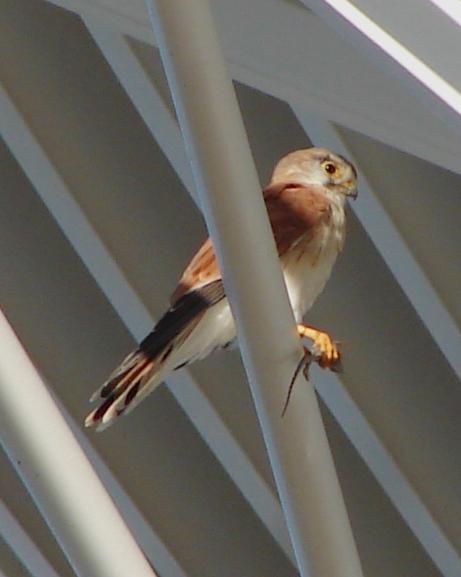 Female Nankeen Kestrel with its prey, a small lizard
[Near Narrabri, NSW, 2006] 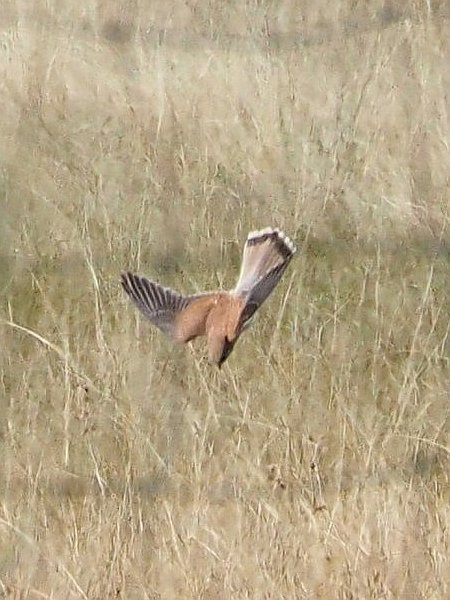