Back to the Whistling Kite main page

In the winter of 2022 we found a pair of Whistling Kites nesting on the edge of a swamp at Yarrie Lake near Wee Waa, NSW. Their timing was such that egg-laying occurred in autumn and the single chick they raised fledged in the middle of winter (the first week of August). 2022 was the second year in a row with a La Nina event, leading to above average rainfall in eastern Australia and Yarrie Lakeand the associated swamp were consistently full, ensuring the availability of prey. 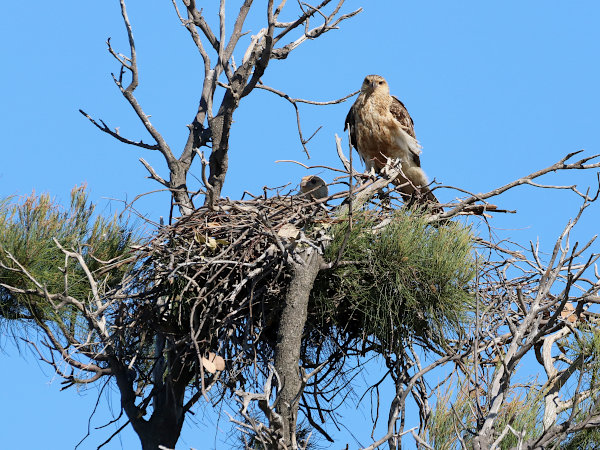 About 3.5 months later, we found that the pair had been successful in raising one chick. 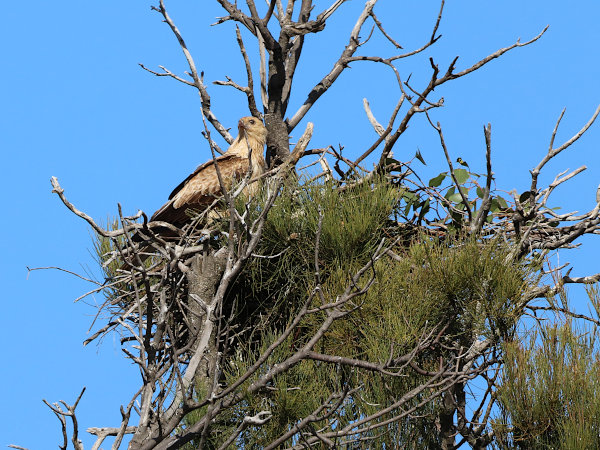 While the fledged chick was found on a nearby perch, one of the parents flew to the aerie; the fledgling's begging calls were recorded (below) 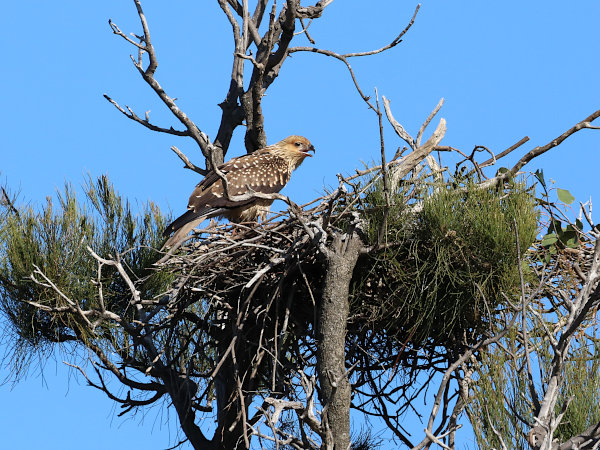 The adult must have left food on the nest, because then the young bird returned and plucked its meal on the nest; most likely it did not know yet how to hold on to the prey while feeding 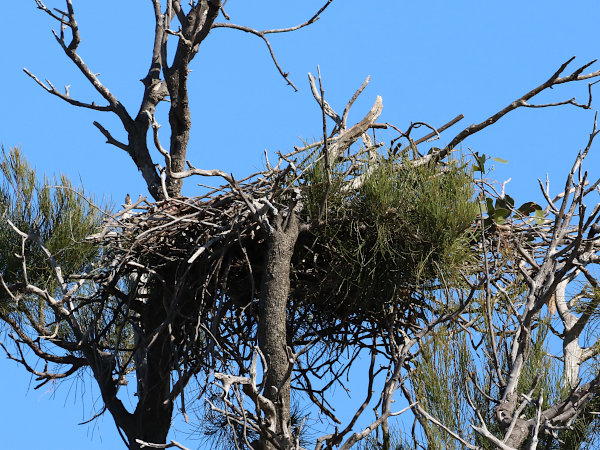 When finished with its meal, the young Whistling Kite left the nest again