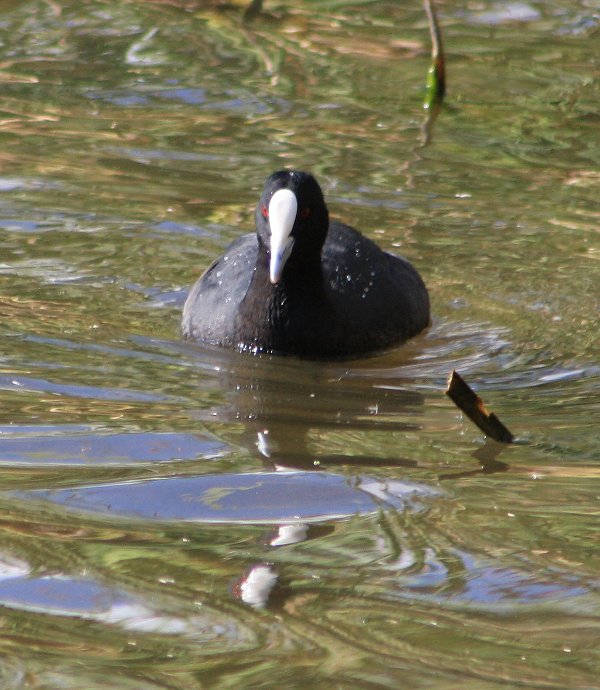 Frontal view of a male Eurasian Coot; the broad facial shield identifies this bird as a male 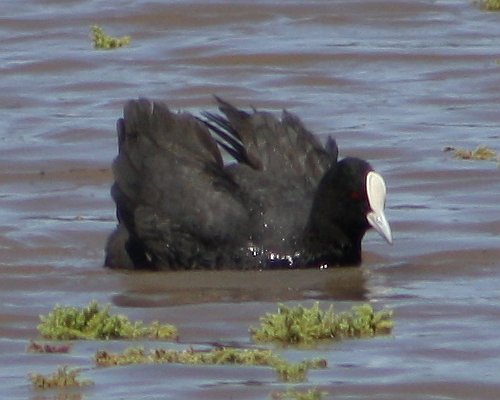 This male Eurasian Coot is puffing up its wings and plumage to impress the competition by making itself appear to be bigger
[Narrabri Lake, NSW, September 2010] 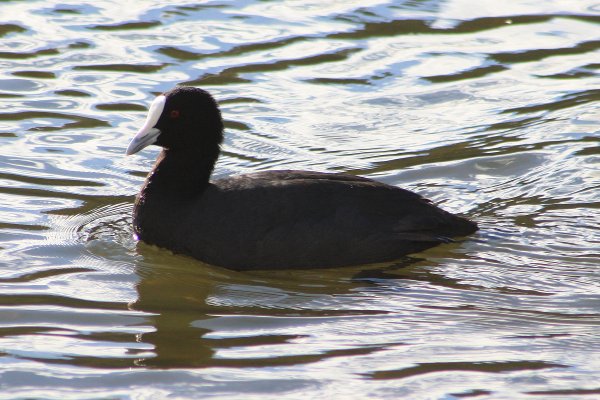 Lateral view of a male Eurasian Coot on a lake 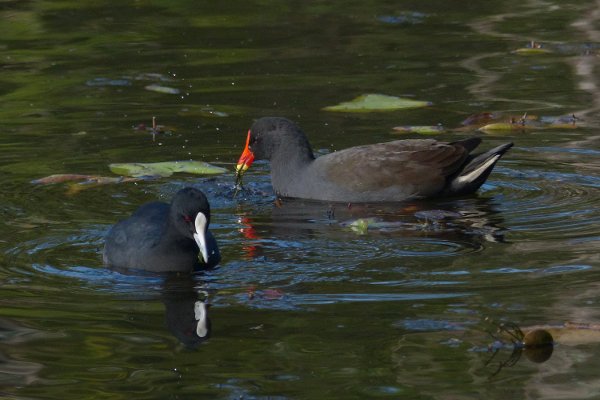 Frontal view of a female Eurasian Coot (note the narrow facial shield), with in the background a Dusky Moorhen feeding on parts of underwater plants (photo courtesy of J. Ross-Taylor) 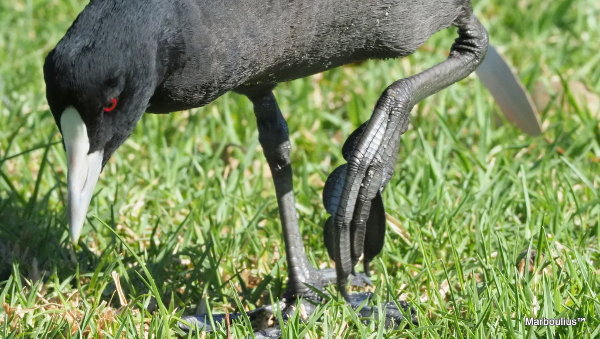 Near-lateral view of a female Eurasian Coot, with a close-up on its feet with partially webbed toes
(photo courtesy of R. Plumtree) 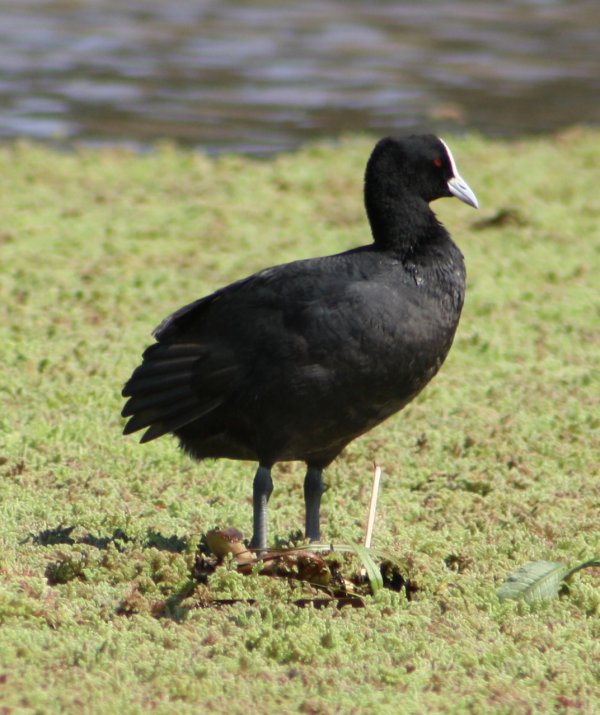 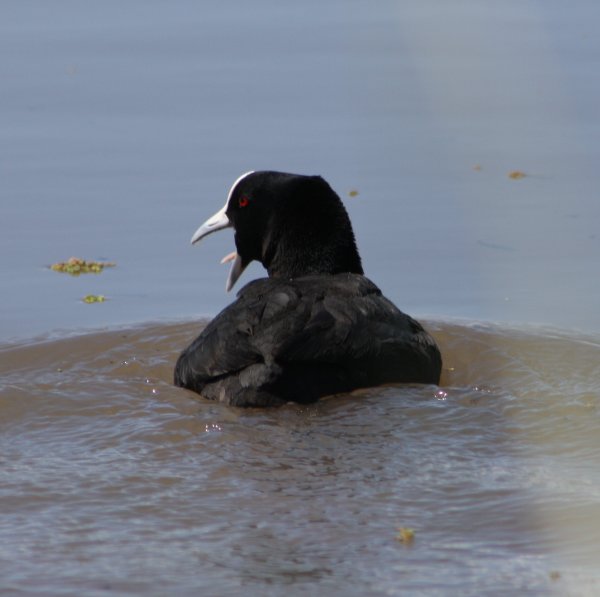 Dorsal view of an Eurasian Coot, screaming an alarm 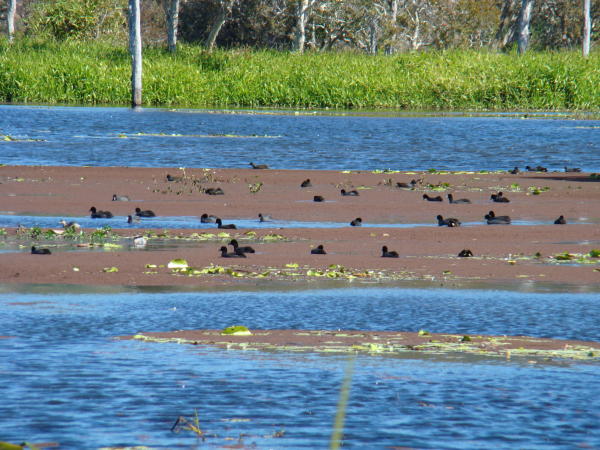 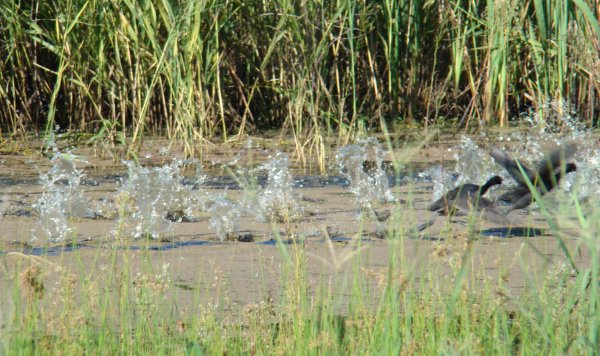 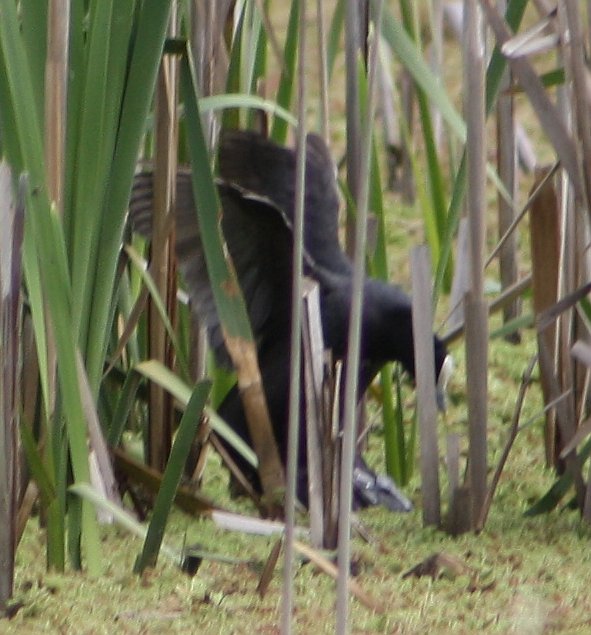 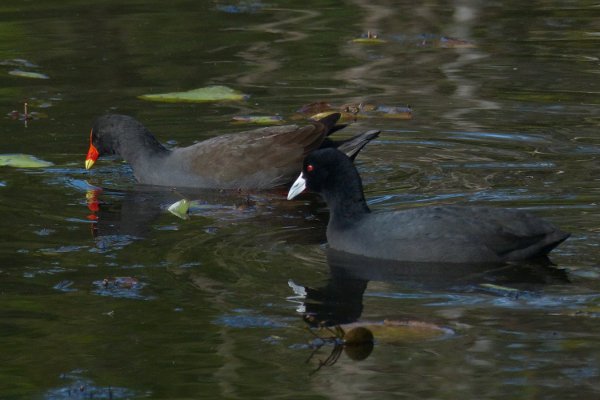 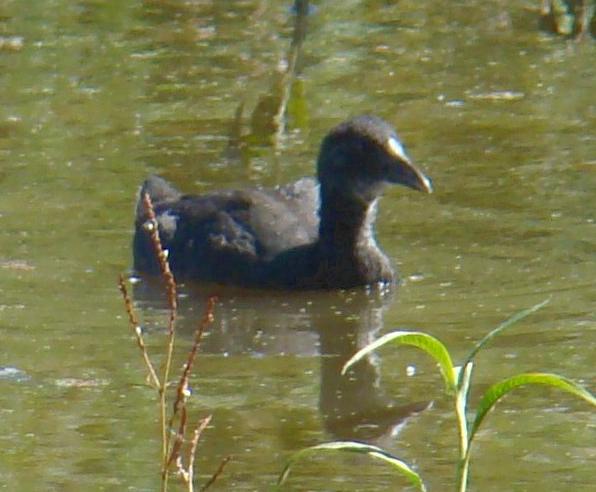 Juvenile Eurasian Coot; note the greyish throat, by which the bird can be identified
[Narrabri Lake, NSW, September 2010] 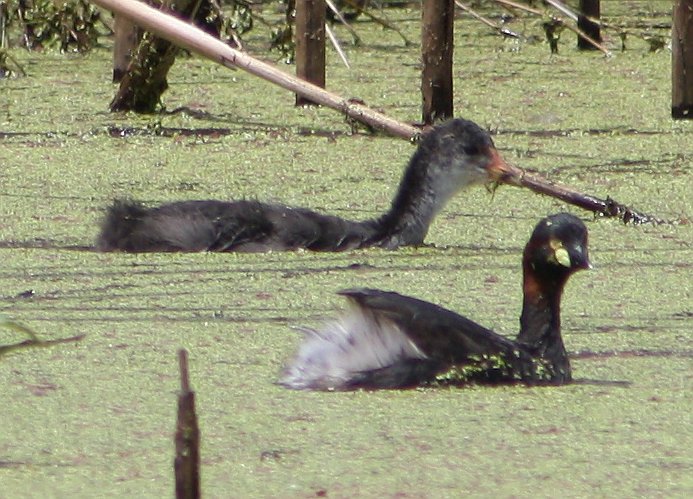 In Narrabri by about November the Eurasian Coot chicks start moving around without adult supervision; here one close to an Australasian Grebe 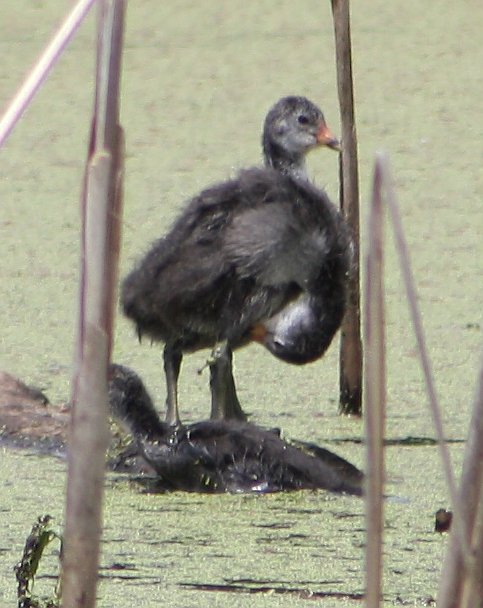 Three Eurasian Coot chicks, one of which is preening
[Narrabri Lake, NSW, November 2010] 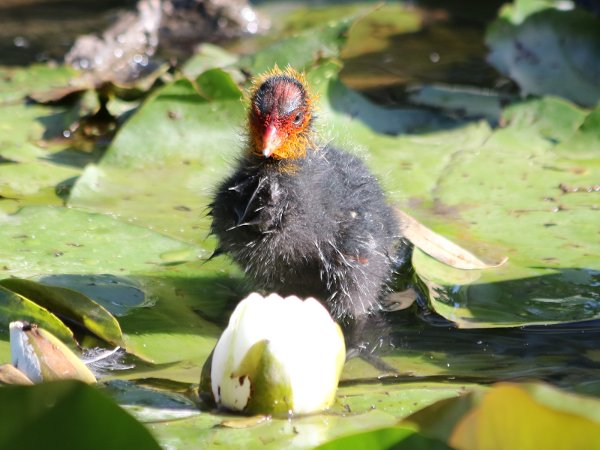 Frontal view of an Eurasian Coot chick on lily pads 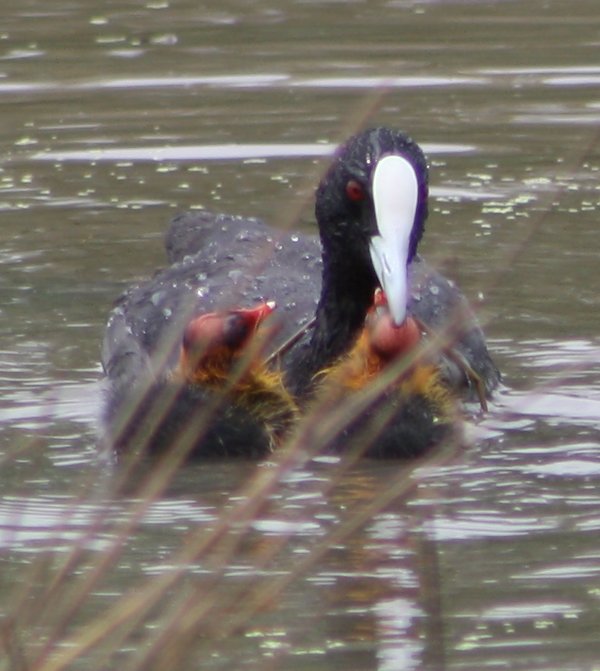 Male(?) Eurasian Coot with chicks out on the water; two are being fed

Given the right conditions (and depending on geographical latitude), Eurasian Coots can breed any time of the year.

The nest can be floating on water, affixed to a plant, or sit on top of a low, flat object, such as e.g. an old reed stump. 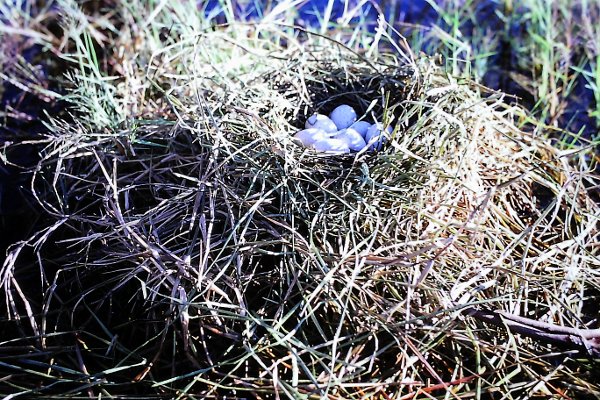 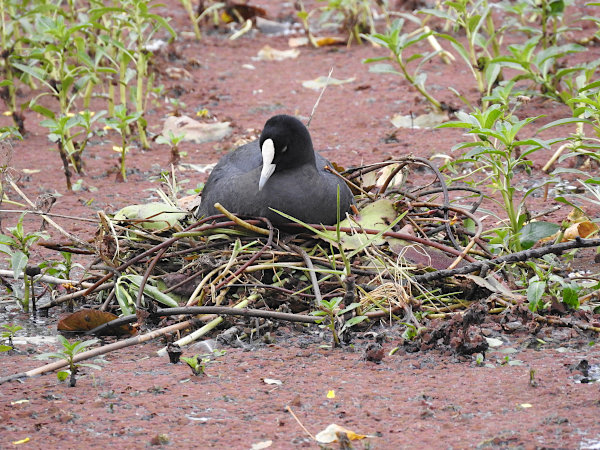 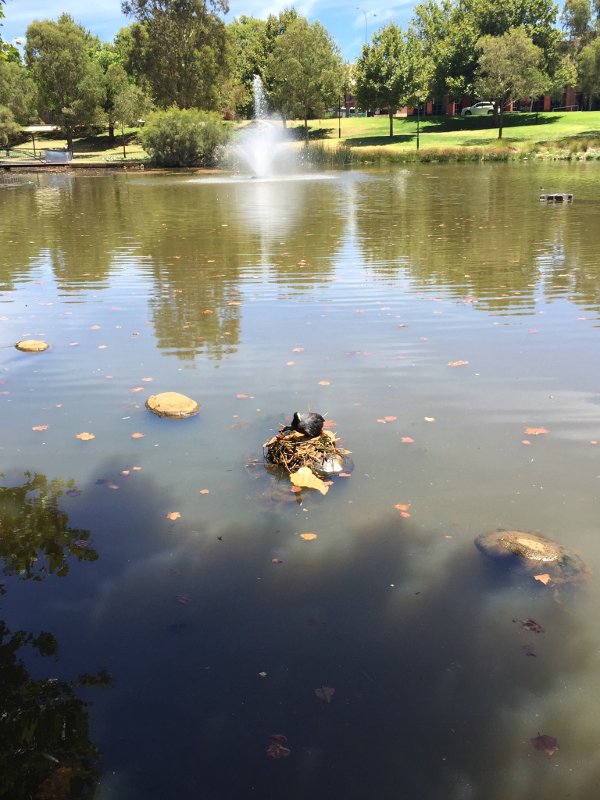 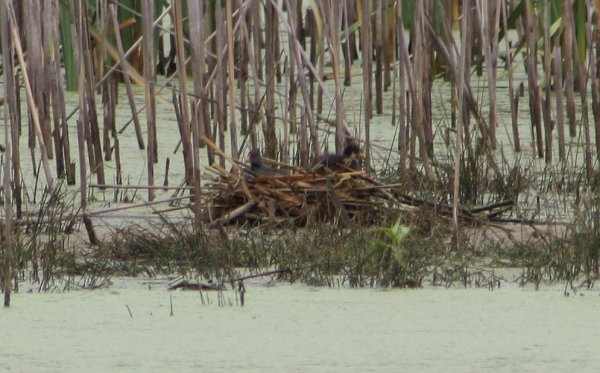 Here two youngsters that have probably temporarily returned to their nest 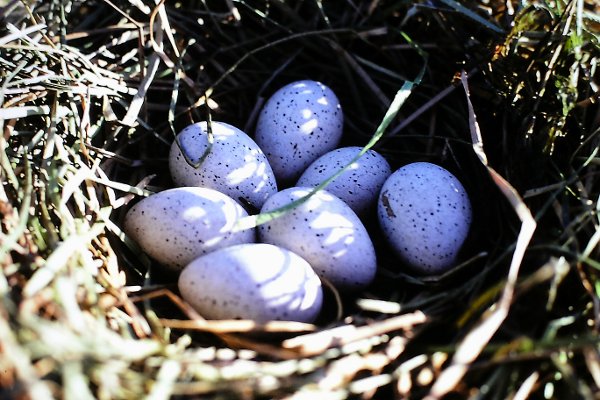 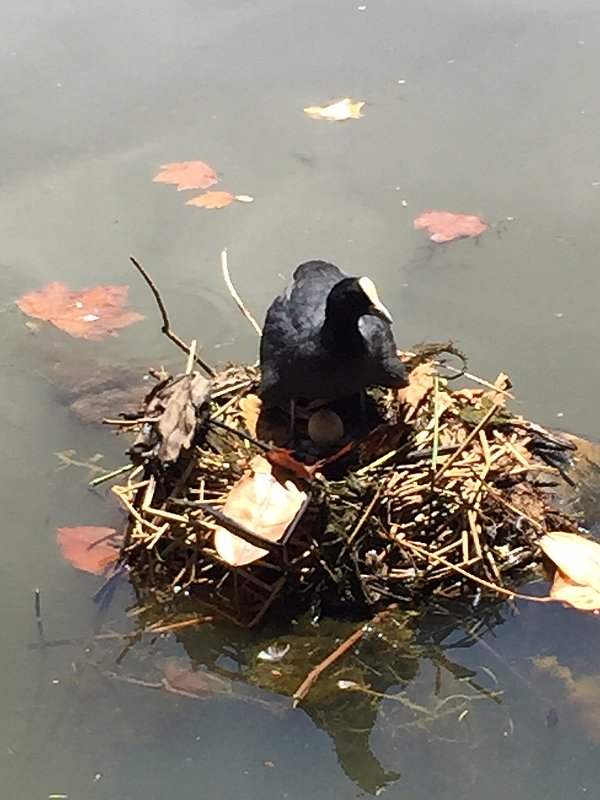 Eurasian Coot on its nest with one egg inside (photo courtesy of J. Greaves)

As opposed to most Moorhens or Swamphens, which are primarily waders, the Eurasian Coot will also dive for food in shallow water. 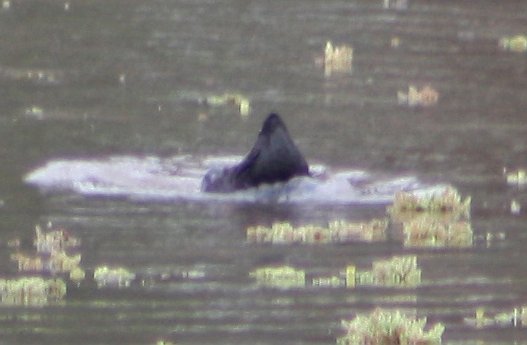 It never fails to amaze us when realizing that even aquatic birds that spend most of their lives on water need to bathe... 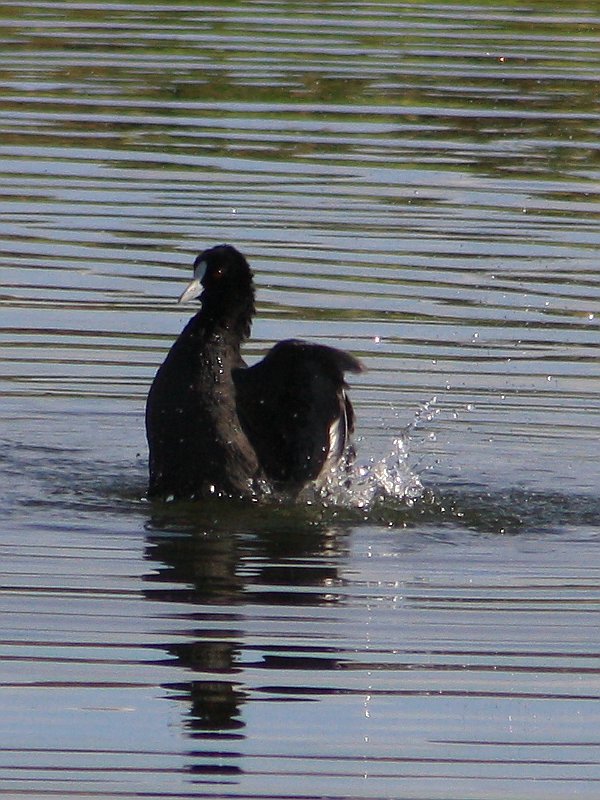 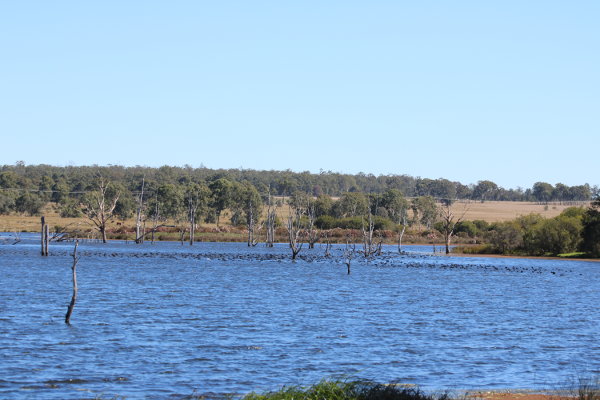 Eurasian Coots can sometimes be found in large congregations; this is one of three flocks seen on this water reservoir at the same time 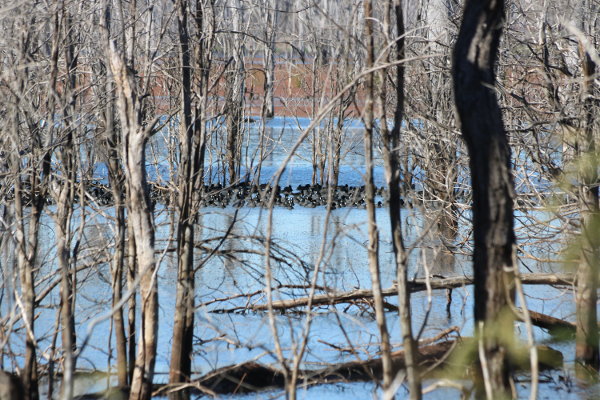 Eurasian Coots can sometimes be found in large congregations

To the best of our knowledge Eurasian Coots feed on aquatic plants, but also on small animals. 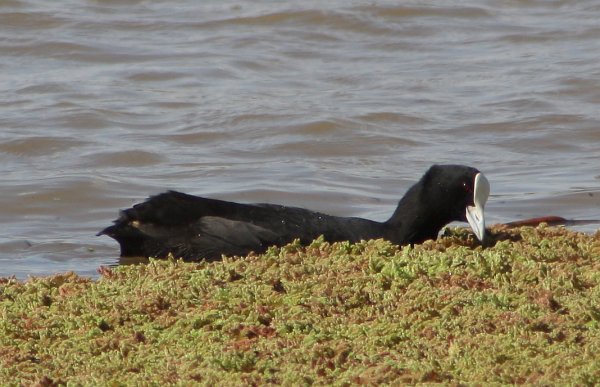 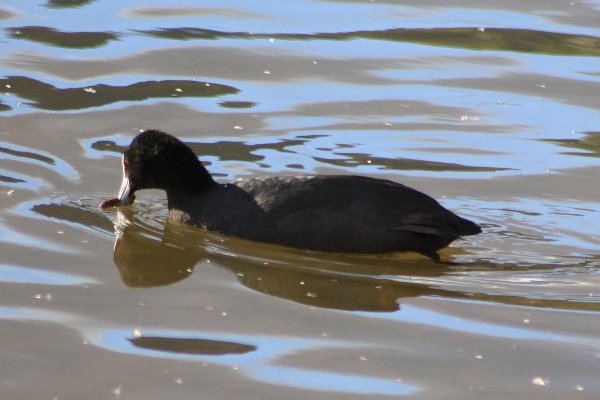