Back to the Banded Lapwing main page

Banded Lapwings are one of the bird species that specialize in finding food where others see no food source. They visit, e.g. fallow fields and small ephemeral wetlands, such as shallow puddles, including puddles in roadside ditches.

In December 2015 we found first 12 Banded Lapwings at a shallow puddle on a roadside fallow field. On a second visit, 3 days later, the size of the flock had grown to about 50, including several immature birds. The mob was very much attached to "its" water puddle and did not want to budge when disturbed. The photos below are in chronological order. 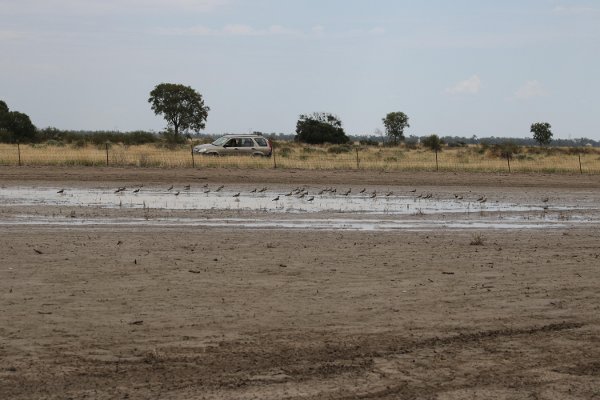 About 50 Banded Lapwings seeking shelter in a shallow puddle, around which they had been distributed loosely before; the vehicle, parked by the side of the road, shows how close the puddle is to a little-used gravel road road 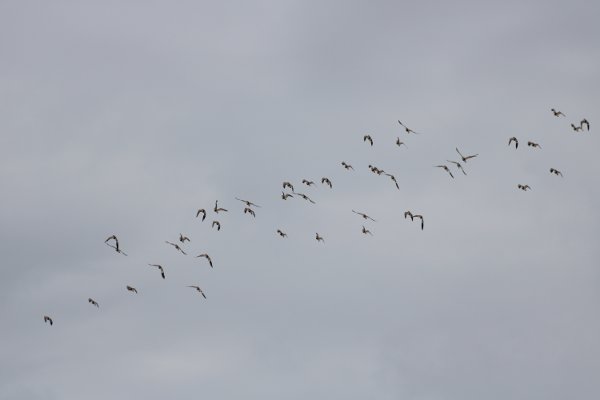 When flushed, the flock of Banded Lapwings flew away as far as about 500 m, then made a few twists and turns, while all the time one sentry had remained at the puddle road 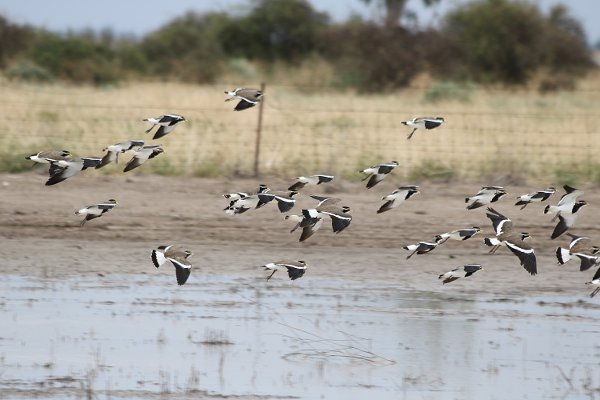 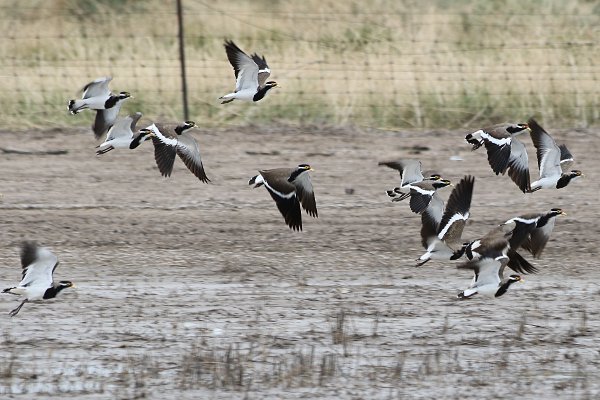 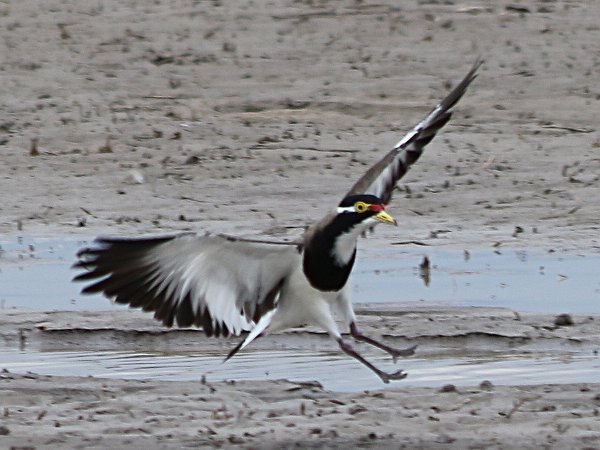 Well then, flaps out, landing gear out, and let's see whether he can be trusted... road 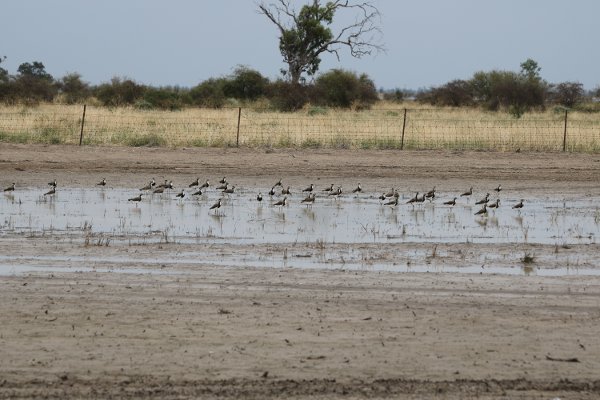 In the end, everybody settled down again - and stayed there, while the visitor waved his good-bye and retreated to his car, walking around the puddle/flock road

This is the flock of Banded Lapwings whose calls were recorded on 22 December 2015.