Depending on the habitats they live in, but mostly on their place in the food chain, birds have adapted their fields of vision to suit their specific needs.

We humans have developed forward, stereoscopic vision. Our field of view is about 180 degrees wide (most of which stereoscopic) and about 120 degrees high. This provides us with a clear view of what is ahead of us, but leaves us with a large blind spot at the back that we cannot see at all. Such eyesight is typical of hunters. Similarly, other predators, such as e.g. birds of prey, also have good forward vision. An example of this, a Southern Boobook, is shown below. 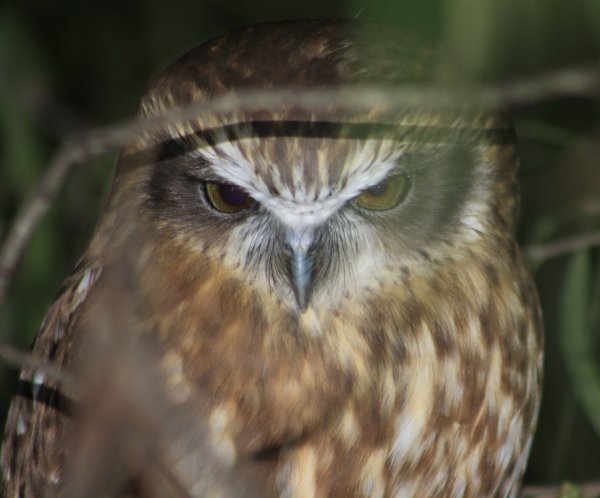 Diurnal raptors also have forward vision, as the example below, a Black-shouldered Kite, shows. 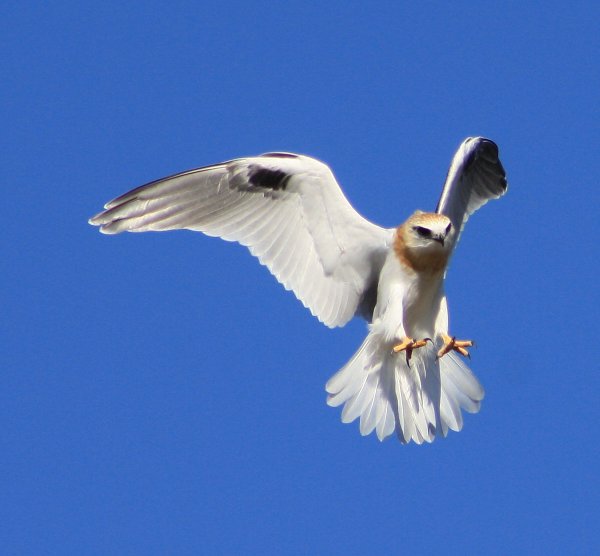 NB: Note that raptors have semi-transparent inner eyelids that they close, especially in fast dives, to protect their eyes in-flight. 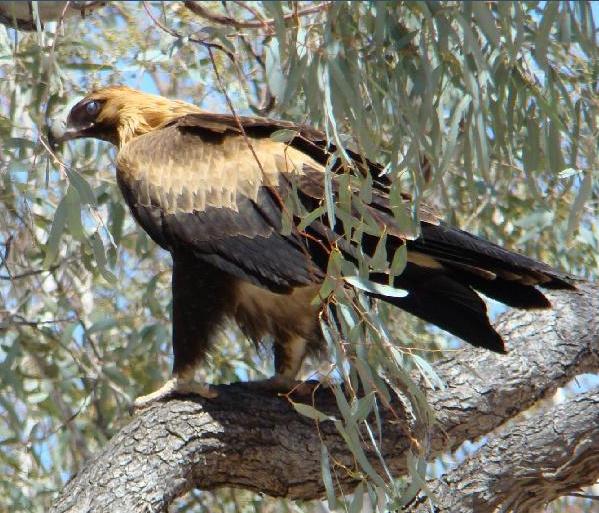 Example of a raptor with its inner eyelid closed: a first-year Wedge-tailed Eagle

Other birds, although not predators, can have forward vision if they are not preyed upon. An example of such a bird is the Australian Raven. It is obviously not worried about being preyed upon; not even its wing feathers are designed to allow silent flight. Its forward vision, although not as extreme as an owl's or a raptor's, allows it to find food, often carrion, at long distances. 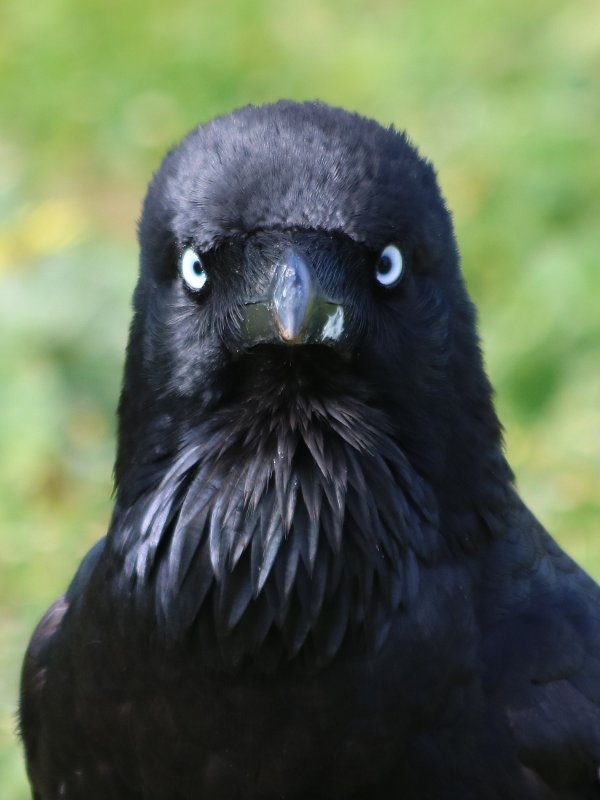 Example of forward vision in a non-raptor: Australian Raven

On the contrary, birds that are preyed upon - especially, for example, ground-feeding seed-eaters, tend to have wide-angle vision, allowing them to see predators trying to surprise them from behind. On the one hand, this reduces the size of their blind spot at the back, but it also has the disadvantage of reducing the forward field of vision with stereoscopic sight. That is the reason why many birds with wide-angle vision will look at you (or objects) sideways. One example of such a bird with wide-angle vision is the Crested Pigeon. The photo below shows how far apart, on the side of the head, its eyes are located. 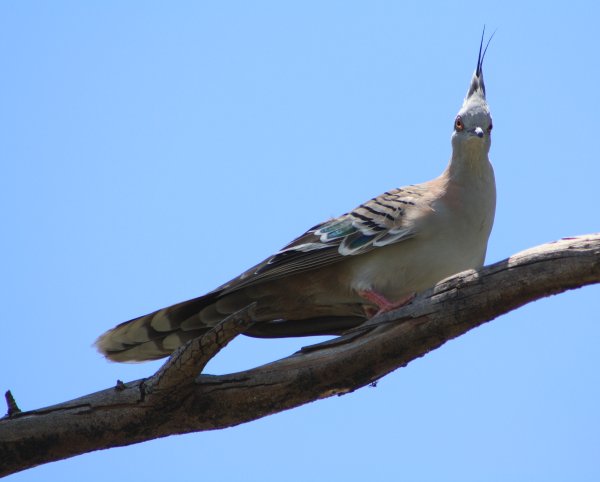 The wide-angle vision of a Crested Pigeon, with eyes on the sides of its head

Another example is the Grey Shrikethrush (see below). 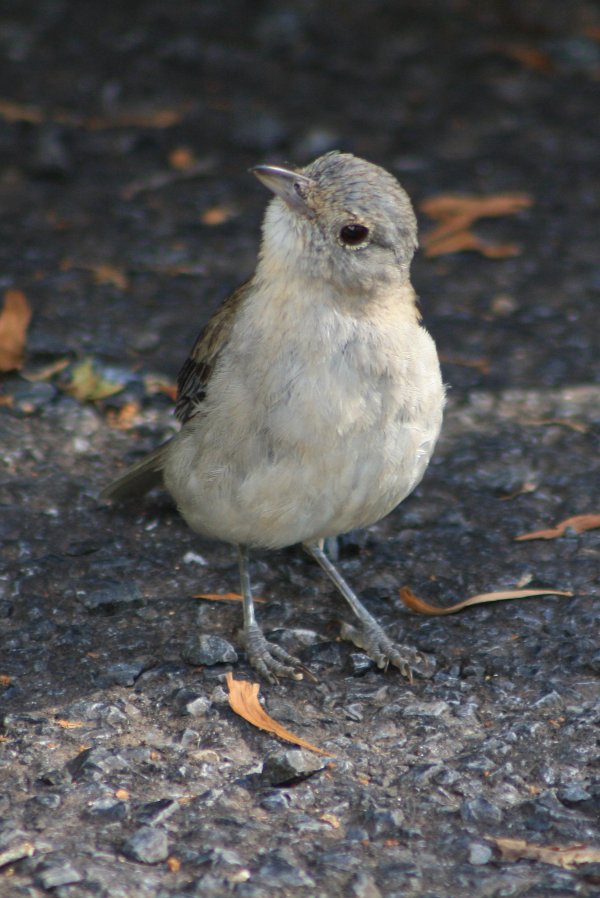 Grey Shrikethrush glancing at an object on the ground sideways; at the same time it may be monitoring the sky above

Particularly vulnerable birds, such as e.g. the Painted Snipe, have gone even further in developing eyesight that gives them an all-round view. The Painted Snipe's eyes have moved up to a particularly high position on its head, giving it not only 360-degree vision laterally, but also improved upward vision, with a permanent view of the entire sky above. Unfortunately, the photos available to us do not show this feature clearly (please refer to a field guide). 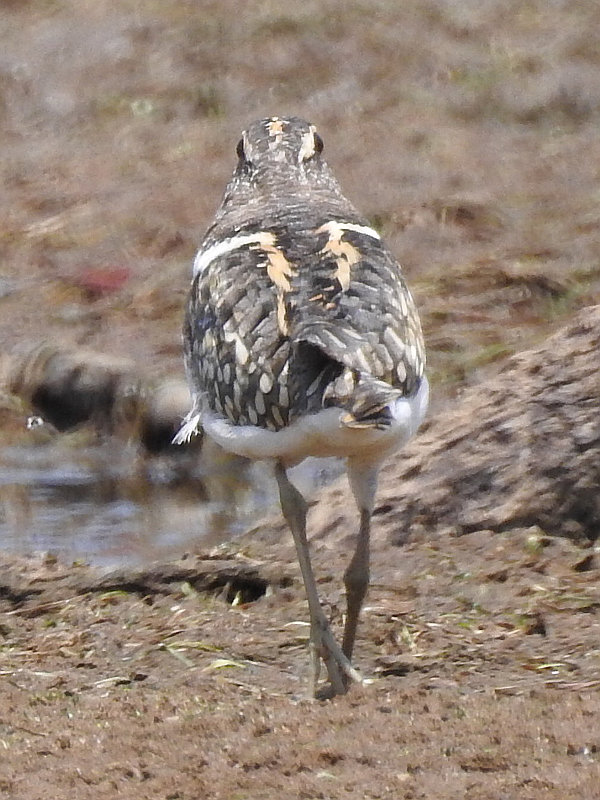 The eyes of a Painted Snipe are placed so high on its head that it has a continuous upward field of vision
(photo courtesy of M. Eaton)

Here another extreme case of panoramic/monocular vision, a Spur-winged Plover. Note how its wattles restrict its forward vision even further than the placement of its eyes. 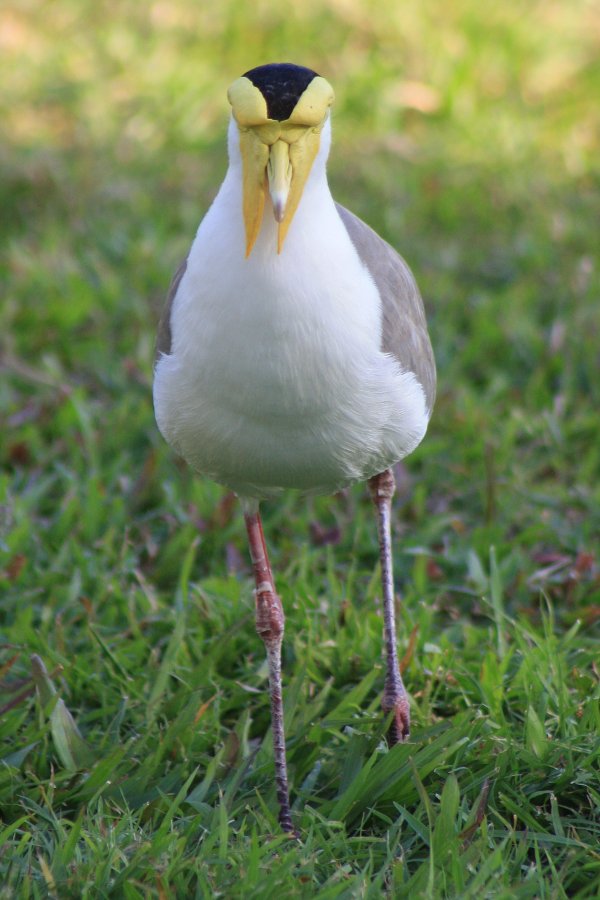 This Spur-winged Plover has basically no forward binocular vision