Even built-up areas, although generally not providing good habitats for birds to live in, can substitute some natural habitats. As an example, a disused chimney stack can replace an outcrop on a cliff. Some bird species can adapt well to the presence of humans and will find food, roosts and water in urban environments. Suburban areas, with their gardens and parks, offer much more suitable habitats for a variety of bird species, including in particular nectar-eating species. It is also worth noting that in urban environments native birds face competition in the form of introduced species.

NB: Urban centres are full of introduced species, which are considered by us to be pests and are not described on these pages. 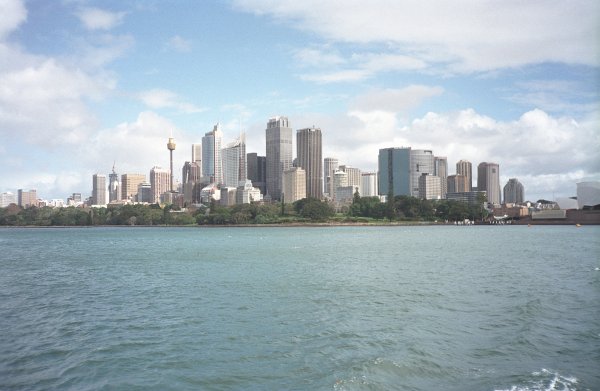 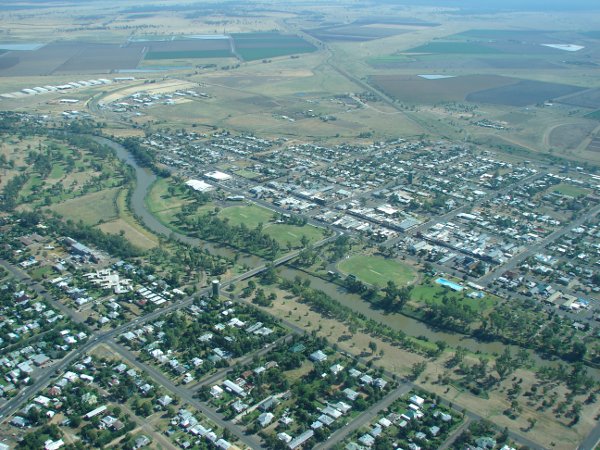 Small town from a bird's perspective; apart from the built-up areas, there are also the river (in this case Narrabri Creek), urban parks, gardens and a sports complex 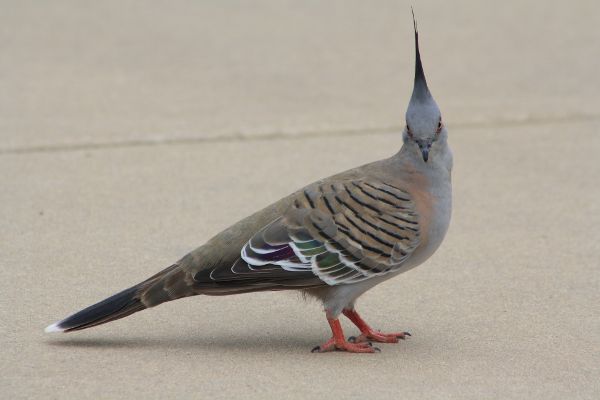 Crested Pigeon in an urban environment, on a sidewalk 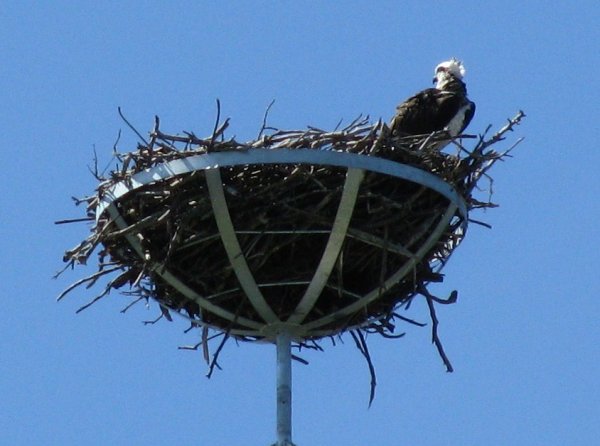 Nesting bowl ontop of a roof used by a pair of Ospreys (photo courtesy of C. Hayne)

Dorsal view of a Red-backed Kingfisher as an example of a bird species that can be found in outback townships (photo courtesy of B. Hensen)
[Near Darwin River Dam, NT, August 2012]