This page describes ephemeral lakes, i.e. inland freshwater lakes that can dry up entirely (the word "ephemeral" stands for non-permanent). The most famous ephemeral lake in Australia is Lake Eyre, SA (but it is special in the sense that it is in a saltpan and its water becomes salty). There are other ephemeral lakes, such as e.g. the Menindee Lakes, NSW, or Goran Lake, NSW. The latter is shown here. Ephemeral lakes have the feature that they tend to be shallow and, as opposed to permanent freshwater lakes, have no reeds around them, because there is no permanent shoreline. This will deter some bird species that depend heavily on protective fringe vegetation (e.g. Buff-banded Rails) from coming to ephemeral lakes. 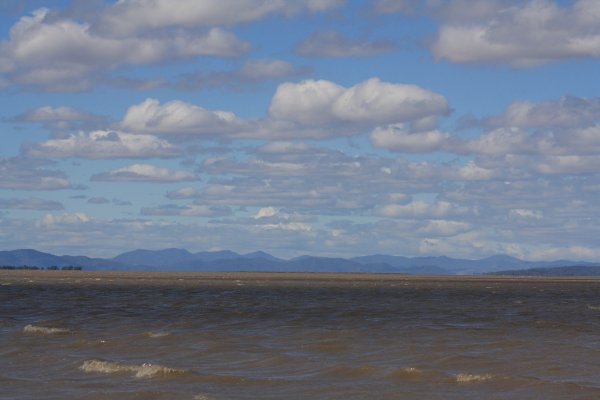 Example of an ephemeral lake: Goran Lake, 30 km south of Gunnedah, NSW - when full, it has a maximum depth of about 2 m, while its surface area is many square kilometres; a birdlist is available for this location

Comparison of Yarrie Lake when full and empty; the two photos were taken a few years apart, leading into the 2000-2010 10-year drought