Parts of the Australian continent are covered with grass, with little or no other, especially higher, vegetation. Natural open grassland is mostly found in the semi-arid interior of the continent. The area covered by grassland has increased since white settlement as a consequence of land clearing for livestock, in the form of paddocks and pasture.

Note that there is a separate page on Triodia ("Spinifex") grass.

The list of birds shown here coincides largely with that for paddocks.

Open grassland to the east of Wilpena Pound in SA; only in the foreground a few shrubs and some scrub can be seen 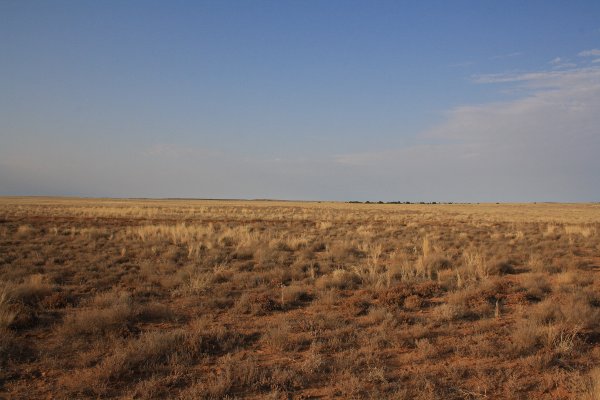 Open grassland at Sturt NP with low shrubs after two years of good inland rainfall; in times of drought this will be gibber country 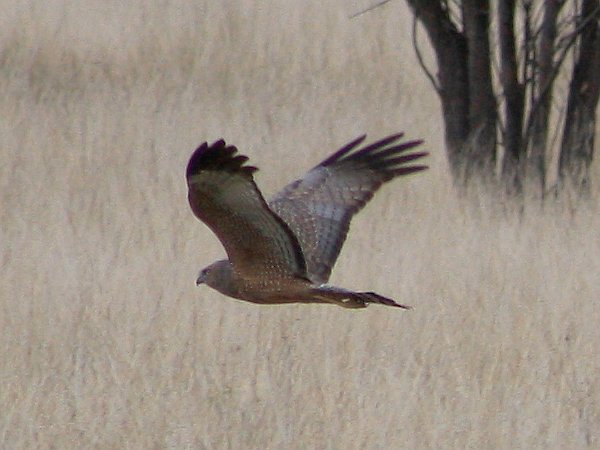 Spotted Harrier hunting in its typical way, low above grassland, which in this case is a paddock 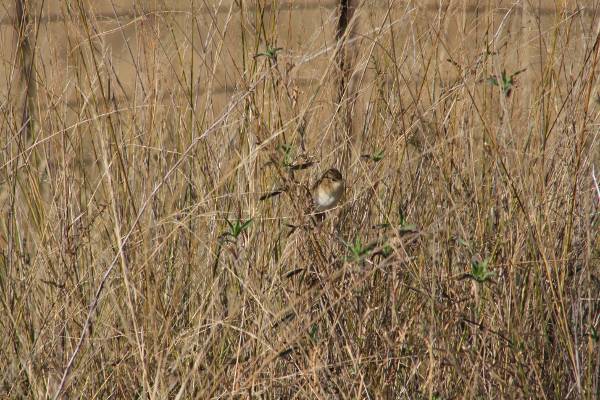 Golden-headed Cisticola scrambling out of tall grass, where is has been feeding on the ground, between the tussocks