Offshore islands can offer birds safety from many external influences, such as e.g. natural predators, but also human interference (including the absence of introduced predators such as cats, dogs or foxes). To many bird species it does not even matter what kind of vegetation is present on such islands. In the example shown below, there is just some grass and a few shrubs. Such an island will attract mostly aquatic birds that may nest there. Other, more vegetated islands, will also attract birds that feed and/or breed there.

Tasmania, which is a major island with its own characteristic fauna and flora, is not included here as just an "offshore island". 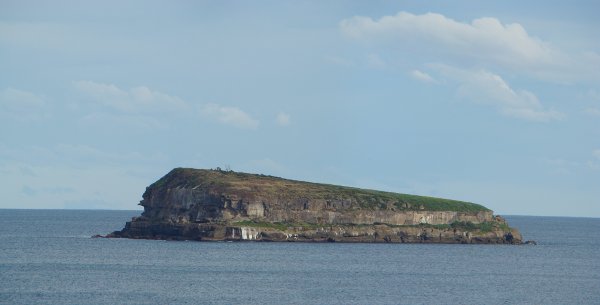 The example of an offshore island shown here is Bird Island Nature Reserve, off the coast of NSW, just to the north of Norah Head; note that other islands have a lot more vegetation, which explains why so many bird species are found on offshore islands (see above)