Swamps are permanently water-logged areas in shallow depressions, around lakes or along rivers, with vegetation rooting in the water, but reaching the surface. True swamps have trees, while transitional swamps have only shrubs.

Swamps offer potential habitats for a variety of waders and other birds, for feeding, nesting and also hiding. Swamps not only attract aquatic birds, but there are many other species that can benefit from the presence of higher and/or denser vegetation in otherwise drier, less vegetated surroundings. Being a dry continent, Australia does not have a large number of swamps.

There is a separate page describing areas that are not permanently water-logged, i.e. ephemeral wetlands. 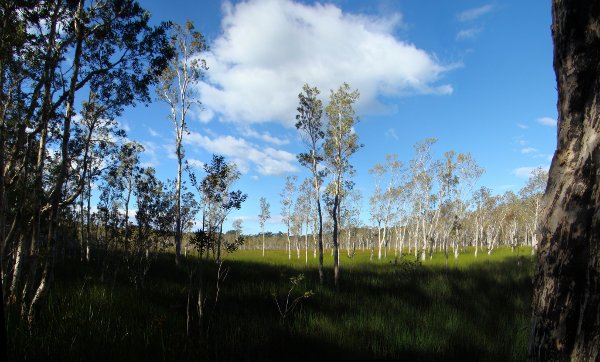 Example of a true swamp - Melaleuca swamp with reeds at Myall Lakes National Park, NSW; this swamp is found on the shore of a lake 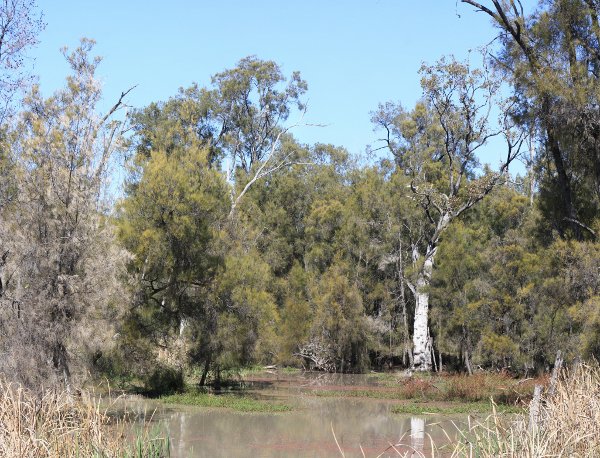 This swamp is found at the inlet of Yarrie Lake, a small natural lake in inland NSW; in this habitat a large number of Rufous Night Herons was found 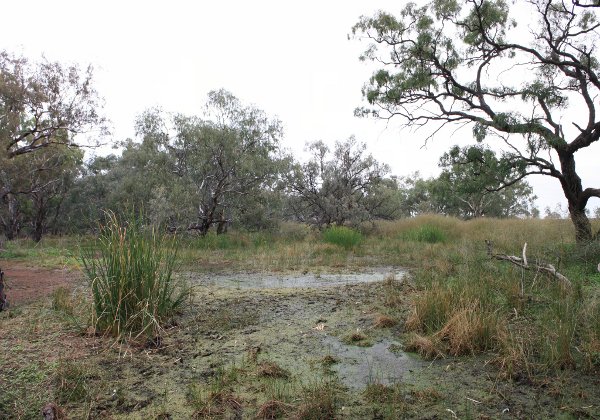 Example of a riverine marsh - eucalypt-dominated swamp with reeds and grass tussocks at Macquarie Marshes NR, NSW; this swamp is located on the banks of the Macquarie River