Birds of Australia - species that nest in bare tree forks

It may be hard to believe, but it is possible for a female bird to lay an egg into a suitably shaped fork of a tree, without a nest of any kind. The depression in the tree fork must have a shape that also makes it possible for the birds to incubate the (single!) egg and for first the egg, and later the chick, to not fall from the tree. We know of only one species using this technique, usually in only one type of tree, the Norfolk Island Pine, namely the White Tern. 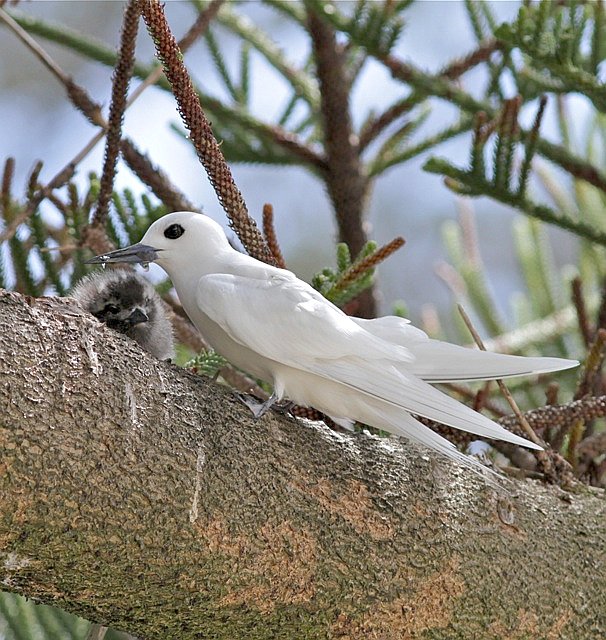 White Tern with its chick in the "nest", on a major branch of a Norfolk Island pine (photo courtesy of B. Hensen)
[Wharf, Lord Howe Island, November 2014]