Birds of Australia - species that build nests in hollows

Hollows can either pre-exist and just be furbished to suit the needs of birds looking for a place to nest or they can be actively created, e.g. by digging a cavity out of some suitable material. Here a few examples (we present nest tunnels on a separate page).

NB: Note that some species may build a basket-shaped (stick) nest inside a hollow.

Hollows are naturally present, or can be created, in a number of different settings:

eucalypts, in particular those commonly referred to as "box gums", are prone to incur internal damage due to termite infestation. Many trees have a sound outer shell, but rotten core. This, and entry points such as openings in knots where branches have previously fallen off, offers birds (and other animals) the opportunity to create and use hollows for roosting and/or for nesting. 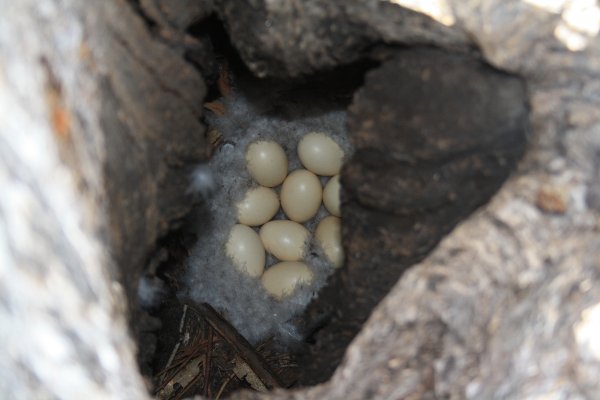 Deep hollow inside an eucalypt tree (about 0.8-1.0 m) with an Australian Wood Duck nest inside 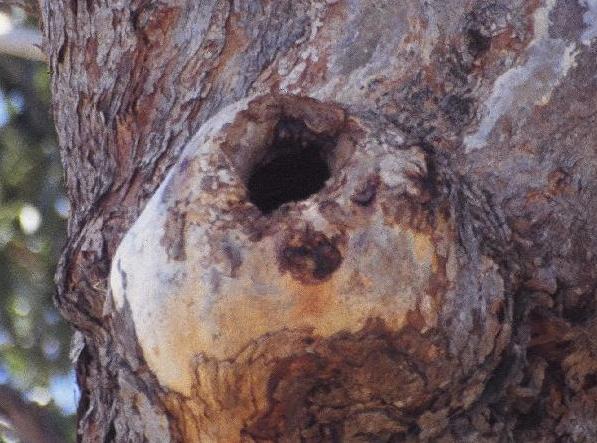 Entrance to the nesting hollow of a pair of Sacred Kingfishers 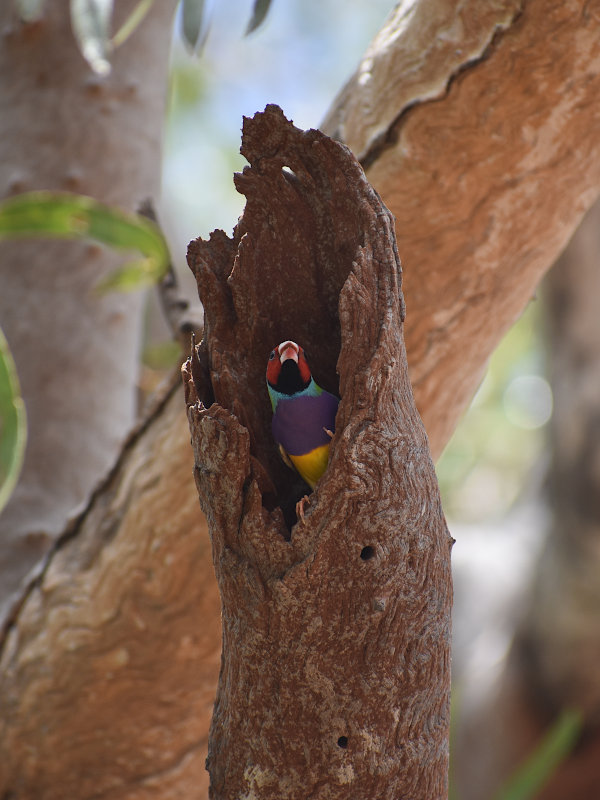 Male Gouldian Finch at the entrance of its nest hollow (photo courtesy of P. Brown)

Termite mound on the ground

We are aware of only 3 species of Australian parrots, all in the genus "Psephotus", that nest(ed) in termite mounds on the ground. Two, the Hooded Parrot of the Top End of the NT, and the "Golden-shouldered Parrot" (Psephotus chrysopterygius; resident in far-northern QLD; not yet shown on this website) are extant. One other, the "Paradise Parrot" (Psephotus pulcherrimus) that formerly resided in SE QLD, is presumed extinct. 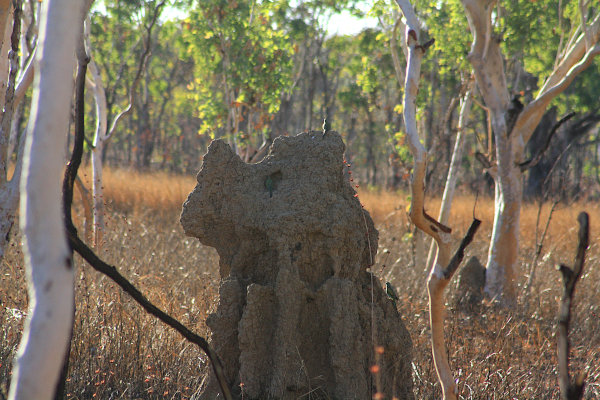 We have observed three Hooded Parrots busying themselves around a termite mound, but could not find a nesting hollow

Although termite mounds are very hard (and therefore tough to penetrate), they also offer extra protection. Some bird species make use of this by drilling nesting hollows into termite mounds, both in trees (no photo available yet) and on the ground [described below].

Some species, mostly raptors and seabirds whose preferred habitats include cliffs or escarpments, tend to use natural hollows for nesting. Note that such natural crevices can be replaced by artificial structures, such as e.g. fissures in walls. 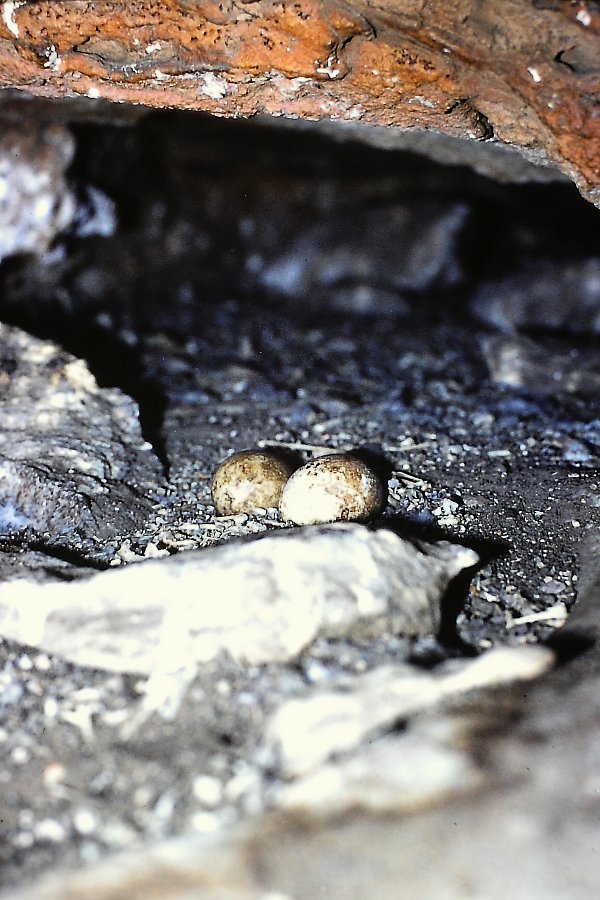 Peregrine Falcon nest with 2 eggs in it (photo courtesy of D. Johnston)

Nest tunnels, which can be seen as a type of hollow, are described on a separate page on nest tunnels.

On other continents: Cacti

On other continents (e.g. the Americas) birds excavate hollows out of the trunks of cacti as well.