Australia is home to three species that use the heat generated by the fermentation of organic material (such as leaf litter) to assist them in the slow incubation of their eggs. From these mounds, after a long incubation period, very well-developed chicks will hatch, which will immediately be self-sufficient. To produce such well-developed offspring, the eggs of these mound-nesting species are, compared with other species of similar size, enormous. Example: Malleefowl are roughly comparable in size and weight with domesticated chickens. However, while in chickens a 70-gram egg is considered "oversize" (and often has two yolks), a normal Malleefowl eggs weighs in at 210 grams! Having to produce enormous mounds to make fermentation work, the males of these species are all "obsessive-compulsive" scratchers (as some gardeners can verify). 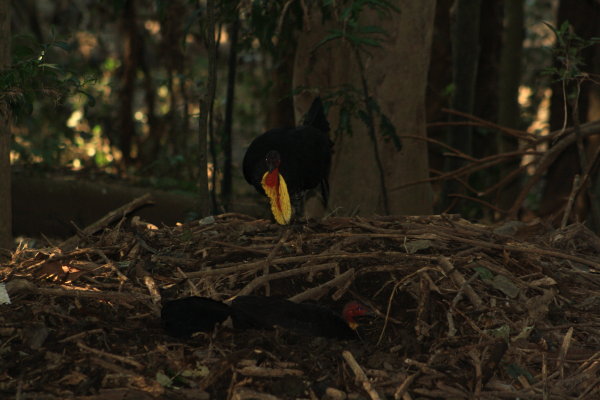 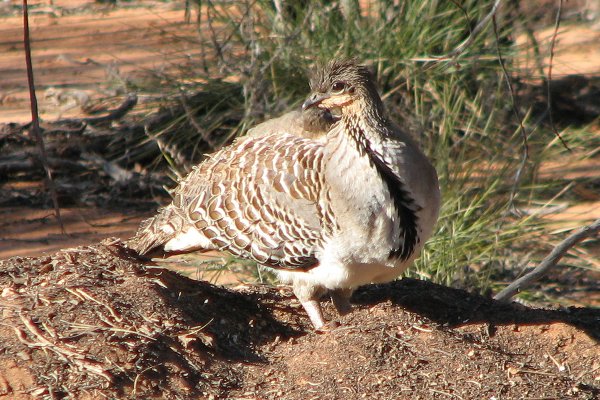 Near-frontal view of Malleefowl on its nesting mound (photo courtesy of R. Brinsley) 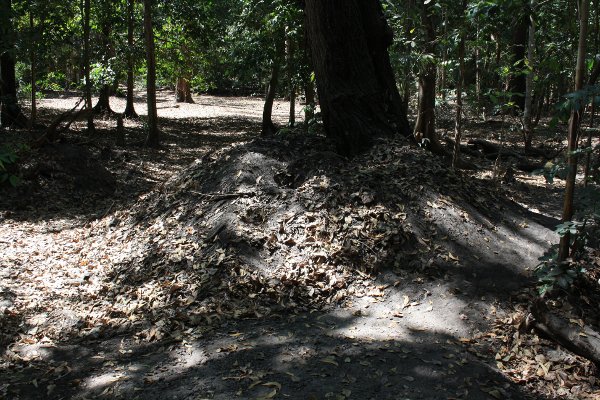