There are a few categories of birds that - for good reasons - do not build nests at all (not even a pro forma effort by, e.g. clearing a small area of ground of debris to form a scrape).

This species has developed the peculiar habit of placing a single egg in the nook of a branch coming off the main trunk of a Norfolk Island pine.

Relying entirely on their outstanding camouflage, all species of nightjars known to us will lay there eggs somewhere in their preferred habitat, be it stony desert or leaf litter, without even producing a scrape which, as a disturbance in the surrounding landscape, would only potentially draw unwarranted attention.

A very small number of species don't build nests because there is no suitable material or site around at all: Emperor Penguins and King Penguins keep their single egg warm on their feet, under a skin pouch, while the parents take turns staying on the icepack of Antarctica throughout their breeding season (no photo available yet).

Some bird species leave the arduous task of building a nest to others - these are the parasitic cuckoos. Once they have mated with their partner, female parasitic cuckoos will lay a single egg into the nest of a pair of hosts. The hosts are always smaller than the cuckoos, and a cuckoo chick will outgrow the size of its host parents while still fully dependent on their support; it is therefore essential for the cuckoo chick to be their host parents ONLY chick. In some cases the female cuckoo will eject the host's eggs from the nest before laying her own, in others the chick will later push the hosts' chicks out of the nest. In order to ensure that the cuckoo chick will be the strongest, cuckoo eggs always have shorter incubation times than their hosts' eggs. Although host species know what a cuckoo is (and which threat it poses to their breeding efforts), the cuckoo's eggs are so well-adapted to their hosts' that the hosts cannot tell the difference (although the cuckoo eggs will always be larger, but who would not be proud of an extra, super-size egg?)...

NB: The Pheasant Coucal, although a cuckoo species, is NOT parasitic. 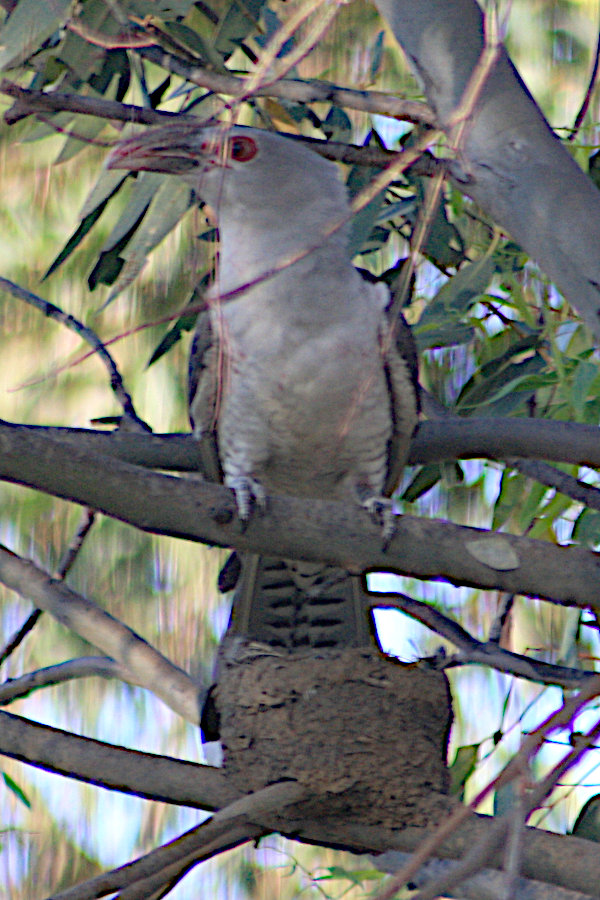 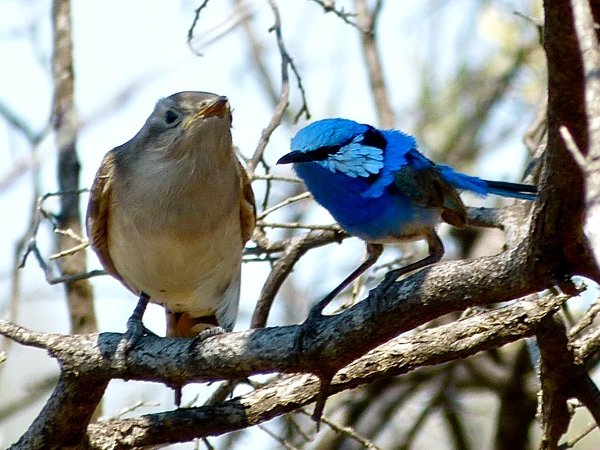 Juvenile Horsfield's Bronze-Cuckoo begging to be fed by a male Splendid Fairy-wren (photo courtesy of B. Hensen)