Birds of Australia - species that nest in scrapes/bowls

Scrapes are just areas on the ground cleared of debris. They can be made in sand or soil, which are relatively soft materials, but also on hard rock, where there may be a natural shallow depression, if a depression is required at all.

Scrapes and bowls are often found in open terrain, where a scrape can be near-impossible to find, certainly when the parent birds are not incubating. Bird species using this nesting technique have extremely well-camouflaged plumage, eggs and chicks. Chicks are often precocial, leaving the nest soon after hatching. We include here in the definition of "scrape" also nests that are made on bare ground or rock (ledges) under overhanging rocks/cliffs/vegetation.

Note the totally different approach of these species compared to others that build nests in well-protected places, e.g. in hollows. 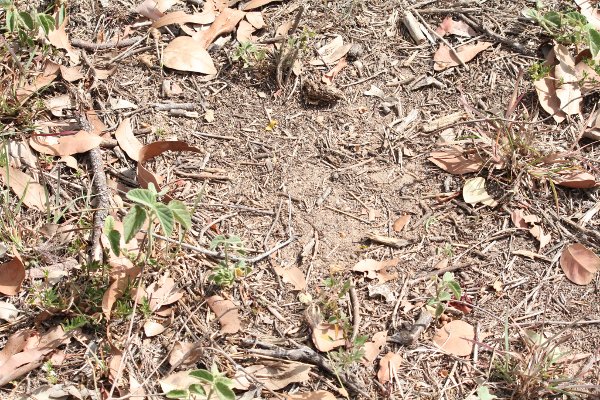 Bush Stone-curlew nest, which is just a scrape (photo courtesy of L. Tonnochy) 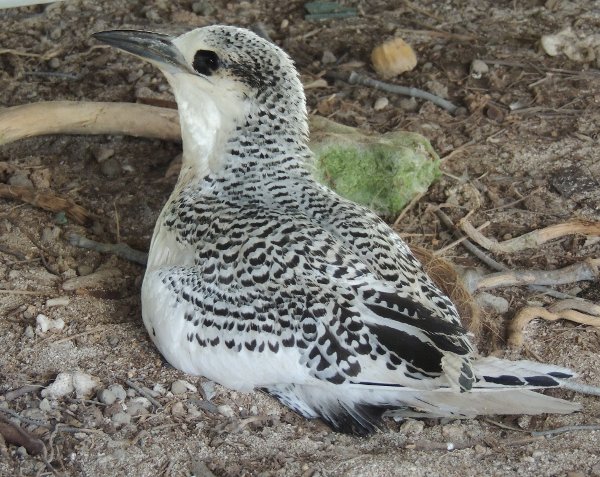 Near-dorsal view of a Red-tailed Tropicbird chick in its nest (photo courtesy of M. Mearns)

Bowls are accumulations of material, e.g. stones, around a scrape to create a (usually shallow) nest wall. Such nest walls give an egg additional protection in the sense that it cannot accidentally roll away, but the nest is also more easily detectable. Bowls are usually used by bird species in remote locations (such as e.g. Antarctica or uninhabited islands) where is no need for optimal camouflage. 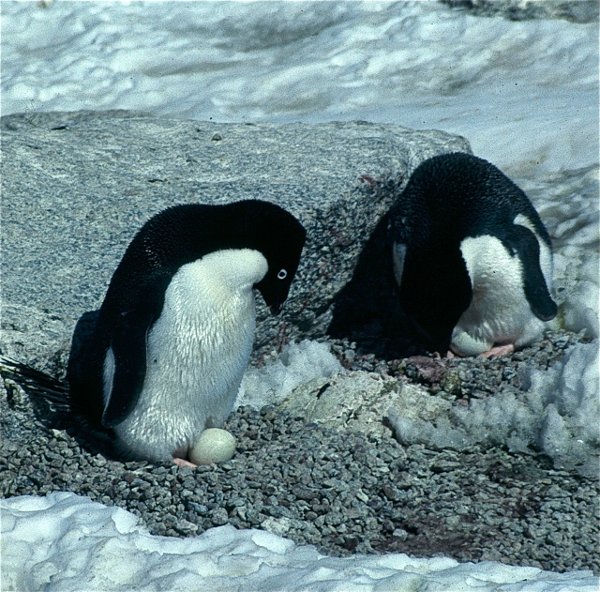 Adelie Penguins on their rock nests, with eggs visible under both birds (photo courtesy of B. Hensen) 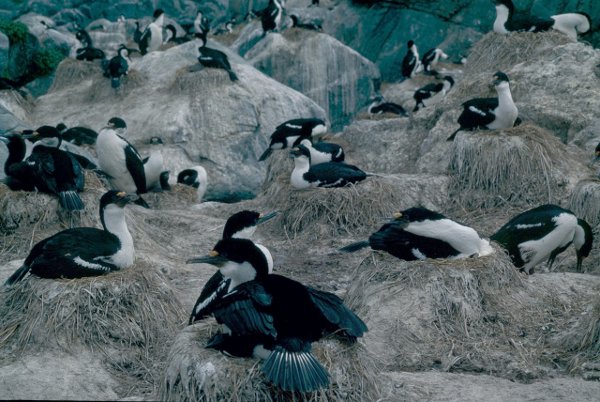 Colony of nesting Macquarie Shags (photo courtesy of B. Hensen) 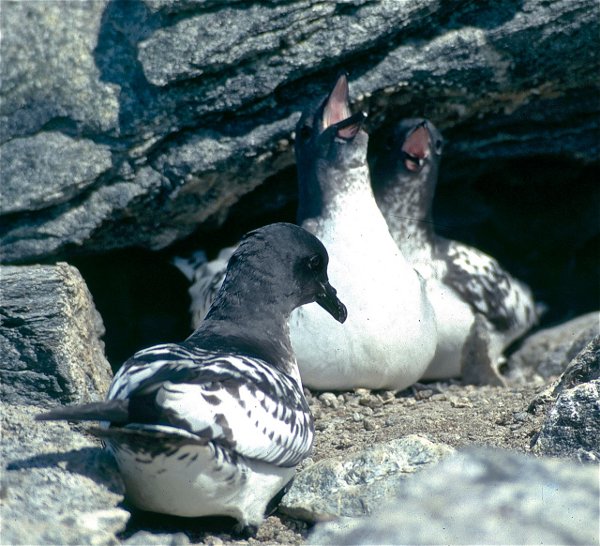 Pair of Cape Petrels defending its nest against a neighbour or intruder (photo courtesy of B. Hensen)