A relatively small number of bird species in Australia use nest tunnels. These provide extra security, because they are made so narrow, and often with an opening that is out of reach of predators, that nobody but the birds themselves can enter them. Tunnels are usually dug into soil, often (but not always) in steep banks. We distinguish these from hollows dug into trees etc.

Typical "design" of a nest tunnel

A nest tunnel is usually near-circular in shape. Its diameter is so narrow that larger birds than the owners cannot enter. Similar to a basic dirt track for cars, which has two slightly indented tyre tracks, the bottom side of the opening to a nest tunnel has a "W"-shaped dual indentation where the birds' feet touch down (and scrape out the dirt; see photo below). The entrance has a threshold to keep out water and probably also to deter potential predators. At the end of the tunnel, which can be up to 2 m deep, there is a wider nest chamber. In some cases this will be lined with soft material, other species just lay their eggs on bare soil. Although the nest chamber is wider than the tunnel itself, once the chicks are growing there will be no room for the adult birds to turn around and they must leave the tunnel the way they entered, moving backwards, tail first. 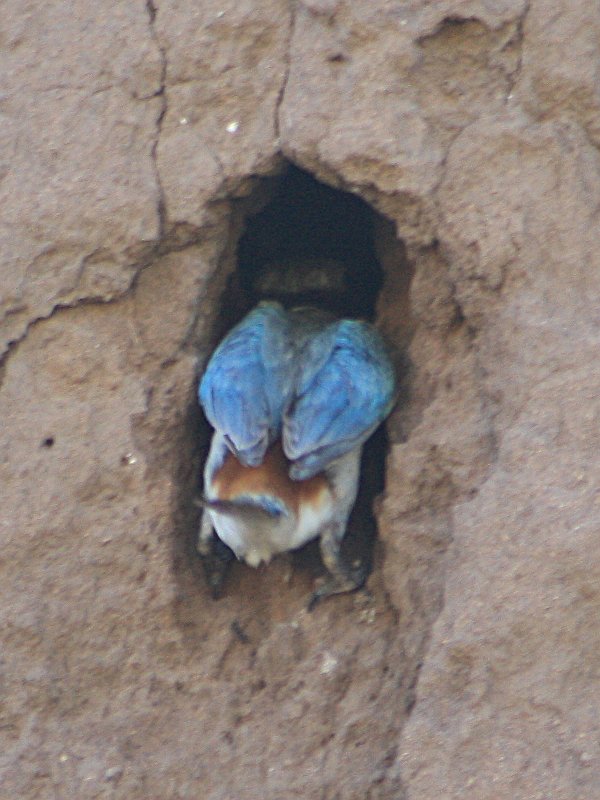 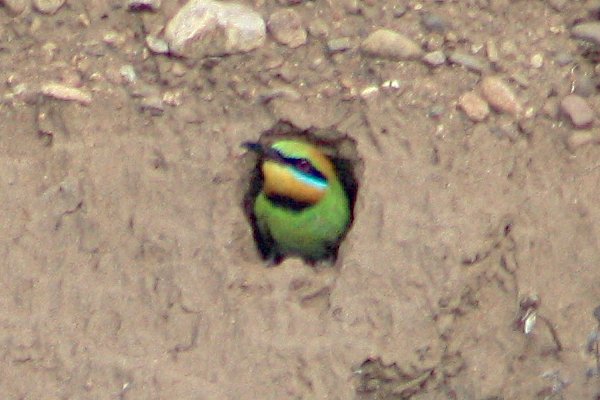 Rainbow Bee-eater in the opening of its tunnel nest in a vertical bank of a creek bed; again, this bird is leaving its nest tunnel head first, so it must have turned around inside the nest chamber 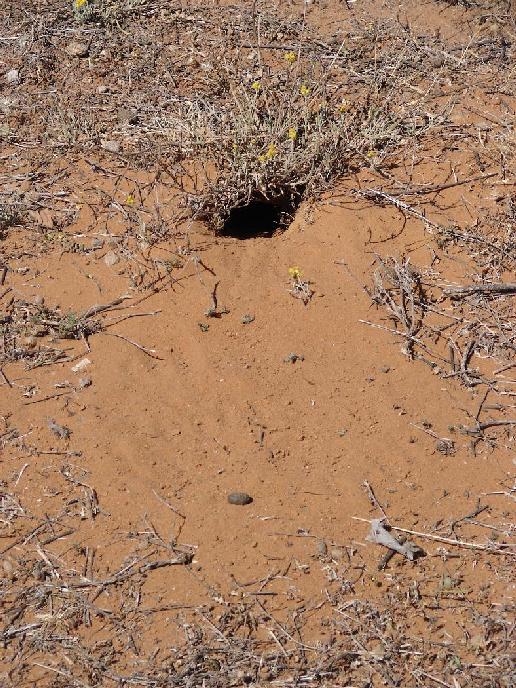 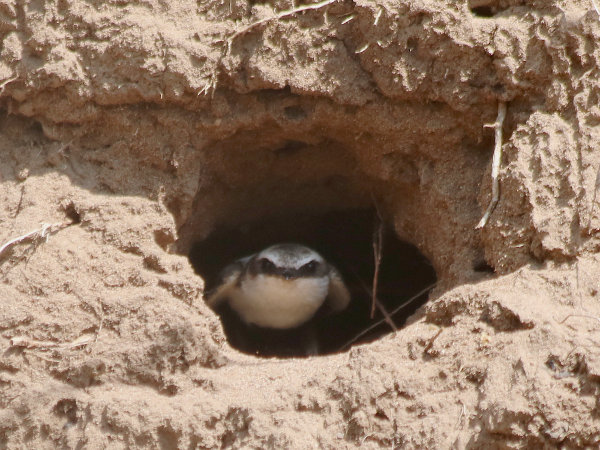 White-backed Swallow looking out of its nest tunnel