Banksias are a genus of plant species. Their flowers produce large amounts of nectar, which makes them a major food source for various species of birds, including many honeyeaters. The scientific name, banksia, is also used as the common name. Banksias are usually found in (often coastal) scrub. 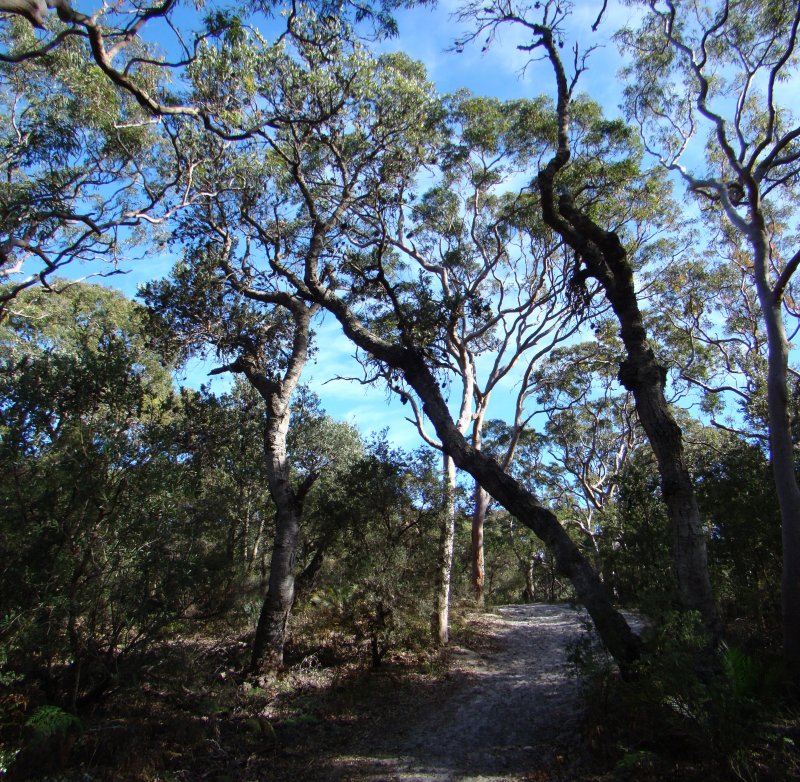 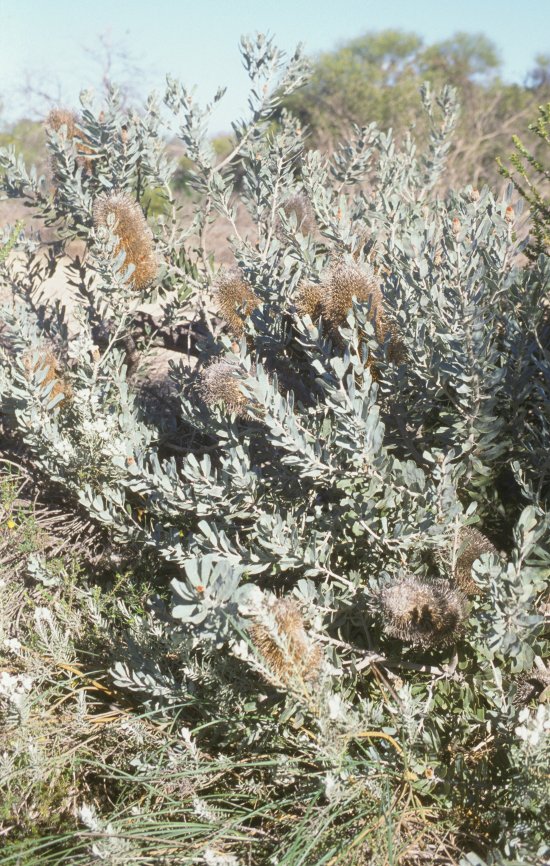 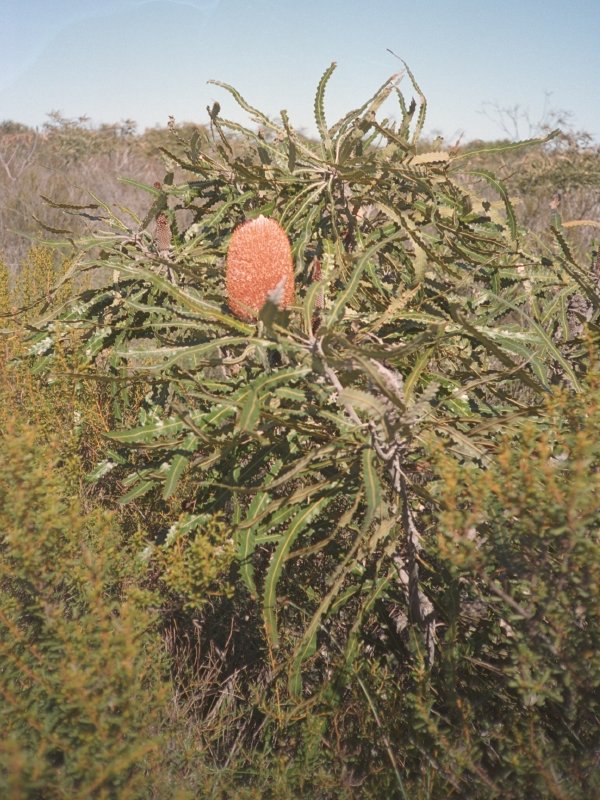 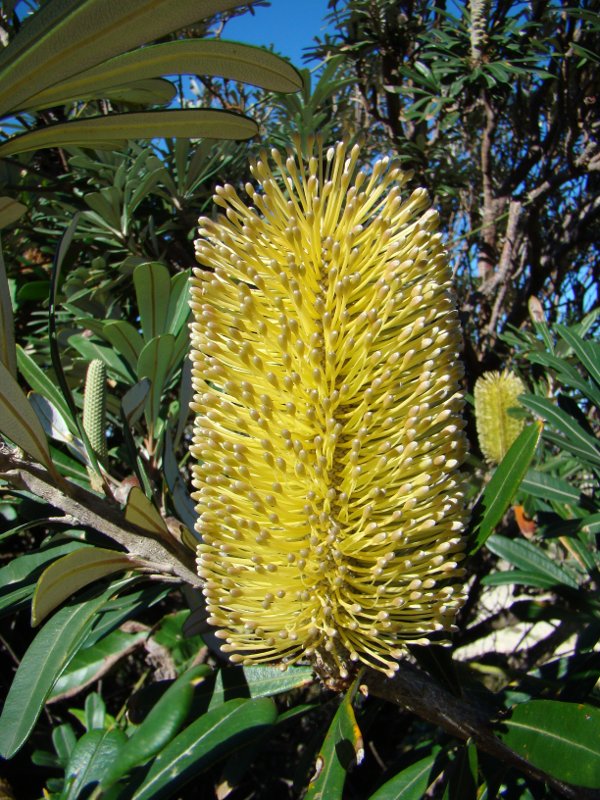 Flower of a coastal banksia before opening its petals 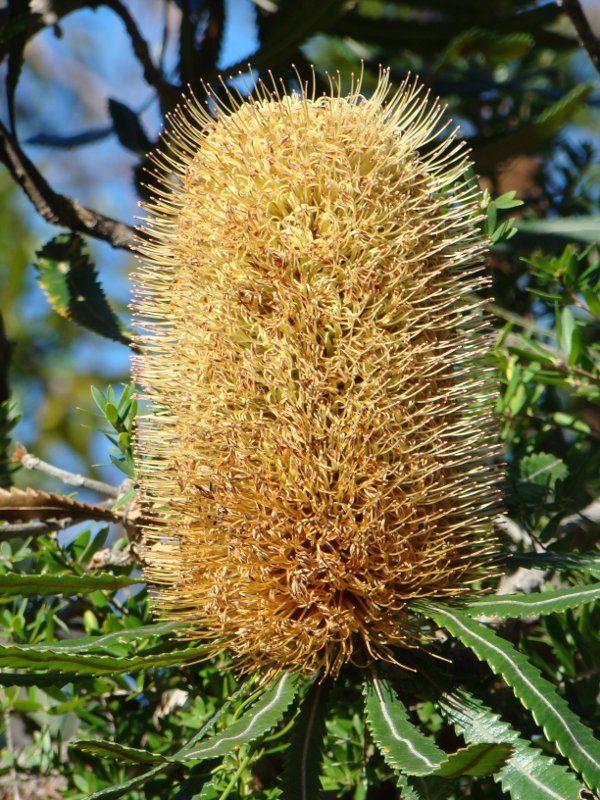 Banksia flower at its prime, with nectar for birds to feed on 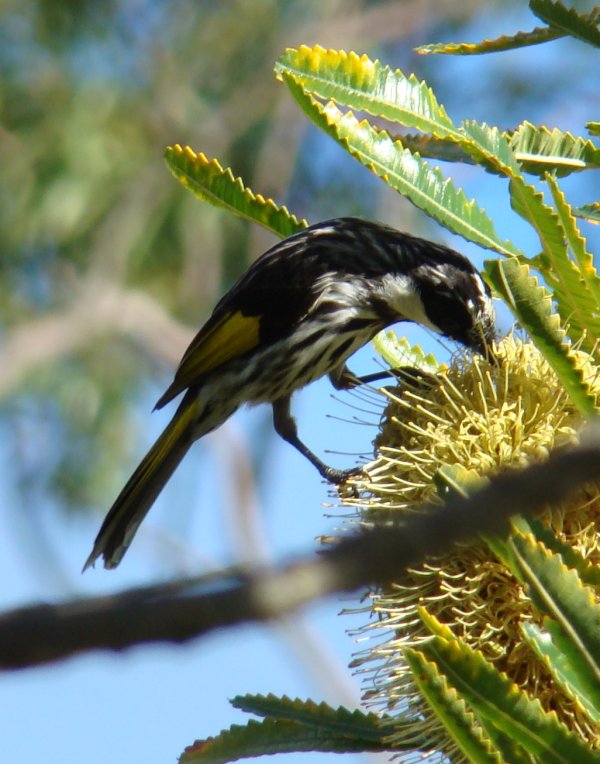 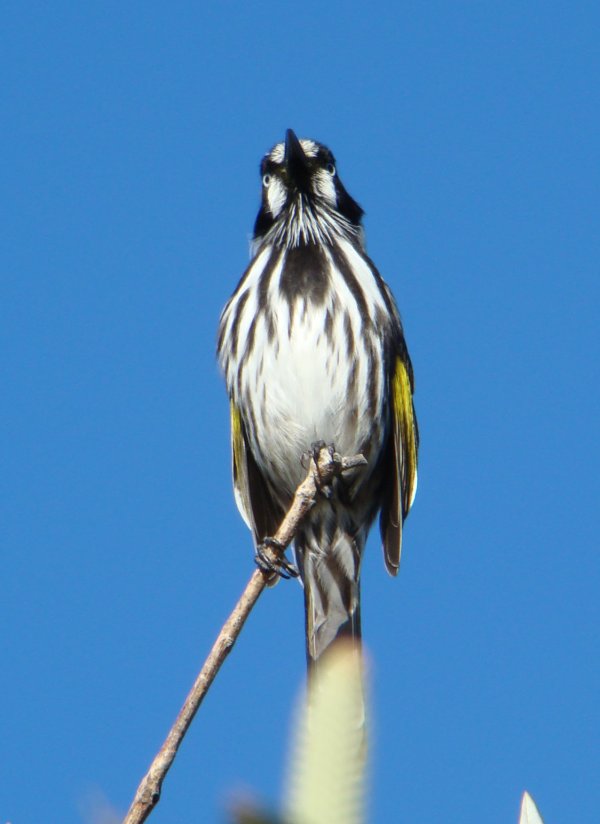 New Holland Honeyeater using a banksia as its vantage point