Grevilleas are a large genus (with about 360 species) of evergreen flowering plants, with spidery flowers. As an example, the Silky Oak, also commonly called by its scientific name, Grevillea robusta, is the largest member of a whole family of trees and shrubs that, when in flower, offer Australian birds a major source of nectar. To the best of our knowledge, Grevillea robusta is the most prolific producer of nectar, thereby attracting bird species that would normally not feed on nectar (such as, e.g., Australian Ravens. Smaller species of Grevillea usually attract only various species of honeyeaters. 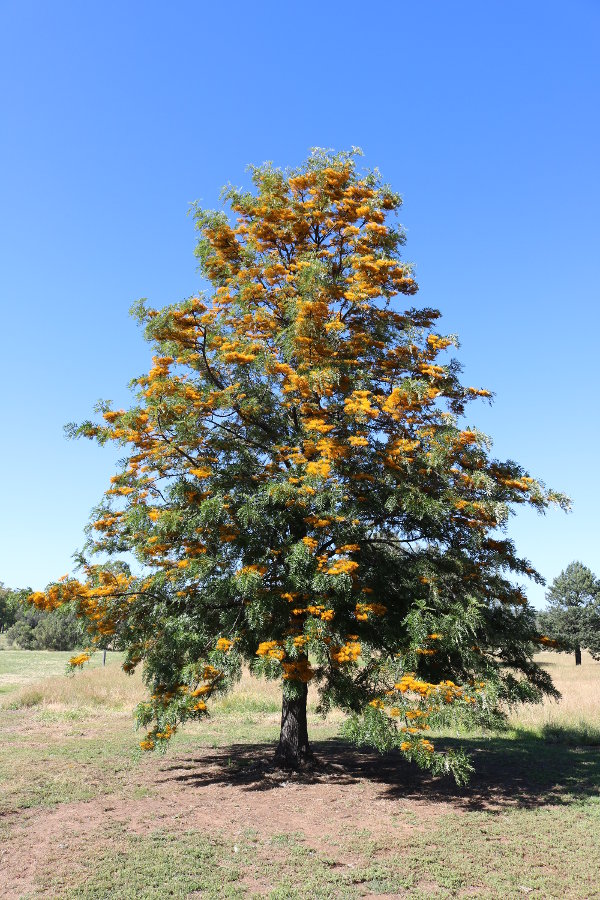 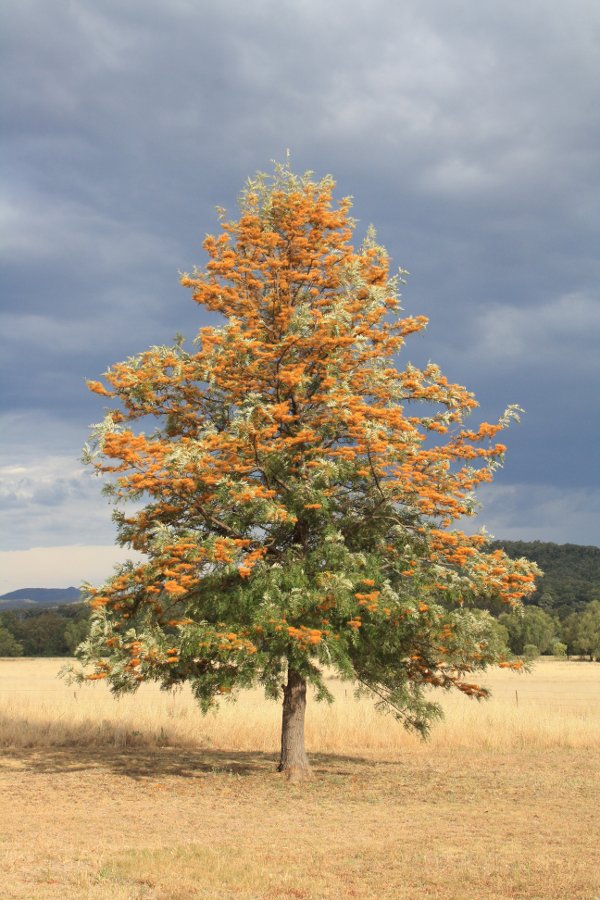 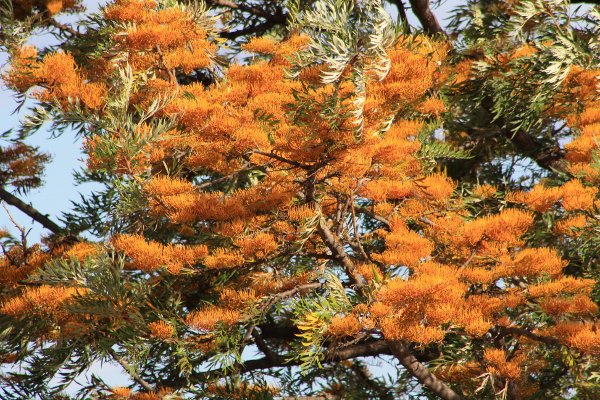 Closer look at Grevillea robusta flowers; they can cause real feeding frenzies, e.g. amongst Noisy Friarbirds 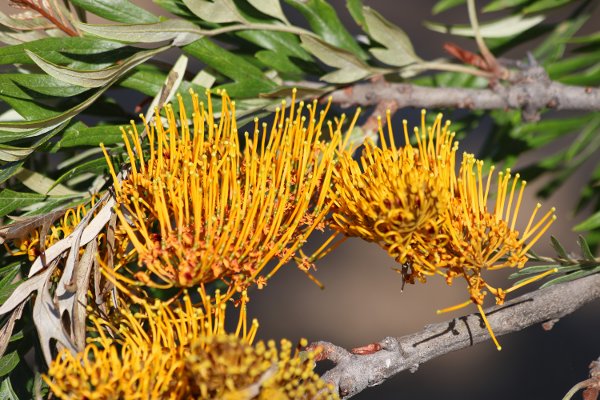 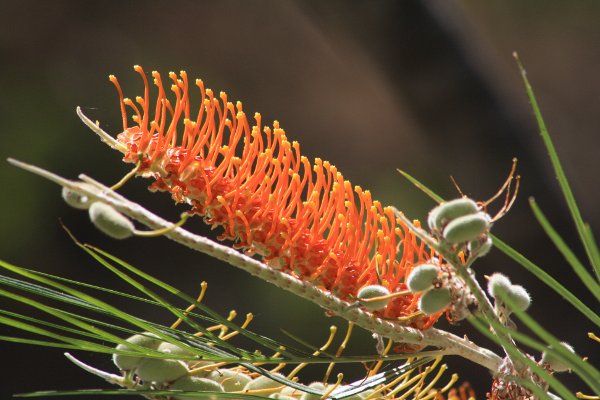 Northern Australia is home to various species of grevillea; this flower was found by us at Umbrawarra Gorge NP, NT 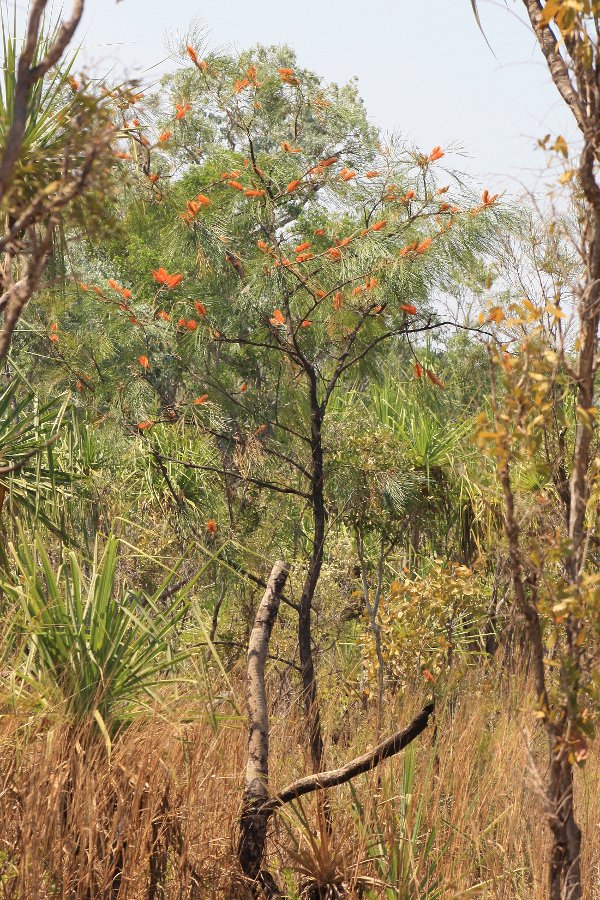 Northern Australia is home to various species of grevillea; this shrub was found by us on the edge of a monsoonal wetland at Umbrawarra Gorge NP, NT 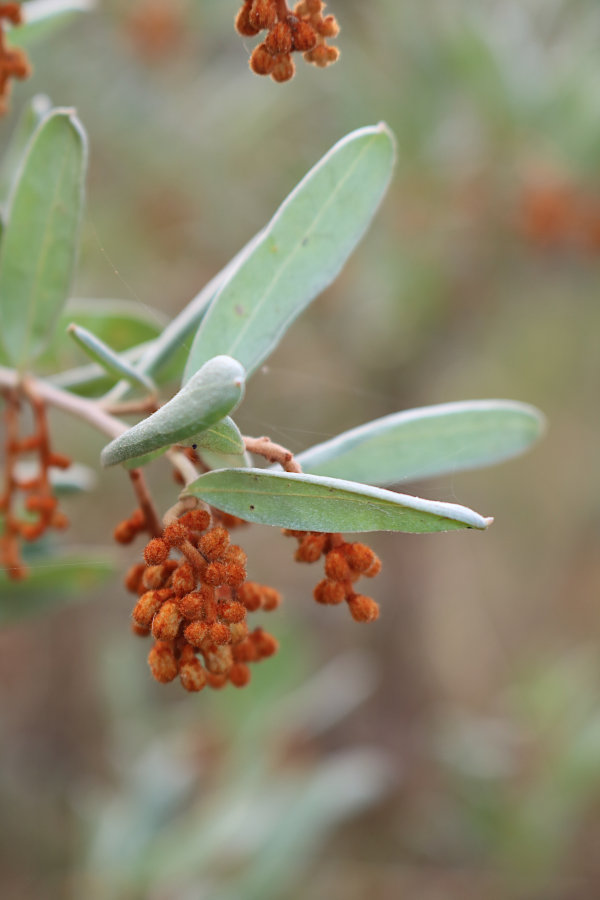 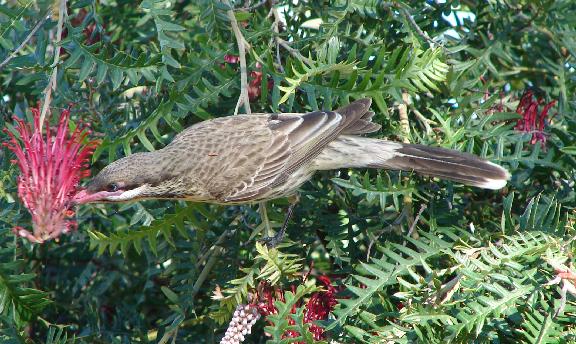 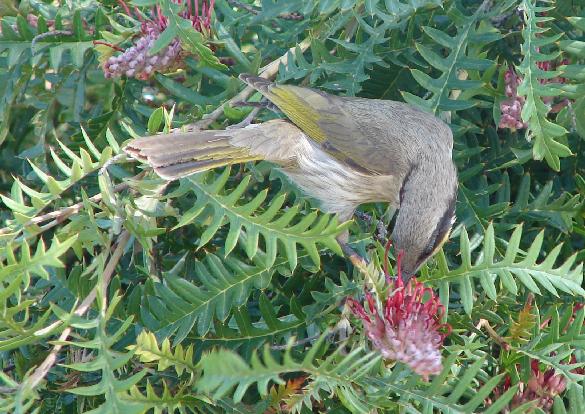 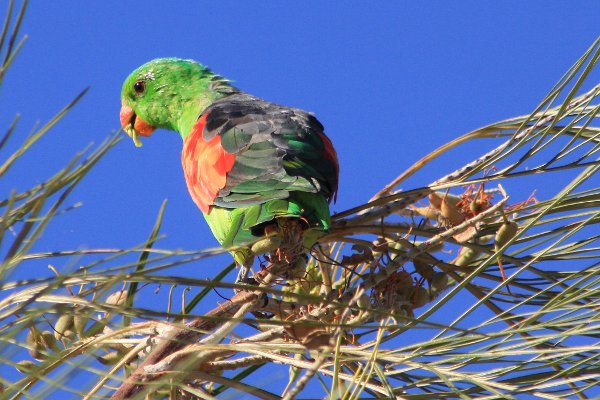