Mistletoes are two genera of parasitic plants that host on a variety of other Australian plants. They are propagated by the Mistletoebird. Although propagated by only one bird species, mistletoes play an important part in the lives of many other bird species as a valuable source of nectar and, for some, also nesting space. 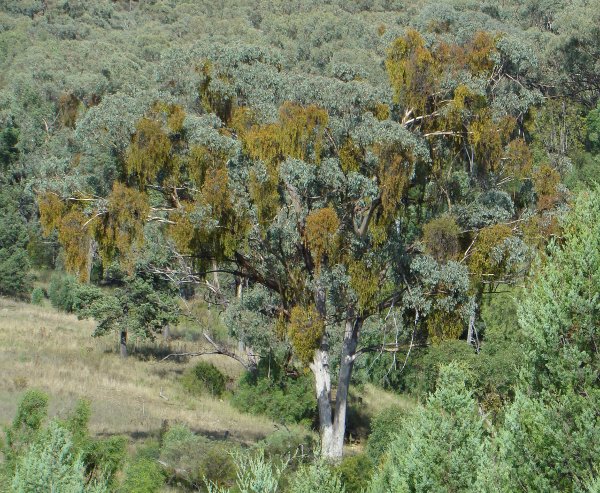 This eucalypt tree was obviously the favourite of the local Mistletoebirds 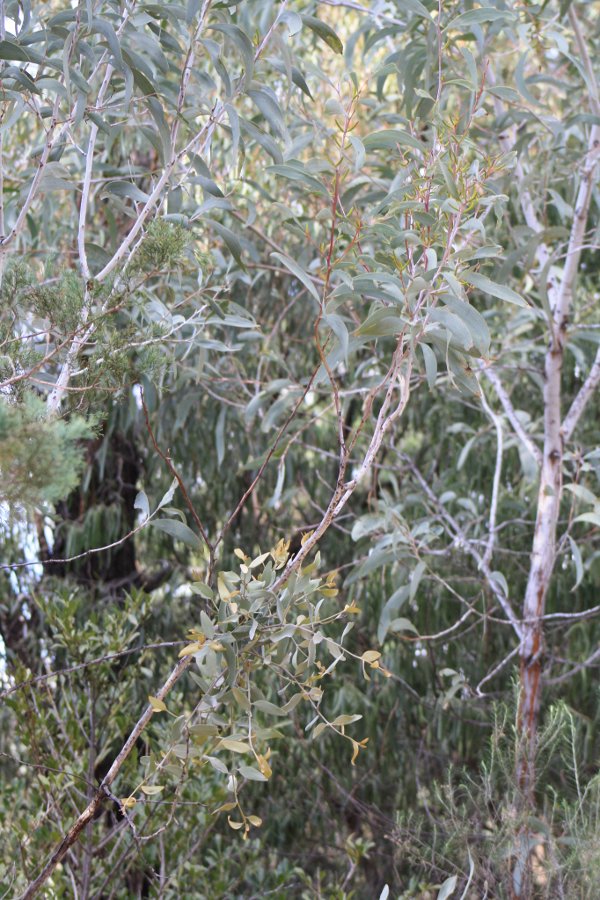 Mistletoe hosting on a wattle 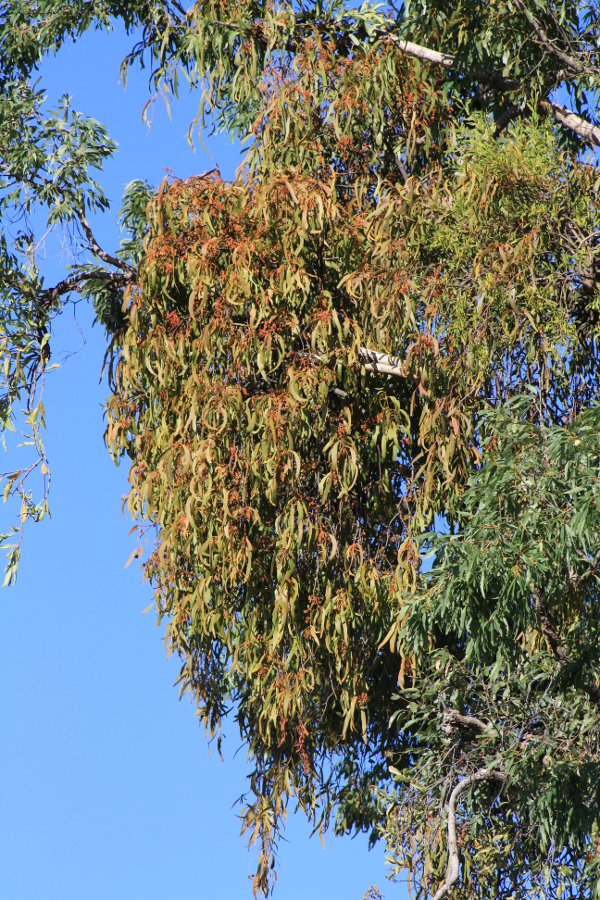 Clump of Mistletoe with budding flowers 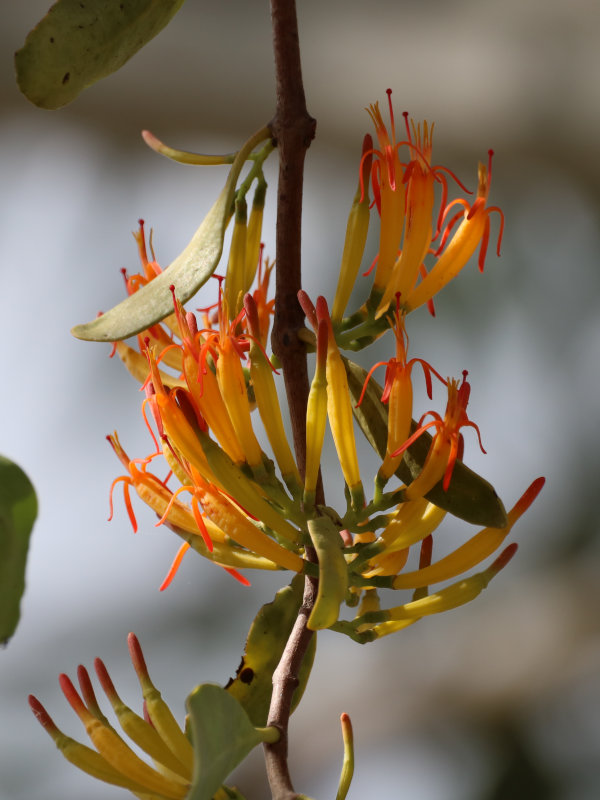 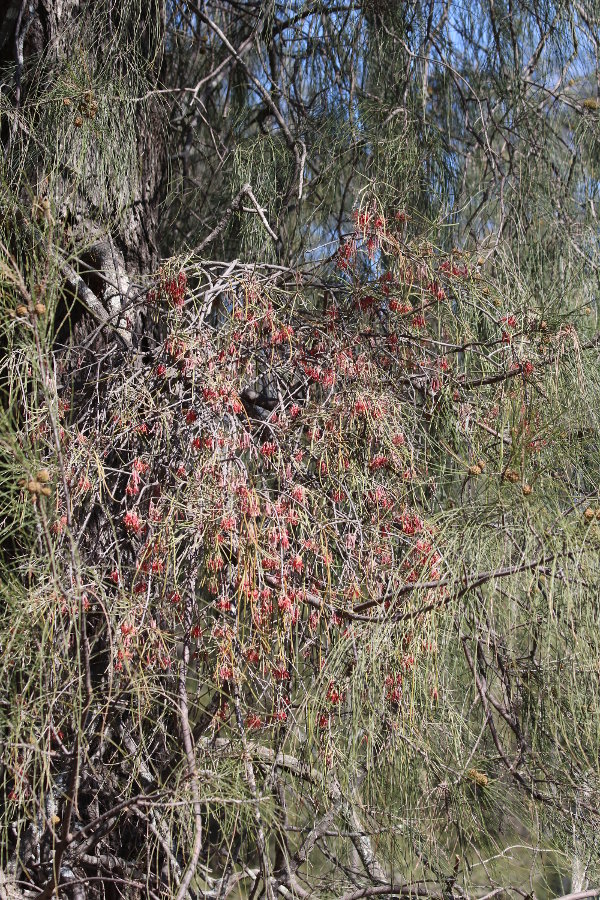 Flowering Mistletoe hosting on a casuarina 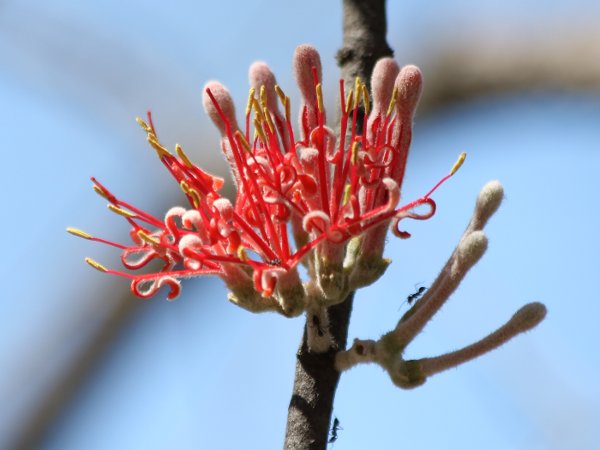 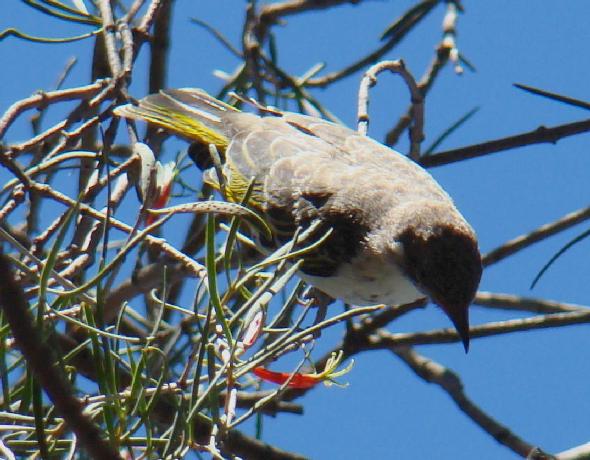 Example of a species having a preference for Mistletoe in Casuarinas: Painted Honeyeater 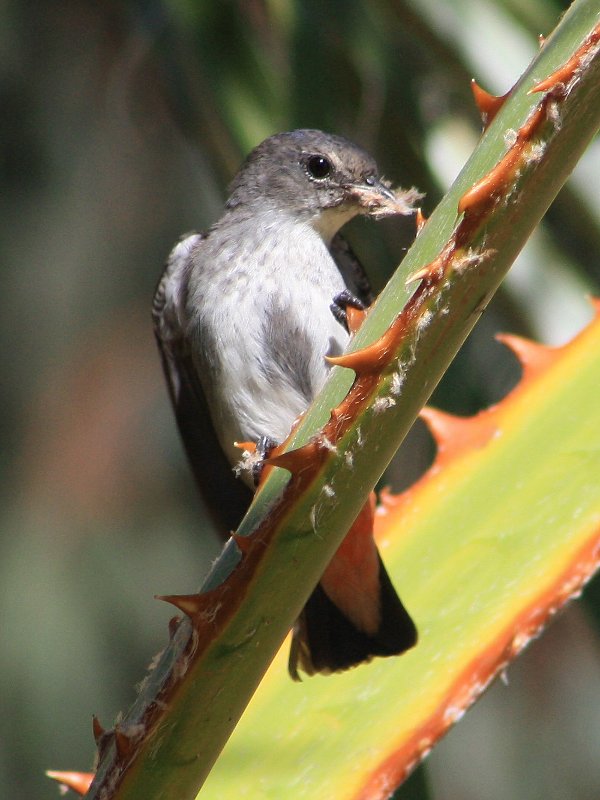