River Red Gums are a particularly important species of eucalypt. They grow along watercourses over most of the Australian continent, including the semi-arid to arid interior. Especially in the centre they provide birds with valuable living spaces, including nesting space (such as e.g. hollows) and nectar as food source. Tapping into the subterranean waterflow of the watercourses they line, River Red Gums can survive for many years without the need for the river/creek where they stand to have surface water.

There are separate pages on other eucalypts and Swamp Mahogany. 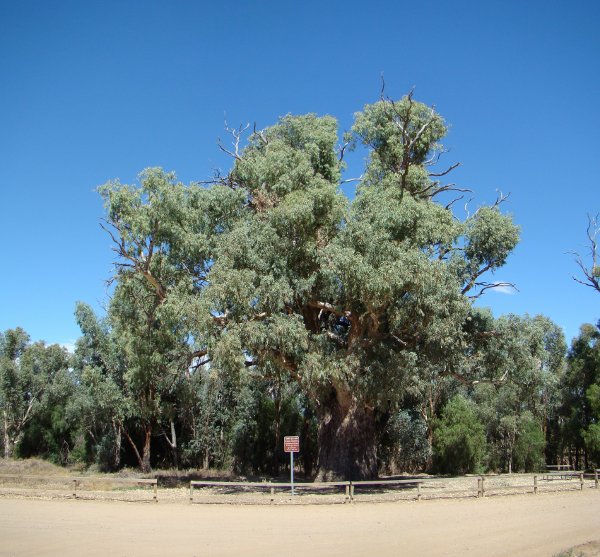 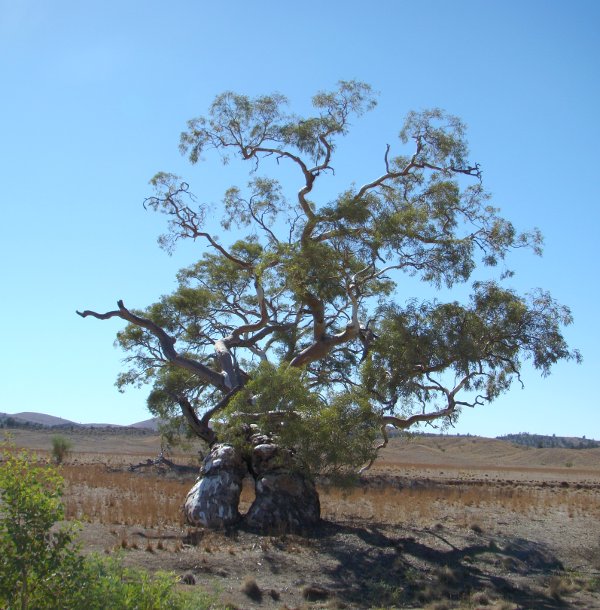 Intertwined, stunted River Red Gums in a gully in an otherwise arid environment, on the southern boundaries of the Flinders Ranges, SA 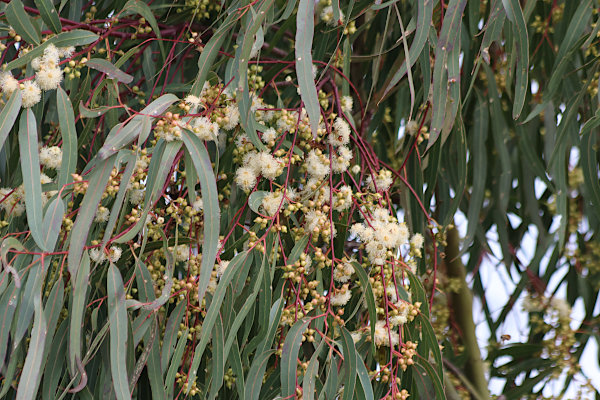 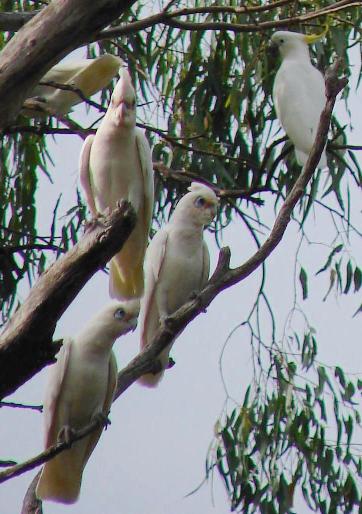 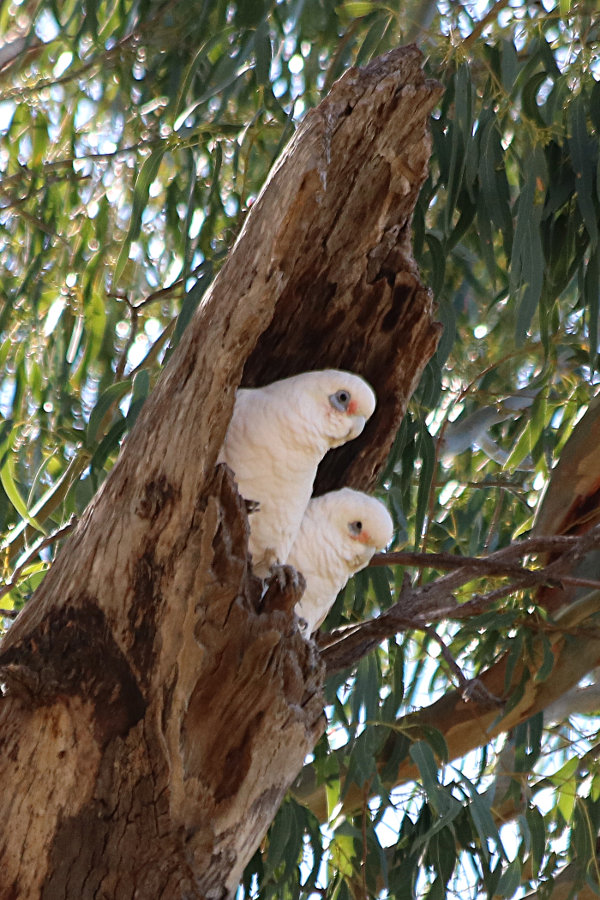 Little Corellas' version of "home, sweet home"... Hollow-nesting species such as cockatoos start selecting their new home early, before the start of the new breeding season (which is usually defined by the winter solstice)