Here a description of the commonly used terms to describe birds' bodies and plumages. For more terms see the glossary. There is a separate page on birds' field of vision. 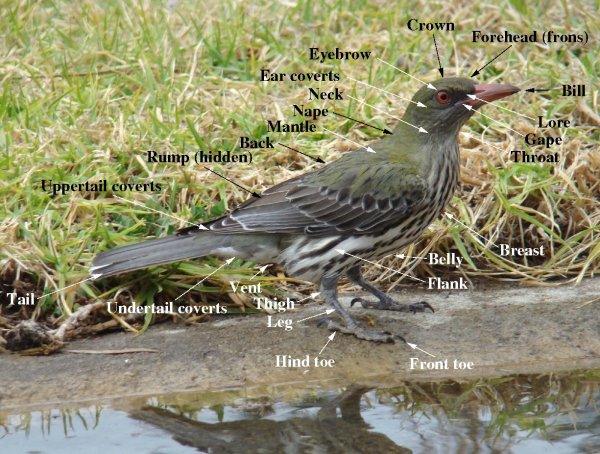 Lateral view of an Olive-backed Oriole; for a description of the wing plumage see below 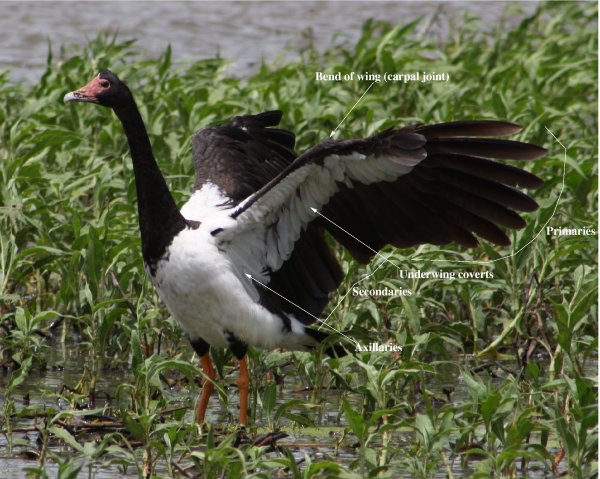 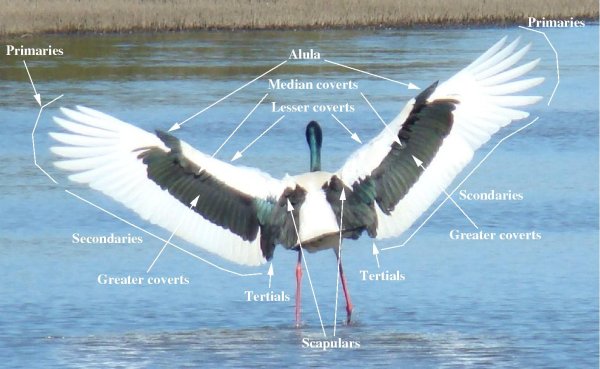 Black-necked Stork hunting in shallow waters, casting a shadow with its outstretched wings

Some birds have prominent ceres, i.e. bare, fleshy parts just above their bills, in which the nostrils are located. The cere can sometimes used for identification purposes. Often the ceres of immature birds have different colours compared to those of adult bird. Or, as in the case shown below, the ceres of males and females differ. 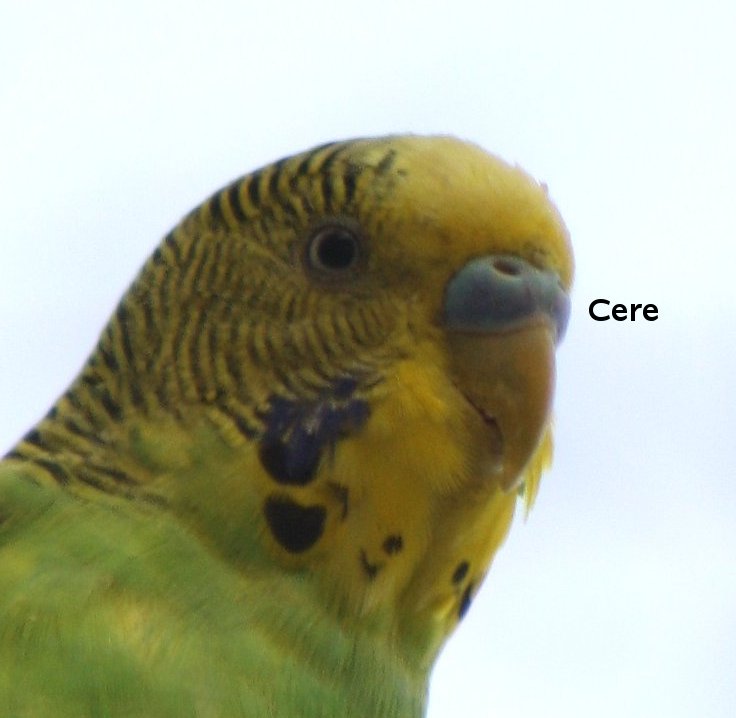 Close-up portrait of a male Budgerigar, with its blue cere; females have fleshy-coloured ceres

Many birds have crests, consisting of a number of feathers that can be erected. Some crests are inconspicuous, giving a bird's head a helmet-shaped appearance, others are prominent and colourful, as e.g. the Sulphur-crested Cockatoo's. 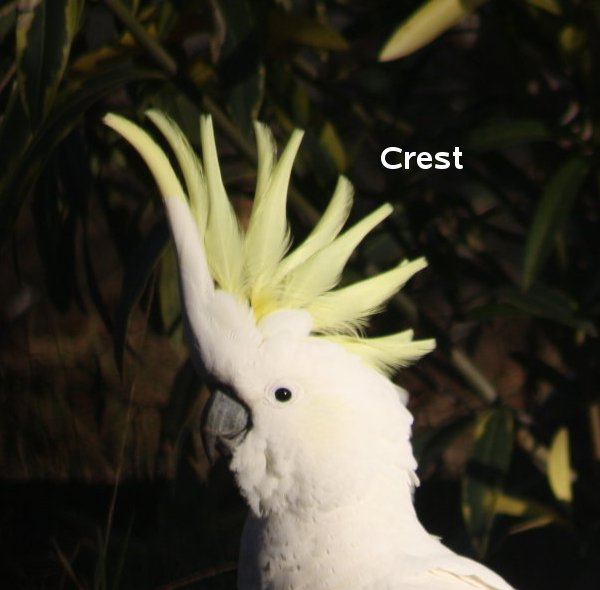 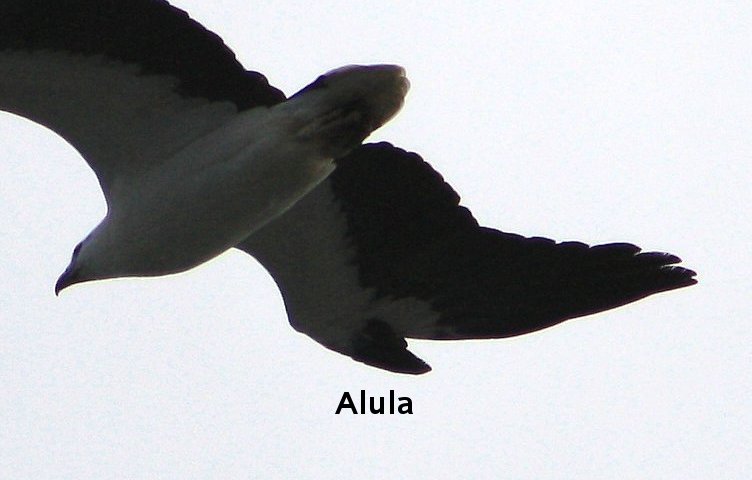 Prominent alula on the wing of a White-bellied Sea-Eagle 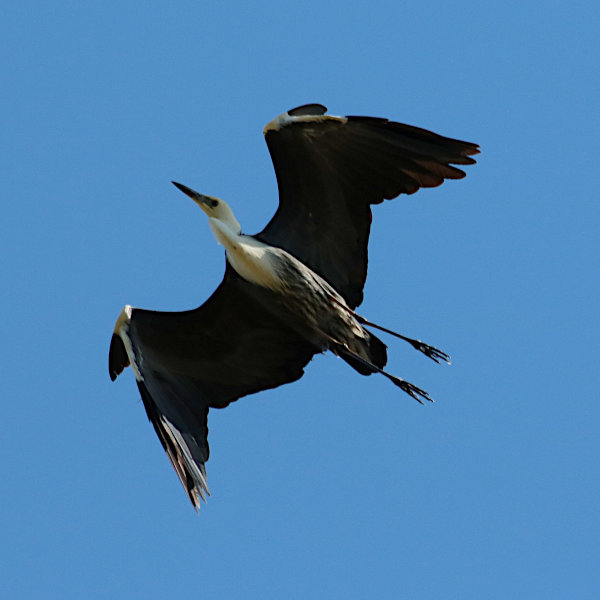 Ventral view of a White-necked Heron banking to land; in the process the bird is maximising its lift and sideways stability, which requires the use of the alulas 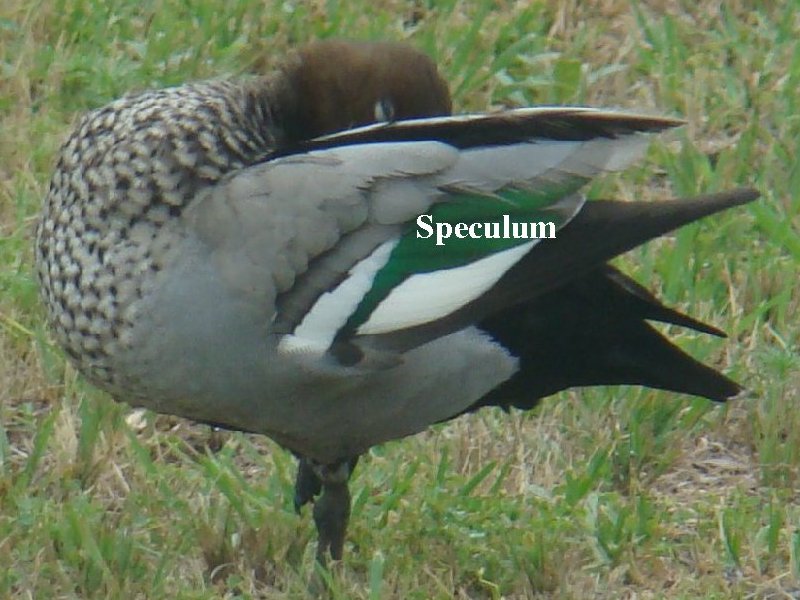 Many bird species are "dimorphic", i.e. there are differences, e.g. between male and female, in size and/or plumage. The most notable dimorphisms are

Some species have both a sexual AND a seasonal dimorphism. In most such cases, the males (which are different from the females) have different breeding and non-breeding plumages.