The most common form of bonding between pairs of birds is "allopreening", i.e. preening the partner.

In many bird species the nest duties are shared between female and male. However, in others one partner in a mated pair, usually the female, performs most, if not all, nest duties, i.e. after laying the eggs the female incubates them and then feeds the young in the nest until they fledge. Birds spending all their time in the nest, tending to the eggs and later the chicks, do not have sufficient time to find food for themselves. If they leave the nest too often or for too long, the brood will fail. They rely entirely on their partner to keep them fed. To optimize their chances of success, females that are entirely dependent on their partners will test the males' ability and willingness to provide them with food. They will use the begging calls usually made by dependent young to make him give up food. This behaviour can usually be seen in the middle of winter to early spring, at the start of the new breeding season. Thus forging a bond, a pair will then mate, build and later move into the nest, and thus start the reproductive cycle.

There are other instances in which bonding rituals are performed, for example when males and females migrate separately, but meet again at their old nest site upon their return to the breeding grounds, or just to reinforce their claim for a nest and territory.

Other types of bonding rituals include, e.g., pairs dancing together, singing in a duet, or performing nuptial flights. Entire families/clans can engage in bonding behaviour, for example when huddling (not only to keep each other warm).

There is a similar page describing bonding rituals in Australian species. 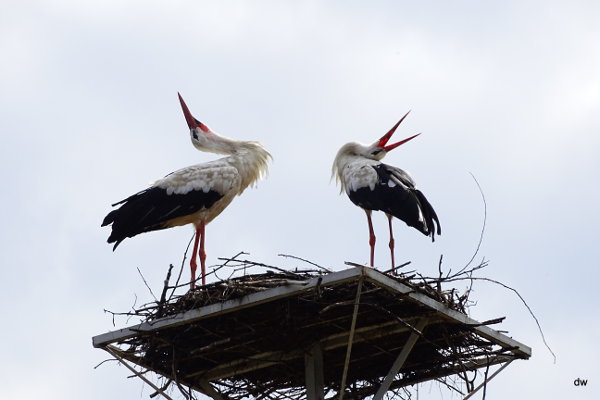 Example: Pair of White Storks performing a bonding ritual by clattering on their nest (photo courtesy of D. Wilczynska) 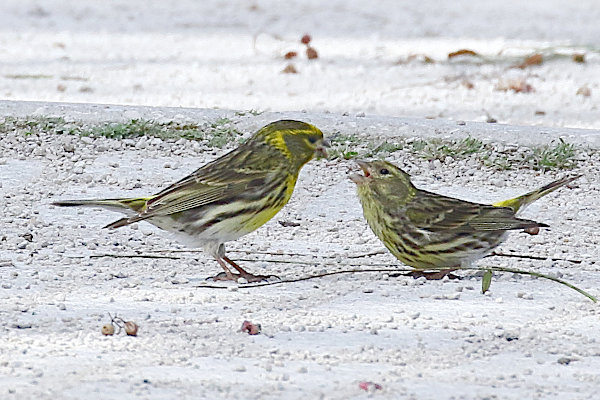