Here a description of the commonly used terms to describe birds' bodies and plumages. For more terms see the glossary. 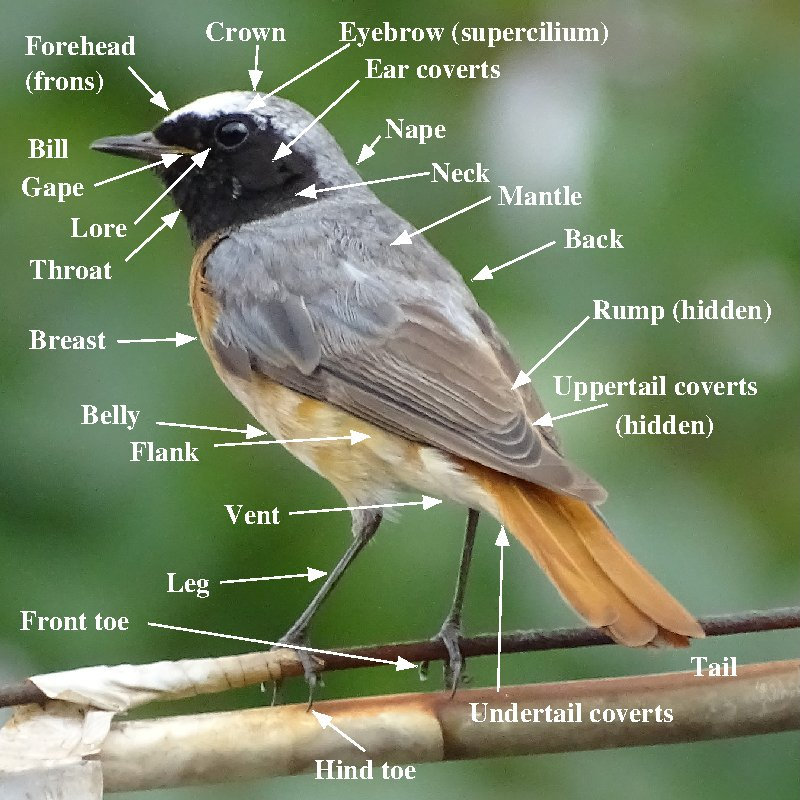 Lateral view of a Common Redstart; for a description of the wing plumage see below 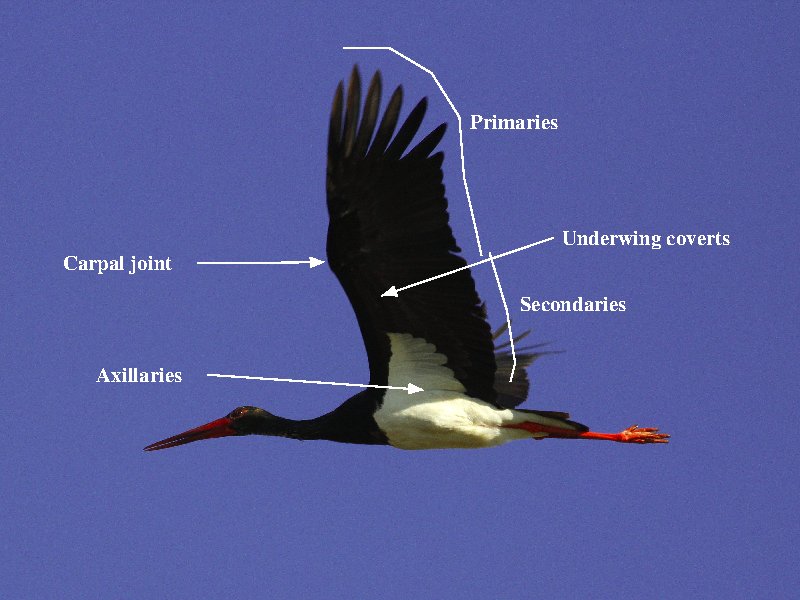 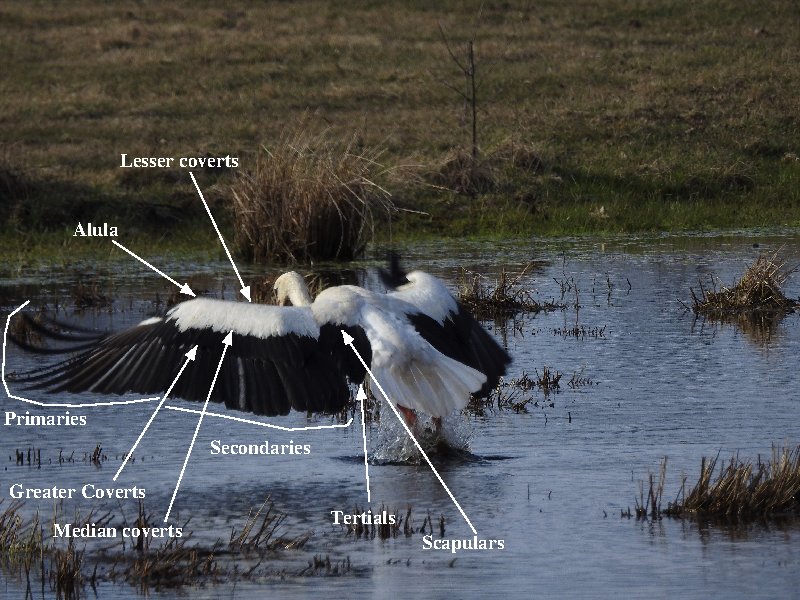 White Stork spreading its wings on the point of take-off

Some birds have prominent ceres, i.e. bare, fleshy parts just above their bills, in which the nostrils are located. The cere can sometimes used for identification purposes. Often the ceres of immature birds have different colours compared to those of adult bird or the ceres of males and females can differ. 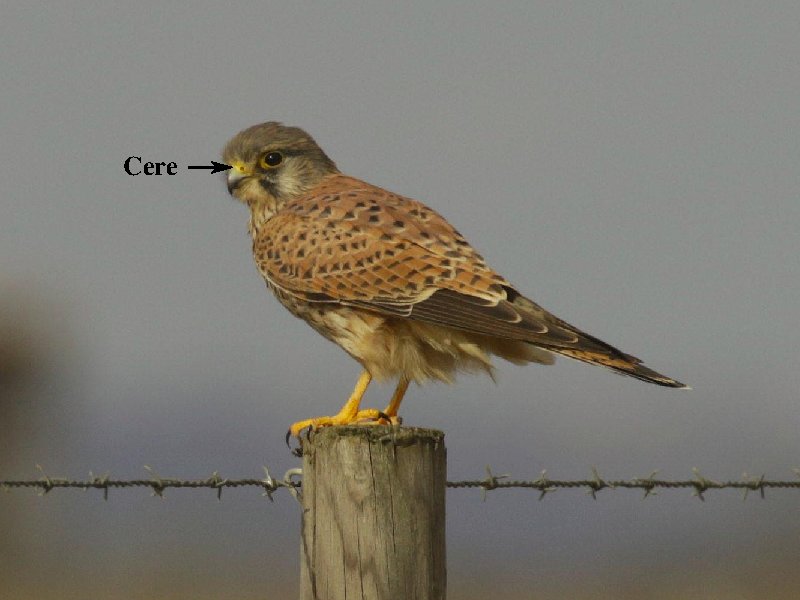 Lateral view of a male Common Kestrel, with its yellow cere

Many birds have crests, consisting of a number of feathers that can be erected. Some crests are inconspicuous, giving a bird's head a helmet-shaped appearance, others are prominent and colourful. 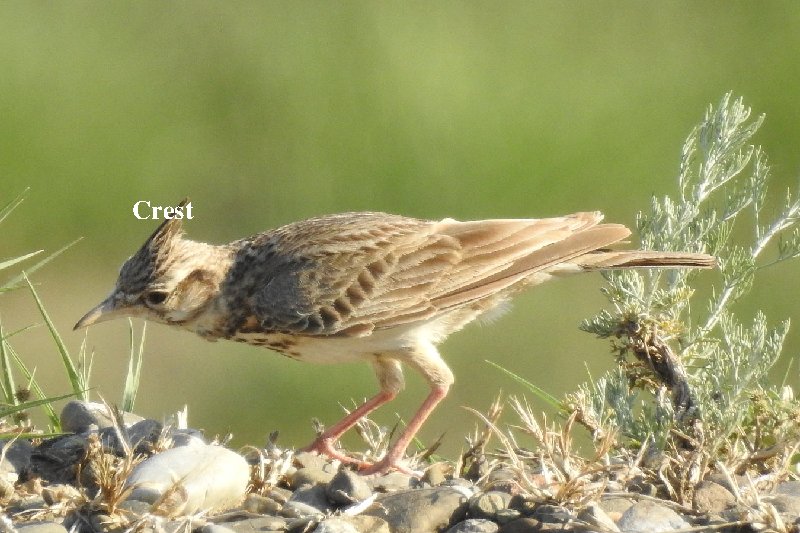 Inconspicuous crest of a Crested Lark 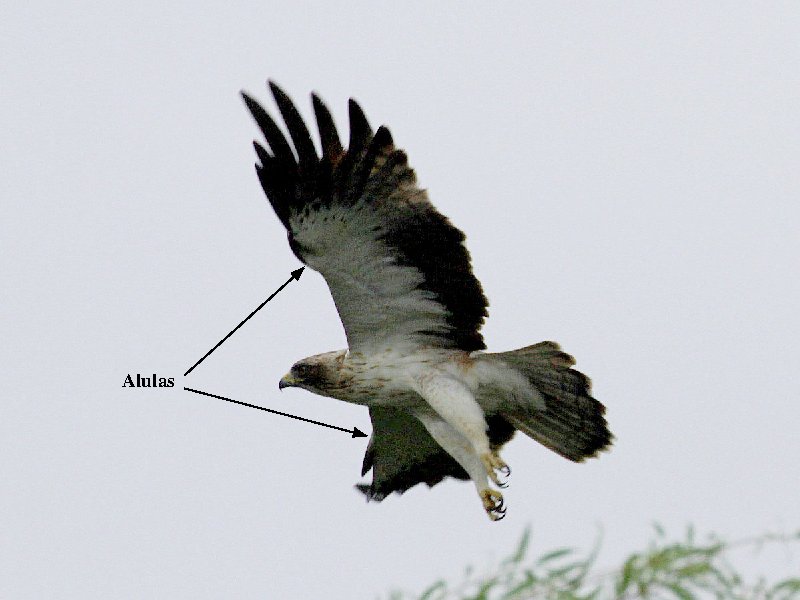 Alulas on the wings of a Booted Eagle

Lateral view of a male Mallard