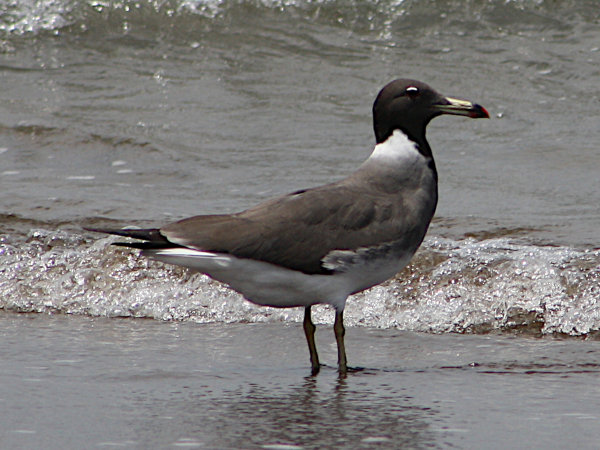 Lateral view of an adult Sooty Gull; note the sooty black head which is characteristic of this species' plumage, white neck and the red tip on the bill typical of adults 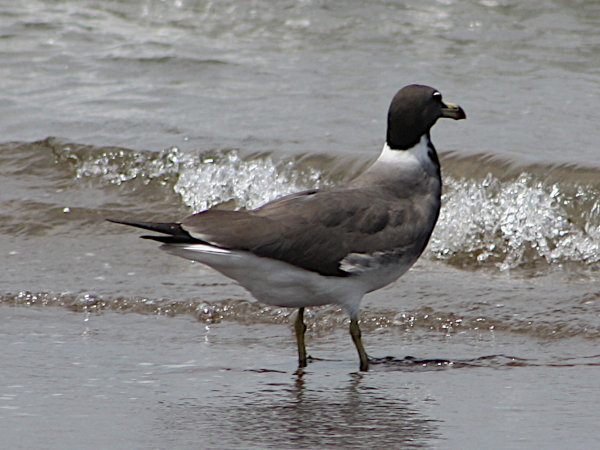 Near-dorsal view of an adult Sooty Gull in breeding plumage 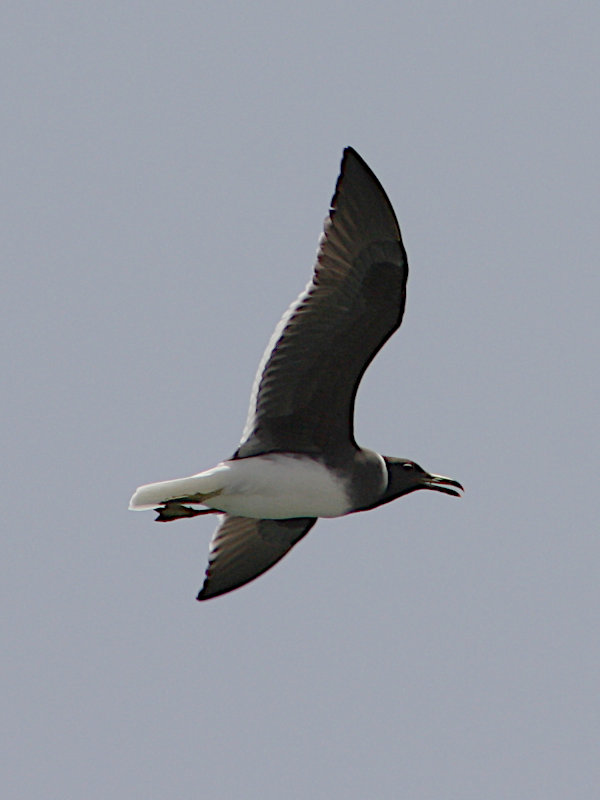 This near-adult (see tip of bill) Sooty Gull favoured its right leg, limping on the left 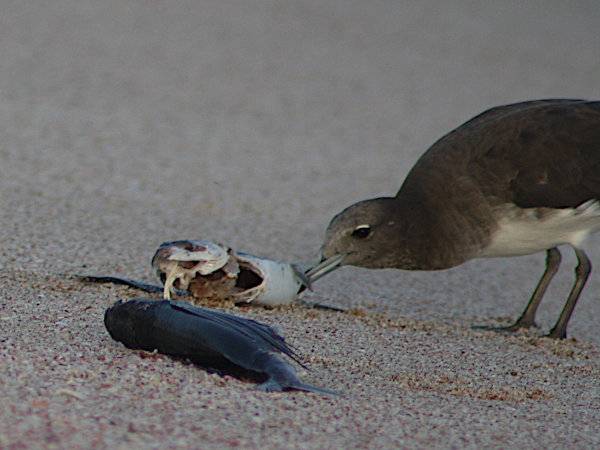 Frontal view of a second-winter Sooty Gull; note the black bill and the absence of any scalloping on the wing coverts 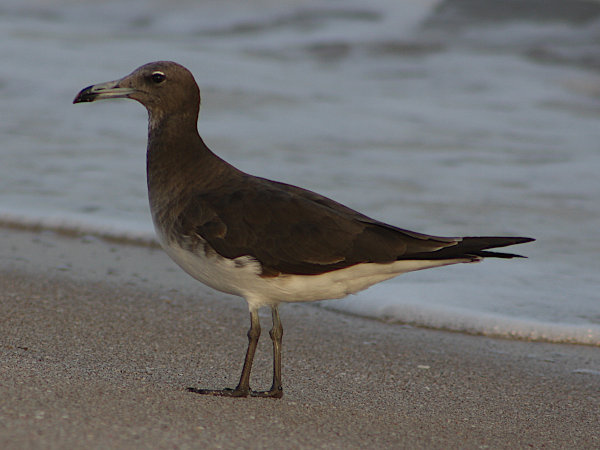 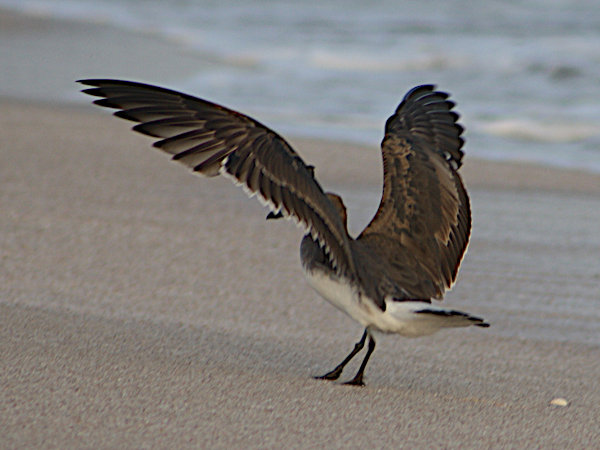 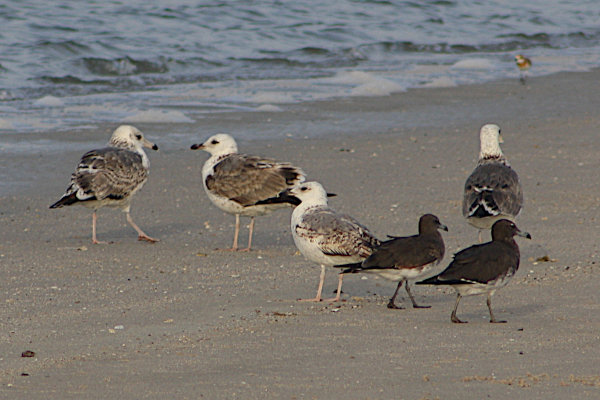 Like all gulls, Sooty Gulls are opportunistic. They will feed on anything from carrion and discarded entrails to fish, chicks of other bird species and eggs.