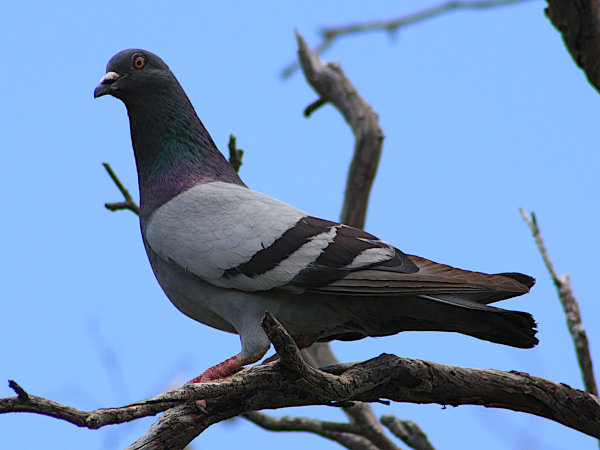 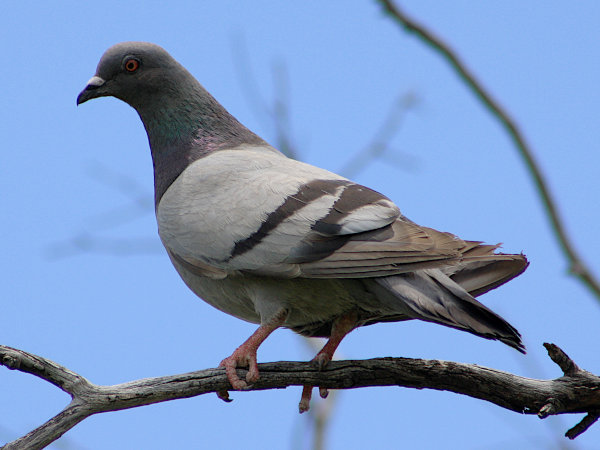 Photos of Rock Doves, nominate race "livia", were taken by us in Europe. 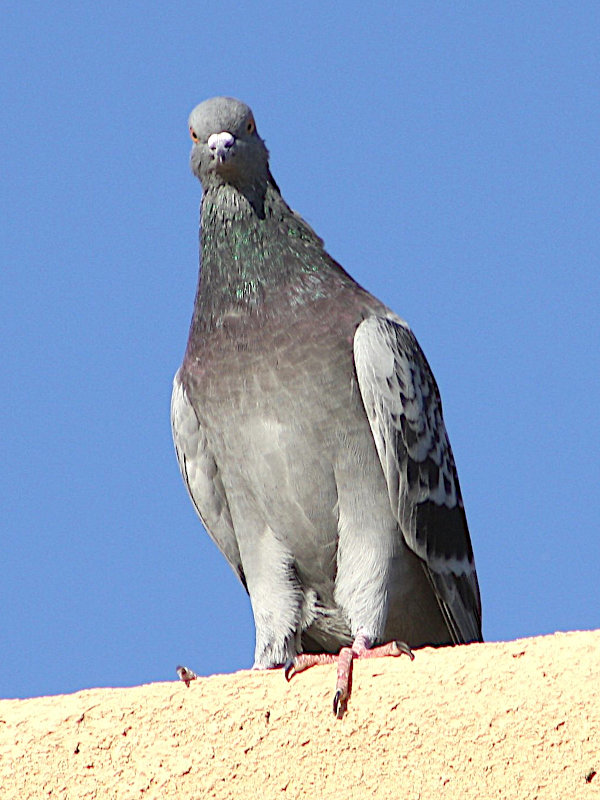 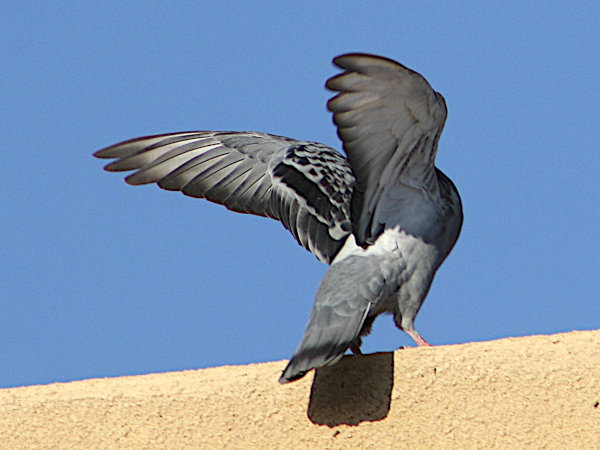 Here the same bird as above when landing 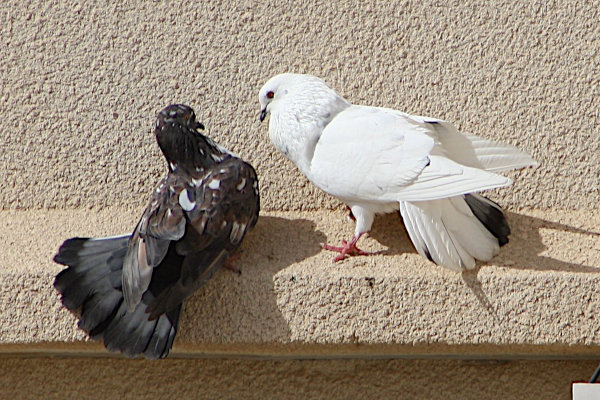 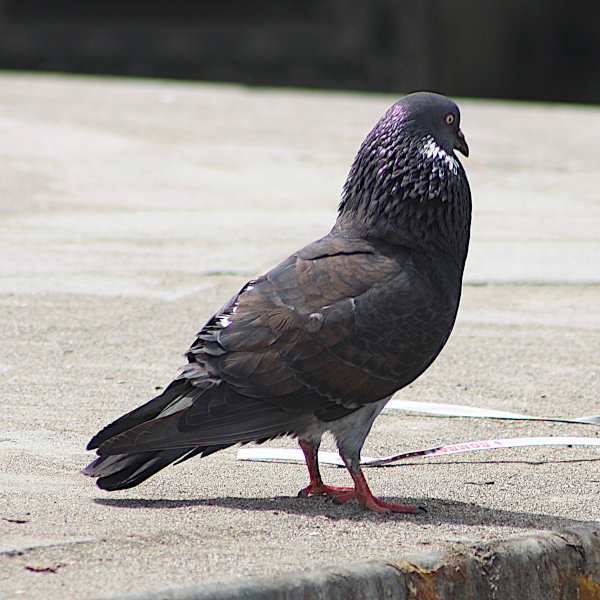 Cock trying to impress a hen 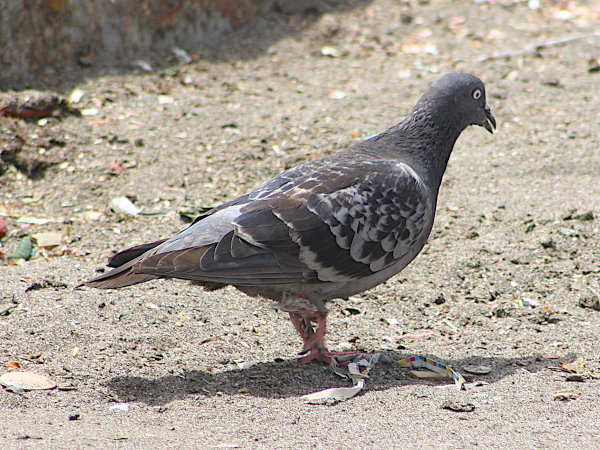 Here she is, not visibly taken in

More photos of feral pigeons were taken by us in Europe.

"Release Doves" are a special, all-white breed of the Rock Dove, used for release on ceremonial occasions. 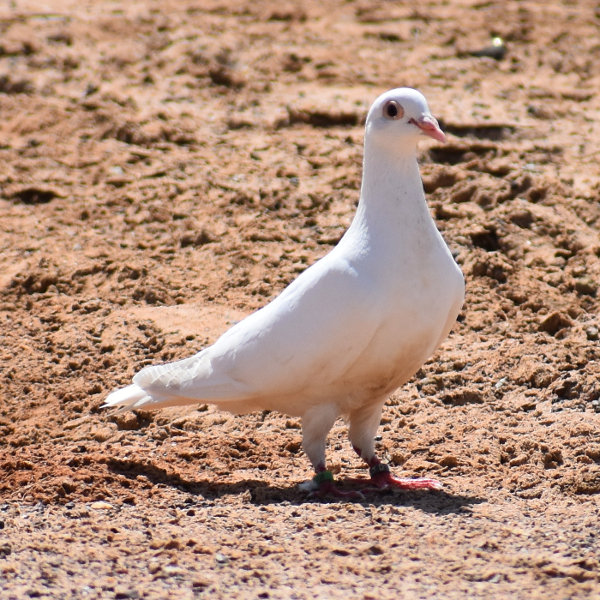 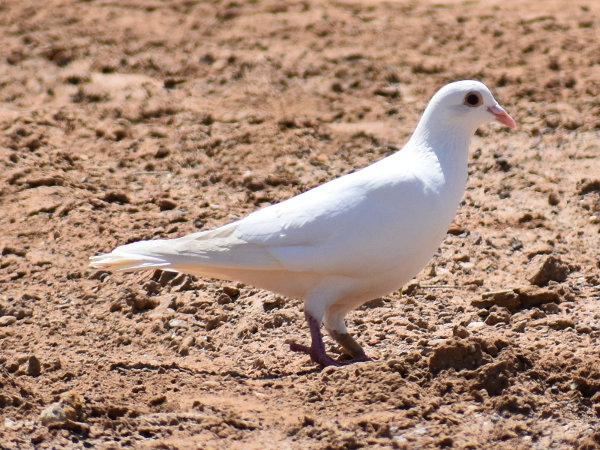 Given the right conditions, Rock Doves can breed at any time of year. They can have up to six clutches per year.

Rock Doves can nest on (rock) ledges or in tree hollows. Their nests are the basic collection of twigs typical of doves and pigeons. 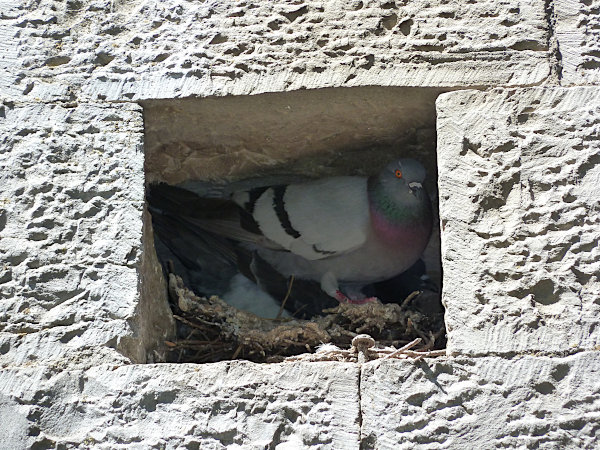 Rock Dove on its nest in a niche of an ancient building (photo courtesy of C. Pears) 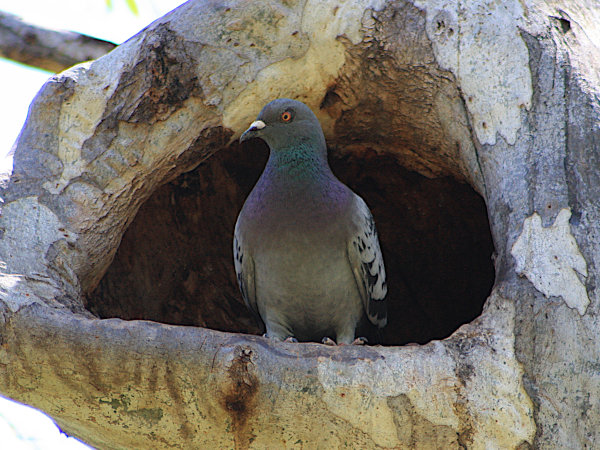 Rock Dove at the entrance of its nesting hollow 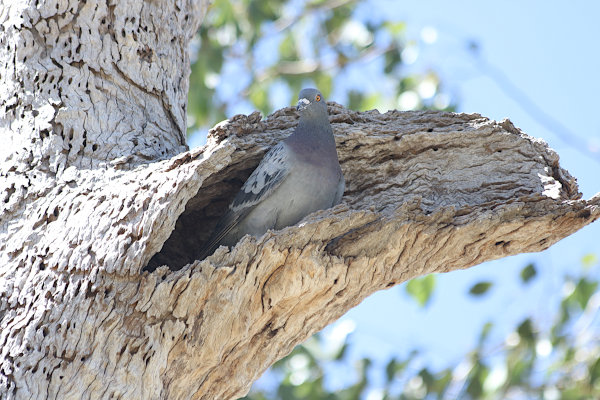 Rock Dove at the entrance of its nesting hollow

As all pigeons and doves, Rock Doves are strictly vegetarian. When not scavenging from humans, they feed exclusively on seeds.

Doves and pigeons do not, like other birds, open their bills when calling, but they rather "hum" through their noses, with the bill closed.