Here a few photos taken by us at PN Vicente Perez Rosalez. This is one of Chile's largest National Parks, with lots of different attractions, such as volcanoes, lakes, waterfalls, thermal springs, plus the near-pristine fauna and flora. Lago Todo Los Santos offers the unique possibility of a border crossing into Argentina by boat (the border crossing itself is on land, but on both sides access to this minor road is only by water). PN Vicente Perez Rosalez connects to PN Puyehue (to the north) and RN Llanquihue (to the south). On the Argentinian side, it connects with PN Nahuel Huapi. The park can be accessed from Puerto Montt and Osorno on the Chilean side and from San Carlos de Bariloche on the Argentinian side. 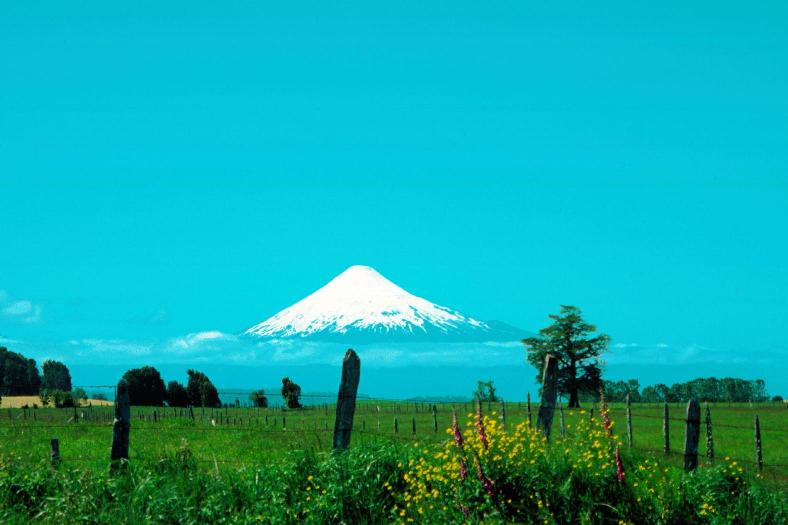 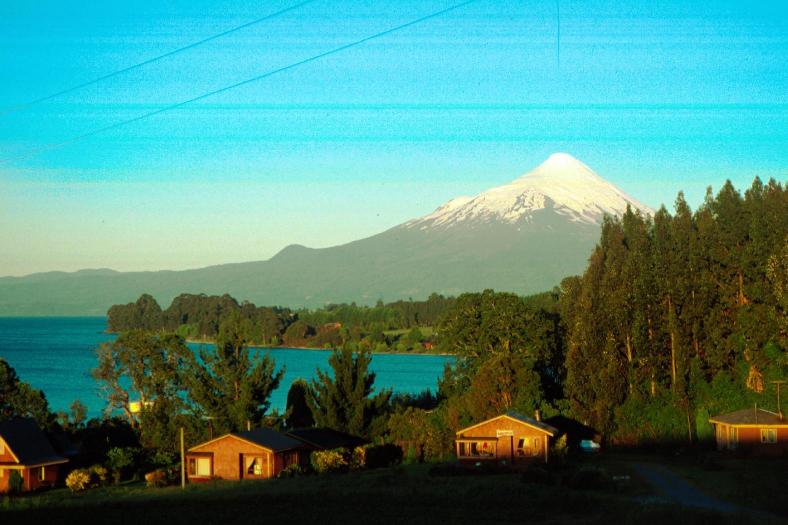 Different view of the Osorno, with tourist cabins outside the national park in the foreground 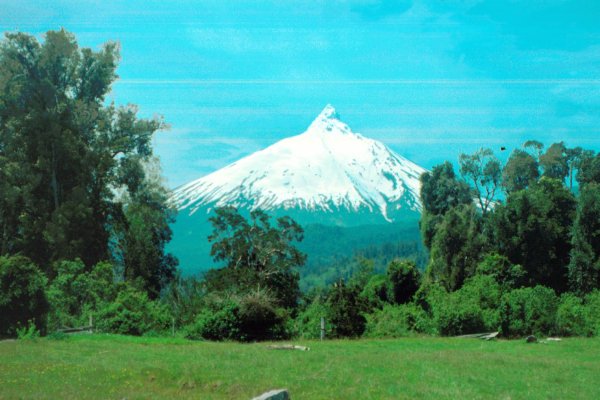 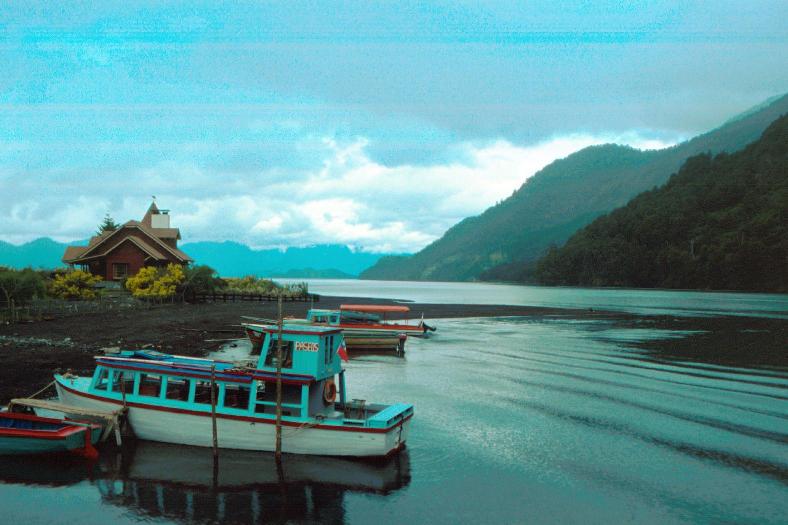 Lago Todos los Santos; from this point one can cross the lake on a trip to Argentina 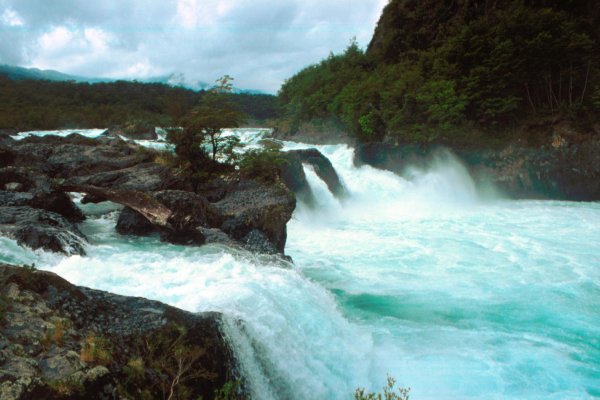 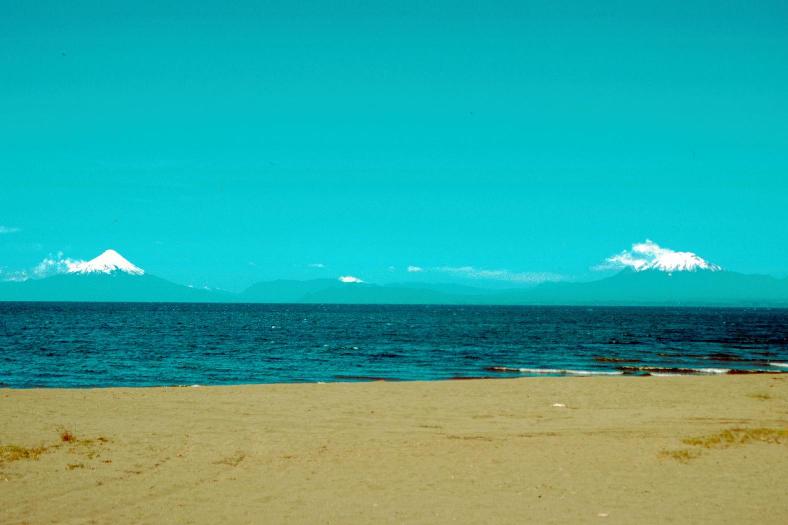 Photo impressions from Chile can be found here.