Here a few photos taken at Nitmiluk NP (formerly called "Katherine Gorge"). This gorge is located near Katherine, NT. Its main feature is the gorge carved by the Katherine River into the surrounding sandstone rock. It borders on Kakadu NP. The whole Top End of the NT has lots of examples of the cultural heritage of Aboriginal people in Australia, dating back up to tens of thousands of years. The NPs in this area not only protect the environment, but also this cultural heritage. 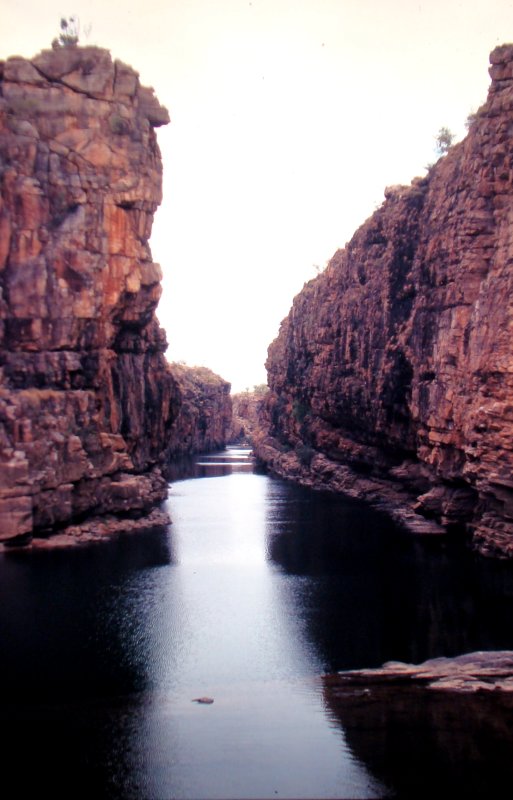 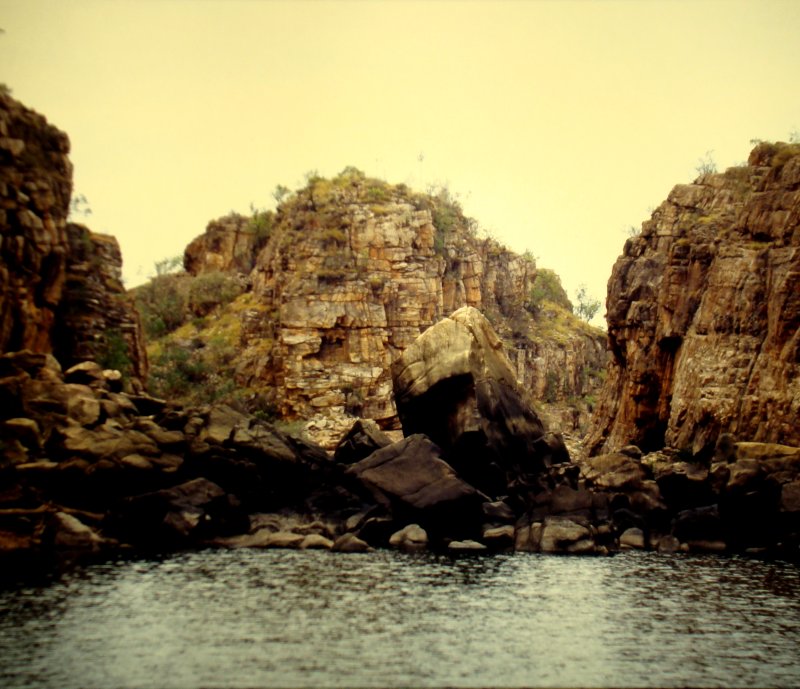 Further upstream one finds a junction of two gorges; the rocks scattered along the riverbed indicate that things can get a bit rough at times (during the wet season) 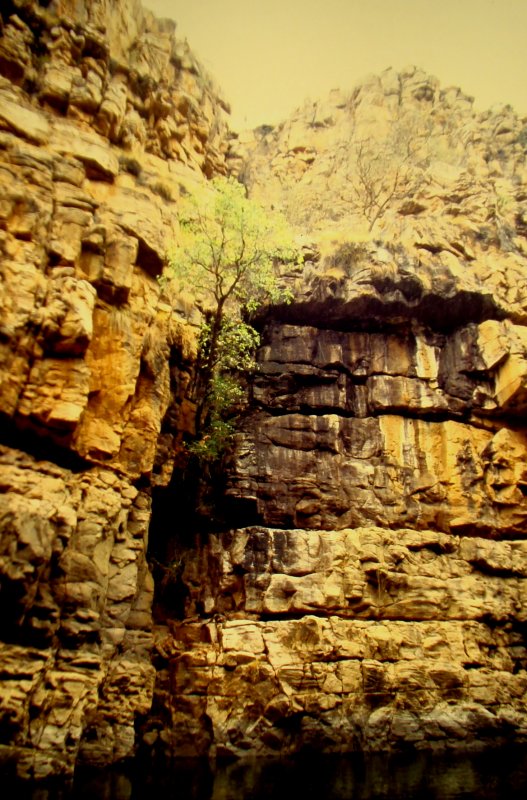 Every possibility is used to find a place to grow