This page describes gibber plains, i.e. flat country with stone desert in the interior of the Australian continent. This type of habitat is found in the most arid parts of the continent only. Very few bird species can survive in these conditions. It is probably not a chance coincidence that most of the bird species found in deserts are raptors and that those raptors take lizards and/or carrion.

There is a separate page describing sandy and salty deserts.

NB - Advice for those who plan to visit the red centre of the Australian continent: Trips into the Australian deserts, especially during summer, are potentially dangerous and should be appropriately prepared. Advice from locals on the proper procedures should be sought (and adhered to!). 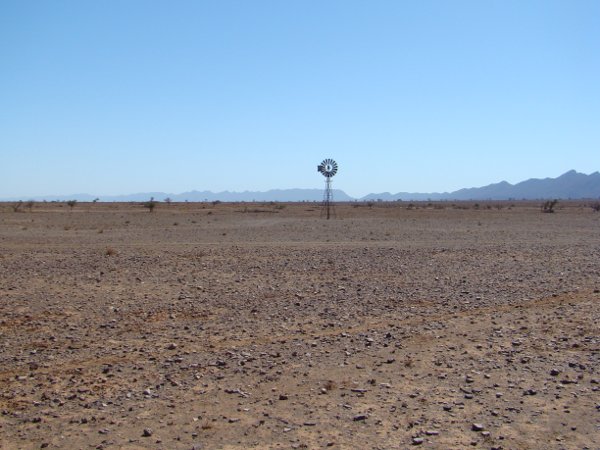 Sandstone gibber plains on the western side of the Gammon Ranges, north of Copley, SA; this land is used for pasture, but when the photo was taken, towards the end of a 10-year drought, all that was left was stones

Australian Pratincoles can often be seen by roadsides in gibber country, here in Sturt NP - for more information on this bird species, click here